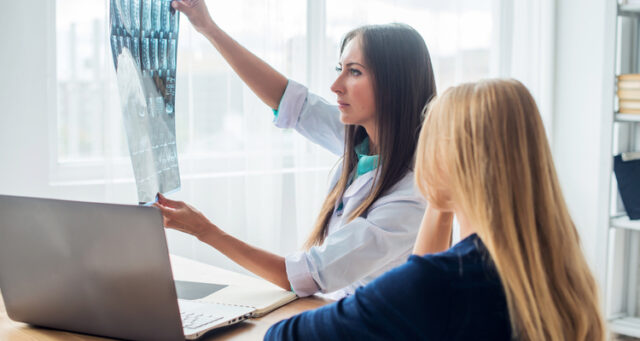 Lund-based Spago Nanomedical has recently been given the go-ahead to initiate a phase IIa study with the product candidate SN132D for the diagnosis of the widespread disease endometriosis. Patient recruitment has already begun and the company expects to be able to include the first patient shortly. BioStock talked to CEO Mats Hansen about the new area and the upcoming study, but also about the SPAGOPIX-01 study in breast cancer that recently was concluded.

First North-listed Spago Nanomedical develops new diagnostic and treatment concepts based on polymeric nanoparticles with precise targeting of specific tissue. In Tumorad, the company is developing a new radionuclide therapy for cancer, where the drug candidate 177Lu-SN201 is currently being prepared for the first clinical studies in humans.

Within the SpagoPix program, the company is developing a new gadolinium-free contrast agent for improved magnetic resonance imaging (MRI) imaging of cancer and other diseases. The product candidate SN132D has undergone clinical trial in SPAGOPIX-01, a phase I study in breast cancer that has recently been completed. The first results of the study will be presented at the 2022 San Antonio Breast Cancer Symposium (SABCS) on December 6-10, 2022.

Now, Spago Nanomedical is directing its SpagoPix focus on endometriosis, a chronic disease that, according to the WHO, affects about 10 per cent of reproductive age women worldwide. In this estrogen-dependent disease, cells which normally grow inside the uterus, have spread outside the organ, causing a chronic inflammation that leads to very painful menstruation, bleeding, chronic abdominal pain and infertility.

For many of those affected, endometriosis, in addition to the severe pain, also means reduced quality of life in the form of fatigue, depression and anxiety. The condition is also associated with large societal costs as those affected are often prevented from going to work or school due to their symptoms.

There are currently no curative treatments for endometriosis, today’s treatments are aimed at alleviating the symptoms through painkillers, various hormone treatments or surgery.

Several of the treatment methods mitigate the symptoms, but a major problem in healthcare is that it takes a long time to be diagnosed – today you have to wait an average of seven years. Through an early and more accurate diagnosis, affected women can receive treatment faster and this is where Spago Nanomedical’s product candidate can potentially make a difference.

In addition to faster treatment and higher quality of life for patients, Spago Nanomedical has also identified significant market potential for SpagoPix in the field. The company estimates the total addressable market for SN132D in endometriosis amounting to 500 MEUR annually.

BioStock had the opportunity to talk to CEO Mats Hansen about the product candidate SN132D, the upcoming study and what it means for Spago Nanomedical.

Mats, before we get into the endometriosis study, what can you say about the SPAGOPIX-01 study?

– We are now concluding the SPAGOPIX-01 study after reaching the primary goals we had regarding safety and initial efficacy. The results also indicate that they are consistent with the preclinical data we already had, which further validates our technology platform.

– During the week, we will present interim data from the SPAGOPIX-01 study during a symposium in San Antonio, USA. The final results will be published in the spring of 2023.

Will you continue the development of SpagoPix in the field of cancer?

– With the successful SPAGOPIX-01 study, we have now laid the foundation for continued development. Being able to show that SN132D is safe and that it works as intended, is a very good basis for further discussions with potential partners.

Now you will evaluate SN132D in endometriosis – why have you chosen this area?

– We will have the opportunity to position SpagoPix within an indication where MRI does not work optimally today. It is a large area where competition is not as fierce as in the field of cancer. Another aspect is that by showing that our technology potentially also works in endometriosis, we do not compete directly against potential partners’ existing products within cancer.

In what ways can SpagoPix improve the situation of people with endometriosis?

– A major problem for affected women is that it takes too long to get an accurate diagnosis and relevant treatment. By improving MRI diagnostics, we can also improve today’s methods, which include ultrasound and surgical procedures.

– Today’s MRI technology works and is non-invasive, but there is a lack of an effective contrast agent. With SpagoPix, we can potentially also help guide the curative surgery in a more precise way.

How is the study structured?

– The study will be conducted at Skåne University Hospital in Malmö under the leadership of Dr. Ligita Jokubkiene, Associate Professor and Senior Consultant at the Department of Obstetrics and Gynecology. The study will include up to 18 patients and is very similar to the design of the SPAGOPIX-01 study. Patients with suspected endometriosis will receive contrast agent and then we compare with and without SpagoPix. We will also compare with ultrasound diagnostics.

Finally, can you say anything about the timelines of the study?

–  The study starts immediately and the first patient is hopefully included soon. We then expect to be able to present results as early as mid-2023.

– This is a quick and efficient way for us to obtain an initial proof-of-concept within a very large indication where we see that SpagoPix has significant potential. 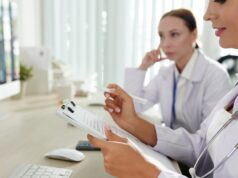 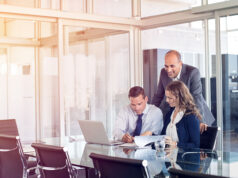 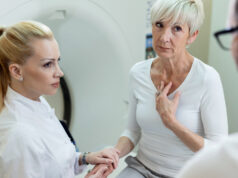