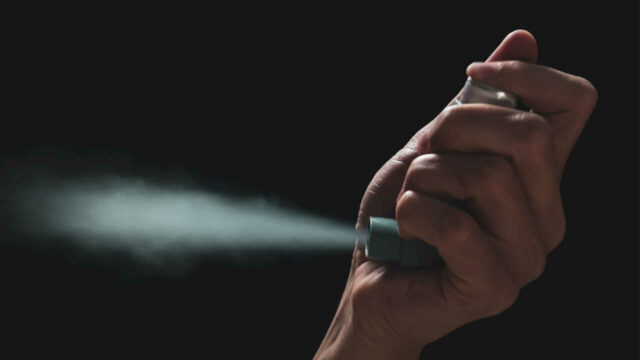 The second Advent candle had just been lit when Lund-based Arcede Pharma released its Q2 report for the fiscal year 2022. The company is busy working on the the final parts of the toxicology program, whilst at the same time preparing the drug candidate RCD405 for clinical studies. BioStock talked to Arcede Pharma’s CEO Mia Lundblad about her view of the past quarter and what is next for the company.

Arcede Pharma develops the double-acting drug candidate RCD405 for the treatment of chronic obstructive pulmonary disease (COPD) and severe asthma. The drug candidate differs from existing treatments in that it acts both airway relaxant and anti-inflammatory. The company’s hope is to ultimately be able to offer the market a drug that is more effective than today’s treatments and that can affect the underlying disease progression.

Further studies to increase the understanding of RCD405

When Arcede Pharma reports its Q2 of the fiscal year 2022, the focus lies on the planning that has characterised the quarter. Among other things, the company says that it is preparing for further preclinical studies aimed at gaining in-depth knowledge of RCD405. In previous ex vivo studies on lung tissue with induced contraction, the candidate has shown a concentration-dependent relaxant effect. Now, the company wants to know more about how the substance works in vivo and dig deeper into its clinical potential.

According to Arcede Pharma, the results from the planned in vivo trials will play a central role in the continued work towards clinical studies. They will guide decisions regarding, among other things, study design, patient population and dosage.

Work with formulation is ongoing

In the meantime, Arcede Pharma is continuing work on the new formulation together with partner Iconovo. The plan is to use Iconovo’s ICOone inhaler in the clinical studies and the work to obtain the most optimal mixture of RCD405 and excipients is extremely important.

In order to be able to carry out the above-mentioned studies and the continued work on the formulation, a new batch of RCD405 is needed. Arcede Pharma states that it has signed a production agreement and that the synthesis is ongoing.

Interim results from the toxicological program

However, the most important step before clinical tests can begin is the completion of the preclinical toxicology program. Arcede Pharma recently announced results from the first part of the program. The substance is well tolerated, and no unexpected effects or side effects have been seen, so far. At the same time, Arcede Pharma informed that the second part of the toxicology program had been slightly delayed due to a global shortage of laboratory animals. In a comment to BioStock, CEO Mia Lundblad wrote at the time:

“We have regular communication with our contract laboratory, and of course, we try to minimise the delay as much as possible, so that it is limited to a few months.”

Furthermore, Arcede Pharma recently announced that it has received a so-called notice of allowance from the Japanese Patent Office regarding the patent application for the RESP9000 series, which includes RCD405. The patent provides protection in the Japanese market until 2039. The company has previously had patents granted by the European Patent Office and by the patent offices in Belgium, Switzerland, Germany, Spain, Finland, France, the UK, Ireland, Italy, the Netherlands, Portugal, Sweden and South Africa.

During the first six months of the fiscal year 2022, cash flow amounted to just over -6.6 MSEK and at the end of the period, cash amounted to a total of 17.9 MSEK. BioStock contacted CEO Mia Lundblad to get her view on the second quarter and on what is next for the company.

First of all, how would you describe the past quarter?

– It has been a very positive quarter where a lot has happene, both in terms of science, where we have established a lot of valuable collaborations, and in terms of the administrative side regarding, for example, patents.

You are preparing in vivo studies with RCD405 to find out more about its mechanism of action. What specifically are you interested in investigating?

– We want to be able to specify the anti-inflammatory effect in even more detail so that we thereby better understand the full potential of RCD405. This enables us to more specifically select the patients and patient populations that can be expected to have the most and best effect.

With the Japanese approval, your patent for the 9000 series has been approved in most of the major markets you are targeting. The main country missing from that list is the United States. How is your application progressing regarding the US market?

– We have an injunction in the US, but in general the outcome is positive, and the claims are considered patentable, and we intend to complete the application. However, it is difficult to say anything as to the timing of any approval.