Home Nyheter Pricing in focus for Respiratorius ahead of partnering discussions 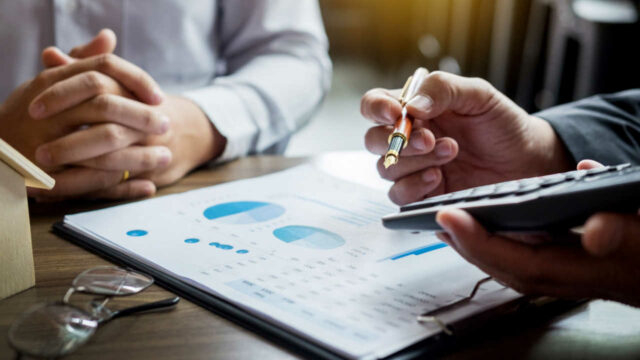 Oncology company Respiratorius are now working on marketing VAL001 with the aim of securing a partnership. A new formulation makes it possible to differentiate from already available products and is considered the single most important component to ensure attractive pricing for an upcoming market launch. In this article, BioStock looks at the company’s own pricing analysis and the market potential that it believes the project possesses.

In 2018, the company presented data in the highly ranked scientific journal of the American Society of Hematology – Blood Advances that showed a 100 per cent survival in 32 patients one year after treatment with VAL001 in combination with R-CHOP. It also showed a 2-year survival rate of 96.8 per cent. The results can be compared with a reference population from the Swedish lymphoma registry, treated with R-CHOP alone, whose 1- and 2-year survival rates were 89.6 and 81.7 per cent, respectively.

The treatment results with VAL001 in combination with R-CHOP have been so promising that the European Medicines Agency (EMA) has recommended the company to proceed directly to phase III instead of first conducting a phase IIb study. The accelerated process is also partly due to VAL001 having so-called Orphan Drug Designation.

The fact that VAL001 is based on a drug already used for other diseases provides advantages, mainly a reduced development risk because the side effect profile is already known. On the other hand, there are generic versions of valproate on the market, which needs to be considered with regards to achieving a potential premium price for VAL001.

Respiratorius’ strategy to secure as favourable a pricing as possible for VAL001 is to develop a formulation that is specifically developed for the purpose – where a rapid release of valproate is combined with a sustained release. Such a formulation has been tested in a so-called PK study and the preliminary results indicate that the formulation has been successful. Read more about the study here.

The new formulation should be able to offer the patient a significantly more attractive dosing alternative, with only two daily doses using the combined release profile, while maintaining the expected concentrations and thus previously demonstrated treatment effect. In this way, VAL001 differs from other drugs containing the substance valproate.

In parallel with the PK study, Respiratorius has initiated the partnering process with VAL001. An important part of this work has been to investigate possible pricing for the drug candidate. BioStock has  had access to the pricing analysis performed by the company, and which will be an important piece of the puzzle in the ongoing discussions with potential partners.

Working with the pricing for VAL001, Respiratorius has focused on the four largest markets in the EU (France, Germany, Italy, Spain), the UK and the US. According to the company, the total number of new cases of DLBCL in these designated markets amounts to approximately 43,300 per year. Unsurprisingly, Respiratorius expects to be able to achieve its most attractive pricing in the US.

Based on a set of standard assumptions regarding the average patient, Respiratorius expects VAL001 to be in a high-price scenario that is in line with the price of other high-priced treatments. With a market penetration of about 50 per cent, peak sales is expected to be around 1 billion USD per year.

In other focus markets, the company expects generics to play a much larger role in price negotiations than in the US. The estimate for peak sales in Europe is thus significantly lower than the on US market. The overall potential thus depends heavily on the US pricing.

The company’s analysis also takes into account the probability of the different price ranges and, according to this analysis, it is more likely to reach a mid- or high-price scenario, which would imply a total market potential of up to 1.2 billion USD per year. In this scenario, all focus markets are included. In a low-cost scenario, Respiratorius estimates that the total market potential could be up to 0.4 billion USD per year.

Partner agreements the next step on the journey towards peak sales

As we discussed earlier, Respiratorius is looking for a partner to take VAL001 through phase III studies and onwards to the market. In addition to efficacy data, pricing and time to market are two important components of the negotiation process.

Respiratorius expects a pivotal phase III study with VAL001 to take around 4 – 5 years, depending on follow-up of results and expected recruitment rate. Once the study is completed, it will take another approximately 1.5 years from the time the application for market approval is submitted until the drug reaches the market.

In this context, it should be noted that VAL001 will only need to conduct one phase III study, as opposed to the standard two, for marketing approval. This significant advantage comes from the fact that the candidate has orphan drug status.

What an agreement might look like in terms of possible upfront payment and milestone payments, as well as the total value is yet to be seen – but we are clearly closing in on a pivotal moment for Respiratorius. You can learn more about Respiratorius here.