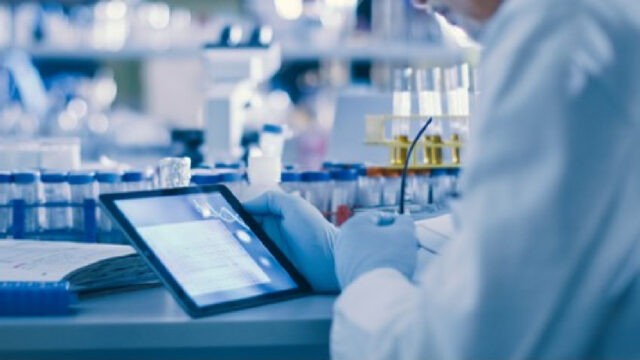 During Emplicure’s third quarter, the focus has been on the pharmacokinetic study with the company’s main project Empli03, which is aimed at patients with chronic pain. A new CEO was also appointed during the quarter and a holding company structure was implemented. BioStock talked to the company’s newly appointed CEO Håkan Engqvist about the past quarter.

Uppsala-based Emplicure currently has two main focuses, pain medicines and nicotine products. In the subsidiary Emplipharm, new drugs are created for patients with chronic pain, where approved drug substances are combined with the company’s patented bioceramic platforms to create new and improved drugs with properties such as tailor-made release profiles.

Emplicure’s primary candidate Empli03 is a buccal tablet where the company’s bioceramic material is combined with the opioid buprenorphine for the treatment of chronic pain. The tablet is placed under the upper lip and should provide stable pain relief through controlled release of buprenorphine. The goal of the project is to be able to offer a painkiller and patient-controlled treatment that is more difficult to abuse than the drugs available on the market today.

The subsidiary Amplicon develops products for the consumer market. The longest-running project, formerly called Amp01 but now registered under the trademark freee, is a nicotine product for oral use. Discussions are now ongoing with potential partners.

In September, the UK authorities announced that Emplicure’s application to conduct a clinical pharmacokinetic (PK) study of Empli03 was approved. The purpose of the study is to document the safety profile of Empli03 and the pharmacokinetic properties of the medicine in humans.

After the end of the quarter, the first dosing with Empli03 was carried out in the study. Twelve healthy volunteers were each dosed with a single oral dose of the buccal tablet placed under the upper lip. All study participants were able to leave the clinic according to plan after the follow-up had ended. The company expects top-line data from the study to be presented in early 2023.

Continues to operate in a holding company structure

Another piece of important news during the quarter came when the Board of Directors decided in September that the business will be conducted in a holding company structure going forward. Emplicure will be the holding company in the group, while the operational activities are conducted in subsidiaries. The reason for the restructuring is stated in a press release to be to “make visible and strengthen the group’s ability to focus on business and product development in several different product areas”.

The restructuring means that Amplicon will continue to be a subsidiary of Emplicure, while a new wholly owned subsidiary is formed where the drug development will be located. In connection with this, the company’s Board of Directors appointed Tomas Hammargren as CEO of the subsidiary Amplicon.

After the end of the quarter, Emplicure announced that it had entered into a loan agreement with a consortium of lenders in which the company had borrowed 9 million SEK. In the short term the loan will strengthen the company’s working capital and meet the requirement for existing share capital to run the company in the coming year.

Perhaps the biggest news during the period came in September, when Emplicure’s co-founder Håkan Engqvist took over as President and CEO. BioStock recently invited him to the studio for a comment on how he sees his new role, which you can see here. In connection with the report, we contacted Engqvist to get his view on the past quarter.

Håkan, it’s your first quarter as CEO. How has the period been?

— It’s been very hectic and interesting. We have a number of ongoing sub-projects that should be completed and a number of other projects that are now being planned and will be launched in the coming months. Through our development work, we quickly learn new things about how and for what our bioceramics can be used. Now we make sure to focus on the right things, in the right order and at the right time to optimise the company’s resources, and to reach the market as quickly as possible.

You recently announced that you had taken out a loan of 9 million SEK. Why did you choose this financing solution?

— Our primary need was to strengthen working capital in the short term in order to be able to continue negotiations with potential partners within Amplicon. A rights issue would have been too complex and time-consuming for that purpose.

In the report’s CEO statement, you write that during the quarter you took several important steps to lead the company into a new phase of product development and commercialisation. Can you tell us more about these steps?

— We want to be able to work together with partners to develop strong products in markets that represent great opportunities. The fact that the development of freee continues, that we learn more and more about the market and that Empli03 is now in clinical phase is very important to us.

During the quarter, you decided to from now on function using a holding company structure. Can you elaborate on why?

— Our business model of co-developing products with partners demands that we can be clear in our communication and working methods. When we have two such different business areas, which admittedly overlap in technology, it is better for us to run the business in separate companies. In addition, it opens up the possibility that new areas can be added in the future in a transparent way.