Home Interviews Idogen strengthens the Board with Jan Holgersson 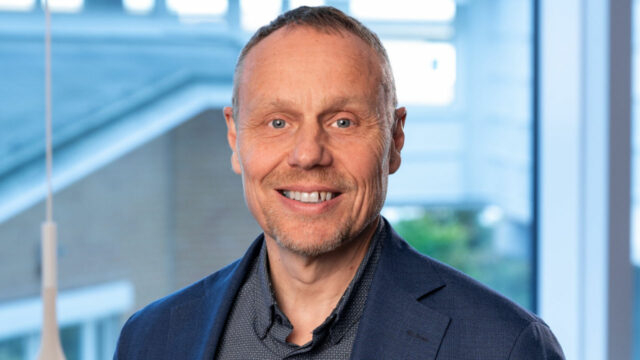 Idogen strengthens the Board of Directors with Professor Jan Holgersson, who has extensive experience in immunology and who has been a member of the company’s Scientific Advisory Board for several years. BioStock contacted Holgersson to find out more about his new role and his thoughts on the company’s cell therapy development.

Idogen develops tolerogenic cell therapies for the treatment of unwanted activation of the immune system. The company’s most advanced program, IDO 8, aims to restore the effect of treatment with factor VIII in patients with hemophilia A, the most common type of hemophilia.

In October, the first patient with haemophilia A was included in Idogen’s clinical phase I/IIa study. Hemophilia A is caused by a lack of FVIII, which leads to the need for FVIII replacement treatment to treat and prevent bleeding. More than 30 per cent of the patients develop antibodies that inhibit the effect of the treatment – a major problem that Idogen wants to solve. The company’s cell therapy ItolDC-028 aims to induce immune tolerance so that the patient can again be treated with FVIII.

Idogen also sees a number of other applications for the company’s technology platform, for example in transplantation, IDO T, and autoimmune diseases, IDO AID.

Jan Holgersson joins the Board of Directors

Idogen’s Board of Directors currently consists of Agneta Edberg, Chair, Sharon Longhurst and Christina Herder, who is also acting CEO. The board is now also strengthened with Jan Holgersson in the role of co-opted board member.

Holgersson is Professor of Transplant Immunology at the University of Gothenburg and Medical Director of the Tissue Typing Laboratory at Sahlgrenska University Hospital. His research is focused on understanding the immunological mechanisms behind the rejection of transplanted organs.

Professor Holgersson has previously served as a scientific advisor to the company and has contributed to the understanding of the cell therapy’s mechanism of action.

BioStock contacted Jan Holgersson to find out more about his background and what he wants to contribute with on Idogen’s board.

First of all, could you tell us a little about yourself and your professional background?

– I am a specialist in Clinical Immunology, Chief Physician and Medical Director at the Tissue Typing Laboratory, Sahlgrenska University Hospital, where we investigate how well the patient and the donor fit each other immunologically for both organ and stem cell transplantation.

– I have a Professorship in Transplant Immunology at Sahlgrenska Academy at the University of Gothenburg. My research is focused on the importance of antibodies for organ rejection. For pretty much my entire career, I have also been interested in entrepreneurship. I co-founded my first of three companies in 1999 and am currently Chairman of the Board of one of them, VERIGRAFT AB.

»I am a specialist in Clinical Immunology, Chief Physician and Medical Director at the Tissue Typing Laboratory, Sahlgrenska University Hospital […] For pretty much my entire career, I have also been interested in entrepreneurship.«

You have until now been a scientific advisor to Idogen. What insights and knowledge have you been able to contribute with?

– I believe that my knowledge in medicine and immunology, in combination with an understanding of regulatory and commercial limitations, allows me to see problems and solutions from several perspectives. Not least in terms of how we should prioritise between different development activities.

How does your role change now when you are a board member?

– I look forward to getting a complete picture of the company and contributing to the company’s development on an overall strategic level.

What do you find particularly interesting about Idogen’s cell therapy development?

– Cell therapy is a form of therapy that will revolutionise our ability to treat diseases where traditional treatment today has limited effect. Large pharmaceutical companies are building up their own programs for cell therapy, which means that there are several potential takers of cell therapies developed by smaller companies. The so-called ATMP (advanced therapy medicinal products) field, in which cell therapy is found, is very hot among investors as well.

– Being able to therapeutically exploit the immune system’s ability to induce tolerance would revolutionise the treatment of medical conditions caused by an unwanted activation of the immune system, e.g., in autoimmune diseases or rejection of transplants.

In addition to the cell therapy program in hemophilia, Idogen plans to develop a cell therapy to counteract organ rejection. Why is there a need for such a treatment?

– Today, organ transplant rejection is prevented by generally inhibiting the immune system. The disadvantage of this is that patients become susceptible to infection and are at an increased risk of developing tumours. With Idogen’s IDO T project, the goal is to induce a tolerance that encompasses only the transplanted structures that are foreign to the body. In this way, you can reduce the dose of, or completely avoid, generally immunosuppressive drugs and their side effects.