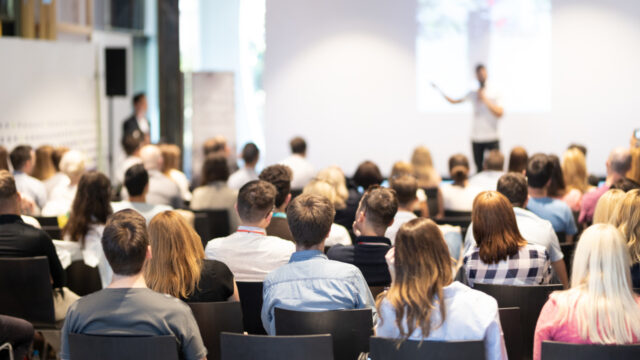 Iconovo recently published its report for the third quarter where they reported on progress within the projects and an increased sales compared to the same period last year. In October, the company arranged a network meeting at Medicon Village in Lund regarding the importance of preparing for the next pandemic. During the event, Iconovo talked about the project with the Bill & Melinda Gates Foundation for the development of a low-cost product for viral infections based on ICOone Nasal, the company’s nasal disposable inhaler that recently received good reviews in a user study.

Iconovo has the knowledge required to develop complete inhalation products, i.e. both drug formulation and inhaler. The company has developed four inhalation platforms – ICOres, ICOpre, ICOcap and ICOone as well as the nasal version ICOone Nasal. The inhalers are used for the development of generic drugs and novel pharmaceuticals in collaboration with global pharmaceutical companies or other organisations.

During Iconovo’s third quarter, net sales amounted to 7.2 MSEK from milestone payments for the company’s ongoing projects. This is an increase compared to the same period in 2021 when sales amounted to 6.17 MSEK. At the end of the period, the cash position was approximately 42 MSEK, giving a solid foundation for the continued work on the company’s projects and to attract more business opportunities.

According to the Q3 report, the company has attended several conferences where they saw great interest in ICOpre, the company’s inhalation platform for generic versions of all products in GSK‘s Ellipta portfolio. The goal is to reach a global agreement for ICOpre within the next 18 months.

The company is also working with the subsidiary Iconovo Pharma to sell pharmaceuticals in the Nordic region. The goal is to establish the required systems so that the company is ready to launch in 2023.

Preparing for the next pandemic – focusing on infectious disease

On October 25, Medicon Valley Alliance and Iconovo arranged a network meeting at Medicon Village in Lund with the theme “Preparing for the next pandemic – focusing on infectious disease“. New pandemics will arise and it is important to be able to respond quickly to outbreaks of infectious diseases. Several companies attended the event to present their technologies and thoughts on the topic, as well as their lessons learned from the Covid-19 pandemic.

Iconovo’s CTO and founder Orest Lastow talked about the company’s project with the Bill & Melinda Gates Foundation aiming to make society ready for the next pandemic. Iconovo has received a grant of approximately 9 MSEK from the organisation to develop a fast track for inhaled therapies for viral infections in the respiratory tract. The idea is that the medical substance will be administered with ICOone Nasal to both the nose and lung to cover as large area of the airways as possible.

The project runs until June 2023 and the goal is to reach the market with important drugs in a simple and fast way, which can particularly benefit low-income countries. The long-term vision is to create a platform for commercial production with the capacity to manufacture 100 million inhalers in a short period of time.

Progress in the development of inhaled Covid-19 vaccine

At the pandemic event at Medicon Village, we also got an update from ISR Immune System Regulations regarding the development of the inhaled Covid-19 vaccine ISR52 in ICOone Nasal. The company’s Chief of Clinical Operations Nigel Goodman said that they have received approval to start a phase I/II clinical trial in Bangladesh, but that they are awaiting funding to be able to start the study.

ISR has also secured production for phase III and commercialisation – German Gerresheimer will carry out large-scale production of ICOone Nasal and American Catalent will be responsible for the production of dry powder.

An important factor for Iconovo’s disposable inhalers to have an impact is that they are easy to use. Both ICOone and ICOone Nasal should be so simple and intuitive to use that anyone can handle them correctly, without detailed instructions or the help of healthcare professionals. The user-friendliness of ICOone Nasal was recently confirmed in a so-called human factor study conducted by the consulting company Emergo. 15 people between the ages of 16 and 75 participated in the study.

Overall, the participants had a positive impression of ICOone Nasal – they said that it was easy to handle, that the design was appealing and that no complicated preparations were required to use the inhaler. Iconovo’s CEO Johan Wäborg commented on the results in a press release:

»Inhalation therapy offers flexible and targeted treatment of respiratory diseases, but optimal drug delivery requires that the inhaler is easy to handle, even for novice users. The successful user study that we have now conducted is therefore an important step that adds value to the product development of ICOone«

In addition to the ease of use, ICOone Nasal has a very low manufacturing and treatment cost. The dry powder is protected from moisture with aluminum foil, which is important for many biological drugs and vaccines.

BioStock looks forward to following the development of ICOone Nasal and ICOone, both of which were given considerable space in Iconovo’s Q3 report published on October 28.

With new collaborations, a stable cash position and an expanded laboratory capacity, Iconovo is set to achieve the goals for 2022, which include entering into new agreements.