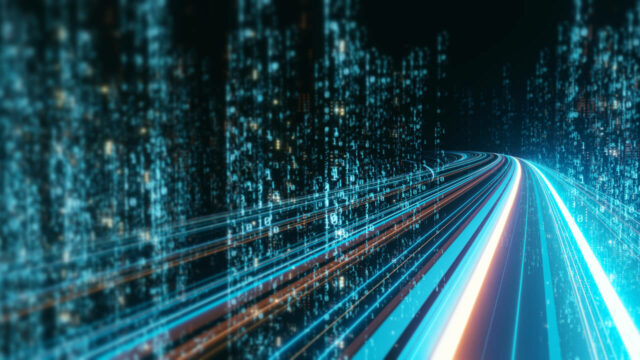 Elicera Therapeutics is in an advantageous position, both in terms of financial flexibility and the ability to enter into new collaboration agreements. The cell and gene therapy company has the finances to run all programmes at full speed until the first half of 2024, which has been made possible by contributions from Vinnova and the EU. In addition, the company recently concluded the first international collaboration regarding iTANK, and work is now underway to secure more similar agreements. BioStock contacted CEO and co-founder Jamal El-Mosleh to find out more about the priorities going forward.

Elicera Therapeutics currently has four immunotherapy candidates in the pipeline targeting multiple types of cancer. Two candidates, ELC-100 and ELC-201, are oncolytic viruses (OV), while the other two, ELC-301 and ELC-401, are CAR T-cells. The CAR T -ells are armed with Elicera’s technology platform iTANK (immuno-Therapies Activated with NAP for efficient Killing).

As BioStock has previously been able to report, Elicera established its first international collaboration regarding the iTANK platform in October with the Spanish research institute Josep Carreras Leukemia Research Institute (JCLRI). The agreement enables the Institute’s CAR T-cells to be enhanced with iTANK in their research into Ewing Sarcoma, a solid tumour that currently has limited treatment options. Read more.

In parallel with Elicera building the foundation for a wider commercialisation of iTANK, by research groups now beginning to open their eyes to the platform’s potential to increase the effect of CAR T-cells – even for hard-to-treat solid tumours – the company has also shifted into a higher gear to make the platform better known by attending international conferences.

During the third quarter, Elicera conducted dialogues with potential stakeholders of iTANK at the Cell Therapy Durability Response Summit (CTDR) conference in Boston, USA. To further increase interest, Elicera was one of the conference’s sponsors.

The company also participated at the Nordic Life Science Days in Malmö, at BIO Europe in Leipzig and at the Onco Cell Therapy Summit Europe in Amsterdam. As CEO and co-founder Jamal El-Mosleh states in the Q3 report published last week, these conferences provide valuable opportunities to network with potential partners worldwide and expose Elicera and the iTANK platform to a wider audience of stakeholders in the life science sector.

At the beginning of the year, Elicera received a grant of SEK 5 million from the Swedish government innovation agency Vinnova for the development of an automated CAR T-cell manufacturing process, which involves a collaboration with Vecura at Karolinska Hospital and Akademiska Sjukhuset in Uppsala.

In June, Elicera also received a grant of EUR 2.5 million from the European Innovation Council‘s accelerator programme. All in all, the company estimates to have received a total of SEK 40 million in funding for the ELC-301 programme, which together with existing cash means that the clinical phase I/II study is fully funded. Actually, the company today has the financial space to run all its programmes at full speed until the first half of 2024.

The upcoming phase I/II clinical study, which is expected to be initiated in the spring of 2023, will evaluate Elicera’s CAR T-cell therapy ELC-301 in the treatment of B-cell lymphoma, a semi-solid tumour that also refers to a collective name for various tumour diseases in the lymphatic system. The candidate has been armed with iTANK with the aim of countering two of the major challenges facing CAR T-cell therapies in the treatment of solid tumours: antigenic heterogeneity and a hostile tumour microenvironment. Read more.

Increased momentum in the ELC-100 and ELC-201 projects

Elicera has previously communicated that patient recruitment for the ongoing phase I/II clinical trial with the oncolytic virus ELC-100 in neuroendocrine tumours was slow due to the pandemic and the fact that it is a relatively rare cancer type. During the third quarter, however, the company took steps to speed up patient recruitment. Two more patients have now been treated, and when Elicera has safety data from the ninth treated patient in the third patient cohort, the company will communicate this – followed by more information when the patients in each cohort are fully treated.

Regarding the company’s other OV programme, ELC-201, work is currently being done to choose which cancer indication will be treated and evaluated first. An upcoming clinical study is expected to start in 2024, at the earliest. In addition, Good Manufacturing Practice (GMP) production for ELC-201 and ELC-401 is expected to be completed in 2023.

To find out more about what Elicera is prioritising right now regarding iTANK and the various projects, BioStock contacted CEO Jamal El-Mosleh.

Elicera has been successful in taking in soft funding during the year, which means that your current funding is expected to last until the first half of 2024. What do you think is the reason for this?

– I would like to take the opportunity to highlight that our co-founders Magnus Essand and Di Yu recently received additional grants from the Cancer Foundation totalling SEK 7.65 million to support their CAR T research at Uppsala University. The conclusions that come from this research have the potential to contribute to Elicera’s upcoming clinical studies in CAR T. So, in light of that, it feels good that Elicera has received these grants despite fierce competition. They are truly feathers in the hat and proof of the level of innovation in the ground-breaking work that my employees do.

– It is primarily the three initiatives that we have full focus on. One of them is to start the ELC-301 study, and already in the fourth quarter we have come a step closer by having a meeting with the Swedish Medicines Agency regarding the study design. We are now preparing the application for a clinical trial. The other priorities are further business development efforts regarding the iTANK platform and the completion of patient recruitment for the ELC-100 study. We have worked a lot on the latter in the third quarter, among others by increasing our outreach to clinics, and we intend to continue with that.

In conclusion, as said, you have participated in several partnering conferences during the quarter with the aim of talking more about the iTANK platform. What are your ambitions for the platform going forward?

– A continuous effort on our part is to create the conditions for Elicera to enter into more collaboration and license agreements regarding iTANK. We believe that many players can benefit from the iTANK platform, so participation in these types of partnering and investor conferences is an important component of making us and iTANK known among these players. My ambition going forward is to conduct dialogues about iTANK with other cell and gene therapy companies that can thus result in income-generating license agreements. In this way, it contributes to increasing the value for Elicera’s shareholders, something that I am keen to achieve as the company’s CEO.