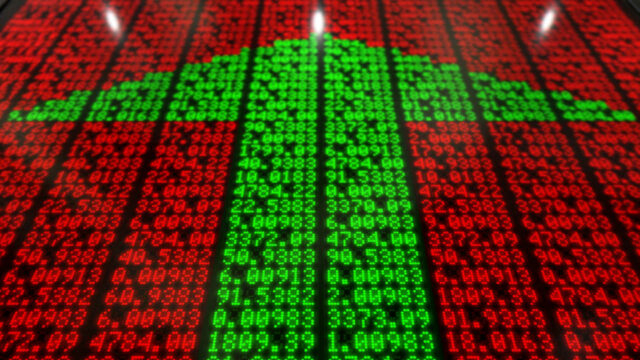 During the summer, the hope was kindled that the inflation peak was behind us, bond yields fell and the stock market rose. However, when the august price statistics were presented, hopes of an overstuffed inflation threat were extinguished – central banks raised interest rates while energy prices continued to rise. Despite a troubled market during the period, some companies stood out positively – see the list of the five best-performing life science stocks below.

Macro signals point to pale economic growth in the coming year. Rising interest rates and the recent currency turbulence have rocked the capital markets and we probably cannot expect any geopolitical détente soon.

The trouble spots have left their mark on market pricing – the S&P 500 hit a new year low in the last week of September and fell by 25 per cent since the start of the year. Even worse is the performance of technology stocks. Nasdaq Composite was down by 32 per cent while the Nasdaq Biotechnology Index was slightly less bad and recorded a decline of 20 per cent so far in2022.

As usual, the market in Stockholm follows the world’s leading stock indices. The large-cap OMXS30 index fell by 24 per cent and the broad stock market, Stockholm All share index, was down 32 per cent. Stockholm’s health care index showed a similar decline. Nasdaq Healthcare lost 28 per cent while First North Healthcare went down by as much as 54 per cent, compared to First North all share, which fell by 42 per cent in the first nine months of the year. Only 13 life science companies out of about 215 showed a positive price development until the end of September.

A couple of heavy blows

The life science companies’ ambition is to develop new methods and treatments to improve human health. The risks are significant, as the oncology companies Rhovac and Isofol Medical have experienced during the year. In May, RhoVac announced that it did not reach the efficacy targets in its phase II study with onilcamotide in prostate cancer – since then the stock has lost 98 per cent of its value. Of a similar development, Isofol Medical can testify. Negative topline data from the phase III study with arfolitiroxin in advanced colorectal cancer caused the stock to plummet by 92 per cent compared to the level at the beginning of the year.

But clinical results can also boost a share price if the outcome is favourable. Biotech companies WntResearch and BioArctic have experienced significant price increases recently.

WntResearch announced in August that it had made new clinical discoveries in the phase II study with the candidate Foxy-5 in colon cancer. The company has paused recruitment and now plans to reschedule the study to capture the candidate’s full potential, as the company puts it. Investors’ expectations have caused WntResearch shares to rise by 82 per cent since the start of the year. Watch BioStock’s interview with CEO Pernilla Sandwall from BioStock Investor Meeting in September here.

Biotechnology company Vicore Pharma presented positive phase II data with its candidate C21 in idiopathic pulmonary fibrosis in February. In September, the company announced that C21 stimulates vascular function in humans, which is encouraging for the continued development of the candidate in severe lung diseases. Based on the news, market expectations sent the stock up by 108 per cent in the first nine months of the year.

The brightest star in the Swedish life science sky during the first nine months was BioArctic. The company’s partners, Japanese Eisai, presented phase III data showing that the candidate lecanemab reached the primary efficacy targets in Alzheimer’s disease. The news had a major international impact and both the Eisai share and the BioArctic share rose significantly with associated shares rising on both sides of the Atlantic.

BioArctic is currently trading at SEK 276 per share, corresponding to a market capitalisation of approximately SEK 24 billion – 127 per cent higher than at year-end. Learn more.