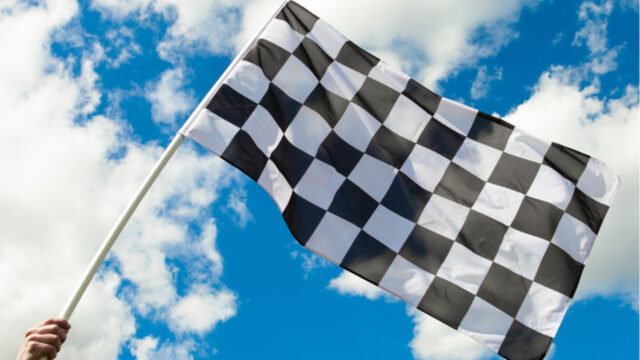 Lipum’s clinical trial application was recently approved by the regulatory authorities in the Netherlands, which means that the clinical phase I study with SOL-116 can be initiated. This marks an important milestone where Lipum is transitioning from preclinical to clinical phase, says the company’s CMO Helena Bergström in an interview with BioStock.

Lipum is a Umeå-based biopharmaceutical company developing a biological drug for the treatment of chronic inflammatory diseases. The company has identified a new target molecule – Bile Salt Stimulated Lipase (BSSL) – which plays a role in chronic inflammation. The company’s drug candidate SOL-116 blocks BSSL, which is expected to provide an anti-inflammatory effect in humans.

The company has previously reported promising preclinical data for SOL-116 in rheumatoid arthritis (RA) and other inflammatory diseases. Lipum is now preparing to first evaluate the safety and tolerability of the treatment in healthy subjects and patients with RA in a phase I clinical trial.

The study will be conducted at the QPS facility in Groningen, the Netherlands. At the end of September, the Dutch authorities approved Lipum’s clinical trial application, which the company’s CEO Einar Pontén commented on in a press release:

»As planned, the clinical trial application has been approved and thus a very important milestone has been reached when Lipum has managed to go from preclinical to clinal development for our drug candidate SOL-116. I’m very proud of the team and everyone who has contributed to this success with great dedication«

With this approval, the company is planning to initiate the study in October. The study is conducted as a dose escalation study, meaning that a low dose is given in the beginning, and then it is gradually increased. A safety evaluation will be carried out between each dose.

Lipum’s CMO Helena Bergström will be the physician in charge of the clinical study. Helena has a doctoral degree in medical science and is a licensed physician with specialist education in clinical pharmacology and general medicine. She previously worked as a Clinical Pharmacology Physician for AstraZeneca R&D where she was involved in clinical studies in neuroscience and cardiometabolic diseases. BioStock had a chat with Helena about her expectations for the upcoming study with SOL-116.

Helena, you were appointed CMO in Lipum in July this year. Could you tell us a little about the first months in the company and how it feels to be part of a translational team from preclinical to clinical development?

– I have previously worked as a Clinical Pharmacology Physician in clinical phase I studies for AstraZeneca Research & Development and it feels fantastic to be back in the borderland between pre-clinical and clinical phase – this is where I thrive. In Lipum’s project, I get to combine my knowledge in clinical pharmacology and drug development, with my experience as a clinically active physician in internal medicine and general medicine. It feels like coming to a set table!

– The Lipum project combines my main interests in medicine – enzyme theory, blood lipid turnover and autoimmune diseases where sex differences are often seen, in experimental animals as well as in humans.

»In Lipum’s project, I get to combine my knowledge in clinical pharmacology and drug development, with my experience as a clinically active physician in internal medicine and general medicine. It feels like coming to a set table«

In Lipum’s project, I get to combine my knowledge in clinical pharmacology and drug development, with my experience as a clinically active physician in internal medicine and general medicine. It feels like coming to a set table!

You have now received approval to start the clinical study with SOL-116. How many patients will be included in the study and how will they be grouped?

– According to the protocol, up to 40 healthy men and women will participate in the first part of the phase I study where the drug is given once per person. They are distributed over five cohorts with eight people in each, where six people receive SOL-116 and two gets placebo. There is also room for an additional cohort of eight healthy volunteers if we assess that there is a need for it.

– Once safety, tolerability, and pharmacokinetic data from the cohorts of healthy volunteers are available and have been approved by the Ethics Committee, one of the previously tested doses of SOL-116 is given to six male and female patients with rheumatoid arthritis (RA), while two receive placebo. Patients with RA will be treated with methotrexate, a medicine used by many patients and which in many studies has been combined with biological drugs.

It is not only safety and tolerability that will be evaluated in the study, but also the level of pro-inflammatory biomarkers. Why is this of value?

– Measurement of pro-inflammatory biomarkers is included in the evaluation of the safety of SOL–116, but we also hope to gain data and new knowledge that can provide guidance when designing future studies.

»We also hope to gain data and new knowledge that can provide guidance when designing future studies […] We estimate that the final study report will be completed in Q4, 2023«

Finally, when are you expecting to be able to present the results from the study?

– We estimate that the final study report will be completed in Q4, 2023.