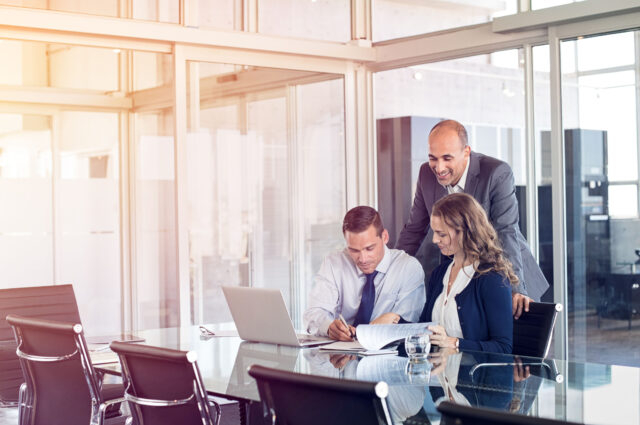 Following the FDA clearance of Clinical Laserthermia Systems’ MR-guided laser ablation system in neurosurgery, US commercialisation was swiftly initiated. The commercialisation is led by the medtech’s global distributor ClearPoint Neuro. On Monday, CLS could announce that their efforts have already paid off in the form of a first order worth 5.5 million SEK. BioStock reached out to CLS’ CEO Dan Mogren for a comment.

Clinical Laserthermia Systems (CLS) are active within the area of minimally invasive laser ablation treatment. This involves treatment protocols that increases the temperature of the targeted cells by exposing them to high energy laser light. The increased temperature leads to the destruction of the cells. The company develops and sells its range of TRANBERG-products focusing on three main areas: urology, neurosurgery and oncology.

Commercialisation in the US

The number of markets that CLS targets is also three: Europe, the US, and Asia-Pacific. So far, autumn 2022 has meant a significant breakthrough on the important US market. At the end of September, the FDA cleared CLS’ 510(k) application concerning the company’s MR-guided laser ablation system in neurosurgery. The clearance meant that CLS’s long-standing global distributor ClearPoint Neuro initiated commercialisation in the US where it will follow a carefully laid strategy. In the US, the product is sold under the new brand name ClearPoint Prism Neuro Laser Therapy System. See CLS’ CEO Dan Mogren talk more about this in a BioStock interview here.

The commercialisation rollout appears to have hit the ground running. On Monday, CLS announced that it has received the first order of ClearPoint Prism Neuro Laser Therapy System products from ClearPoint Neuro. The order is worth 5.5 million SEK and Dan Mogren expressed his satisfaction in a press release:

“I am very pleased to have received the first commercial order in our most important market – the US – and in one of our most important therapeutic areas, neurosurgery. With the ability to streamline minimally invasive neuro procedures, offered by this integrated one-stop-shop solution, we expect the ClearPoint Prism Neuro Laser Therapy System to become one of the leading products in the field of MRI-guided laser ablation in the brain.”

BioStock had the opportunity to ask Dan Mogren three quick questions in connection with the good news.

Dan, what does this first order mean for CLS?

– This order is an important milestone for CLS. It was received shortly after the FDA 510(k) clearance in the US and marks that we now are commercial within a new therapy area, that of neurosurgery.

With one order achieved, can you tell more about the strategy for the US market?

– CLS’s will provide all necessary support to ClearPoint Neuro for a successful market entry of the new brand ClearPoint Prism Neuro Laser Therapy System. ClearPoint Neuro will address neurosurgery clinics that demand a system like ClearPoint Prism Neuro Laser Therapy System that has many advantages against the alternatives and is fully integrable with ClearPoint Neuro’s neuro navigation platform and MR scanners from leading manufacturers. The system is currently in limited market release at selected academic medical centers, and the feedback from key opinion leaders will be the basis for a full market release.

Finally, what is the next step for CLS within the neurosurgery area?