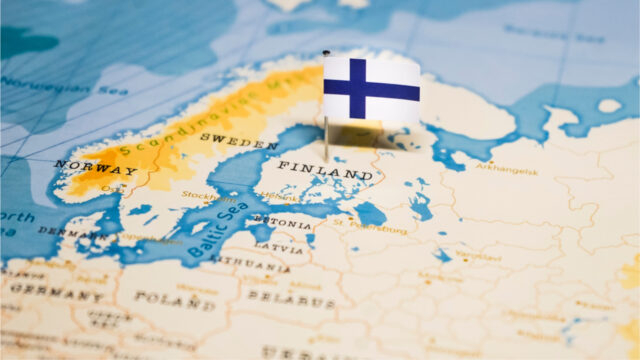 Chordate Medical recently presented positive results from the German part of a large migraine study showing that K.O.S is an effective and safe treatment for chronic migraine. With these study results, the company chooses to broaden its focus on chronic migraine and introduce the treatment in Finland, as the successful PM007 study also includes Finnish clinics. The company’s CEO Anders Weilandt tells us more in an interview with BioStock.

K.O.S is a non-pharmaceutical treatment, thereby providing a valuable addition to current treatment alternatives for chronic migraine. The treatment was CE-marked in May 2021, which allowed the launch in the EU and other markets.

The company has already started the introduction work in Germany, the UK and Israel with the help of experts in each market – read more about this in Chordate accelerates global market entry. Now the company chooses to introduce the migraine treatment on the Finnish market, where it is expected to be well received after seeing evidence of the treatment’s effect in a subgroup analysis from the migraine study PM007 conducted in Germany and Finland.

Promising data from the German subgroup

The German part of the study with 97 patients was completed earlier than the Finnish one, which meant that subgroup results could be compiled and presented already in early September at the Migraine Trust International Symposium 2022 in London. The results showed a significant reduction in the number of headache days per month in patients receiving active K.O.S treatment compared to those who received sham treatment.

In 41,4 per cent of the subjects, the number of headache days of moderate to severe intensity decreased by 30 per cent or more. According to Chordate, this treatment response is as good or even better than today’s treatment options, but with significantly fewer side effects. Watch Biostock’s interview with Dr. Hoffmann to learn more about the results from the German subgroup.

Now the company looks forward to presenting the full results from the migraine study and publish them in a scientific journal shortly. If the final results, including the Finnish results, turn out to be as positive as those in Germany, it will probably benefit the company’s market introduction in Finland.

Chordate Medical’s CEO Anders Weilandt comments on both the upcoming market introduction in Finland and the German study results in a press release:

»With the fantastic results from the German subgroup analysis, we have received scientific support to broaden the investment in chronic migraine. […] In the wake of the German partial analysis, we see clear potential in Finland that we immediately want to exploit, in the same way, that we have already started work on market introduction in Germany, the UK and Israel.«

To further optimize market introduction in Finland, the company has engaged Kaija Hämäläinen, an expert in launch and market access for medtech. She also has extensive experience in the neurology market and a wide network of contacts.

Kaija and other market experts that Chordate works with are expected to be able to contribute by building up networks of opinion-leading neurologists, as well as managing reimbursement issues and early marketing activities.

BioStock contacted Chordate Medical’s CEO Anders Weilandt to find out how the processing of data from the migraine study is going, as well as how the study can benefit the introduction on the Finnish and German markets.

Could you give us a status update on the processing of the full results from the migraine study?

– All data is collected in Finland and is now being processed to produce a so-called clean file. Once this is done, theresults are analyzed statistically according to the study protocol. Then a formal study report is written – which in turn forms the basis for the investigator’s work with the first scientific article on the study. The Finnish results are included as part of the whole study and will not be reported separately.

–  It is not possible to set a date when all of this is done, but we see no reason to think it should not be ready within the next two months. This work can neither be controlled nor influenced by us at Chordate.

Can the market introduction in Finland and Germany benefit from the fact that you have already carried out a study in both of these countries?

– The study results and the fact that we have established knowledge in Finland and Germany is like a dream scenario as it helps us to legitimize commercialization. The study results mean that we get ahead with the market introduction in all markets, and the level of interest is far above what it has ever been. There is a tangible commercial interest from several different directions.