Home Interviews Chordate could contribute to migraine care in Sweden 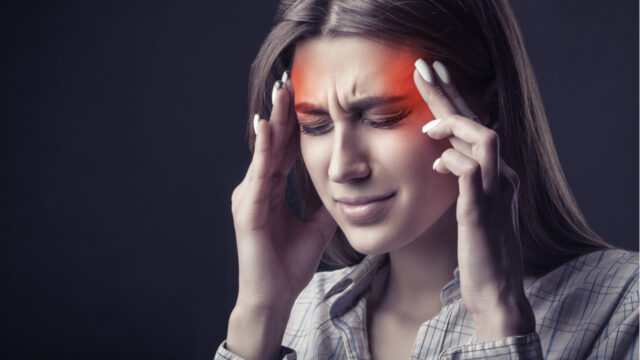 Over 1 million Swedes suffer from migraine and the majority of them are women. Migraine care is considered to be inadequate and many are undiagnosed. In addition, today’s drugs are often associated with a decreasing treatment effect and side effects. Sweden’s new government wants to see a change and has thus decided to place greater emphasis on care for migraines and other women’s diseases, according to the recent Statement of Government Policy. Chordate Medical’s CEO Anders Weilandt says that they want to contribute to this with K.O.S., a drug-free and preventive migraine treatment.

Migraine is characterised by severe headaches, nausea and sensitivity to sound and light. The disease affects 15–18 per cent of women and 6–9 per cent of men, according to Region Skåne. The fact that migraines are more common among women can be explained by hormonal changes, and especially changes in the level of oestrogen in the blood.

Focus on women‘s diseases in Statement of Government Policy

Migraine is an underdiagnosed and undertreated disease, just like many other female-dominant diseases. Additionally, women’s diseases are often a low priority in research.

The Swedish government wants to change this. On October 18, Sweden‘s new Prime Minister Ulf Kristersson presented his Statement of Government Policy in which he announced that a greater emphasis will be put on migraine and other women’s diseases:

K.O.S. – a valuable addition to the treatment arsenal

What measures will be implemented have not yet been announced, but Chordate Medical is ready to contribute to the improvement with Kinetic Oscillation Stimulation (K.O.S.), a medical device treatment method that stimulates the nerves in the nasal cavity with vibrations. K.O.S. reduces the number of headache days per month according to recently published subgroup results from a large patient study. In addition, the treatment has fewer side effects compared to today’s pharmacological alternatives.

Today, various types of drugs are used to relieve migraine symptoms, such as anti-inflammatory drugs, painkillers and triptans. In addition, some drugs can prevent migraine attacks, such as beta-blockers, CGRP inhibitors and botox injections. The effect of these can diminish over time and many patients experience troublesome side effects, such as fatigue and vomiting, making them stop their treatment.

BioStock contacted Chordate Medical’s CEO Anders Weilandt to hear his thoughts on today‘s migraine care, the government’s efforts and how it can affect Chordate.

First of all, what is your view on today’s migraine care in Sweden?

– If we compare our experiences with other countries – not least our Nordic neighbours – we see that Sweden is far behind in both accessibility and structured care programs for migraines. Swedish migraine patients are often referred to the primary care. Then it is about having a little luck with where you live and being able to find a doctor who has an interest in migraines and other headache diagnoses.

What do you think of the government putting greater emphasis on care for migraines and other women’s diseases?

– There is data that a Swedish chronic migraine patient costs society 120 000 SEK/ year on average, where 20 per cent is care and medicine, and 80 per cent is loss of productivity. In addition, migraines cause a significantly reduced quality of life. The high cost has long been the basis for a politically driven ambition in many other countries, so I view it as positive that it finally comes up on the Swedish political agenda as well.

»There is data that a Swedish chronic migraine patient costs society 120 000 SEK/ year on average, where 20 per cent is care and medicine, and 80 per cent is loss of productivity.«

How many women participated in your migraine study?

– We do not know exactly because we are still “blinded” to the study data in detail. My  guess is about 70 per cent.

What kind of measures are needed to improve care for migraine patients?

– There are several good examples from other countries to learn from. The lack of neurology specialists in Swedish healthcare is a problem that takes many years to solve, and it is probably only a part of the bigger problem. An important issue is to decentralise access and arrange care programs that can be distributed across the country to achieve equal care. Primary care needs to get targeted education and have access to several different diagnostic and treatment tools. In Sweden, we work with care guidelines and programs with, as far as we understand, a lot of potential for improvement.

What can the government’s efforts in migraine mean for Chordate?

– As a company with a clear mission from our owners, we have not been able to work with Sweden as a home market, as we primarily focus on markets with a migraine care model with a high probability for early results in the market introductions. It is both a pity for the Swedish patients and expensive for us because we have to build our proof of market in other markets.

– If the government’s investment can have an effect relatively quickly, we could certainly benefit from it. Also, Swedish migraine patients would have access to a new drug-free treatment alternative.

– In addition, the 21 regions have slow and complicated processes for adding new forms of treatments and technologies. To have an effect, any kind of political ambition related to healthcare improvements must also address this issue – which has proven to be an impossible nut to crack.

»In tomorrow’s migraine care – if it occurs relatively soon – we could actively provide the primary care with a new treatment option that is both drug-free and without unexpected side effects.«

What does Chordate need to do to be included in today’s migraine care in Sweden?

– We have chosen not to try to be included in today’s Swedish migraine care because of the reason I mentioned above. In tomorrow’s migraine care – if it occurs relatively soon – we could actively provide the primary care with a new treatment option that is both drug-free and without unexpected side effects.