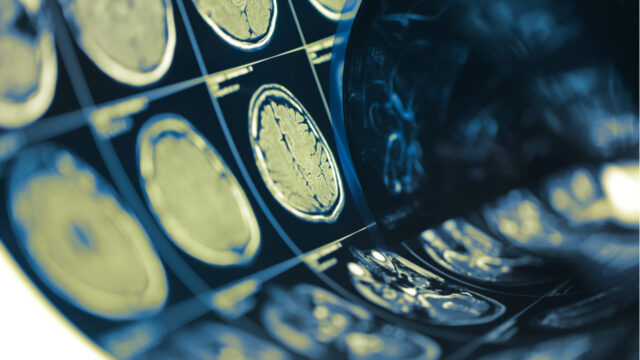 Concussions are a serious, yet too often, underestimated issue in ice hockey. However, over the last few years, the Swedish Hockey League has been taking steps to give this problem more attention in the name of player safety, including the adoption of PolarCool’s concussion treatment PolarCap. BioStock reached out to IF Malmö Redhawks defenseman Markus Lauridsen to get a player’s perspective on the handling of concussions by the league and why PolarCap could be a game changer.

Checking is a term often used in ice hockey, and it refers to the act of obstructing a player on the opposing team. The term in itself sounds harmless, but it encompasses a variety of defensive techniques, many of which entail body contact. Due to the nature of the game, which involves skating on ice at high speeds, a player’s head is often left vulnerable to checks, especially ones to the head. This is when serious injuries can occur, despite the protective equipment worn by the players.

These types of collisions can lead to a concussion: defined as a mild traumatic brain injury (mTBI) that involves rapid and sudden movement of the head and the brain. The consequences can range from minor – limited symptoms like headache – to major – hospitalisation with long-term or even persistent symptoms. However, even minor head injuries have been shown to add up over time, resulting in cumulative damage to the brain, which can cause long-lasting neurological symptoms, including memory loss.

The price to pay in hockey

Ice hockey is a sport loved by millions all over the world. The high pace of the game and its competitive nature, which includes the hard hits, makes for a very entertaining sport. Players train harder than ever, getting bigger and stronger, and this has the collateral effect of producing bigger and heavier hits, leading to more severe injuries.

However, player  protection has had a hard time keeping up. Protective equipment, which includes helmets, is not enough to prevent the long-term damage suffered by concussed players. Over the years, the number of players ending their careers early due to concussions has increased, and, until now, a viable treatment for concussions had not existed. This has led to a heightened focus on the issue of player safety.

Proof of this comes from one of the top ice hockey leagues in the world, the Swedish Hockey League (SHL). The SHL has been active in modifying the rules of the game to try to dissuade players from engaging in very aggressive forms of checking that target the head.

More recently, and perhaps more significant, the league has signed an agreement with Lund-based medtech company PolarCool.  The company focuses on treatment of concussive and sub-concussive brain injury with the portable cooling device PolarCap System.

Through the agreement, PolarCap has been available from the start of last season at all 14 SHL arenas, including Malmö Arena, the home of the IF Malmö Redhawks. Read more about the agreement here.

BioStock reached out to IF Malmö Redhawks defenseman and olympian Markus Lauridsen to get his views on the positive direction taken by the SHL regarding the handling of concussions and his thoughts on PolarCool’s device.

Markus, considering your career as a pro ice hockey player and as an olympian, what has been your experience with concussions?

– Well, I’ve had my bell rung a couple of times, but never suffered severe concussion symptoms myself, thankfully. But I’ve played with others who have had to end their careers due to concussions.

– So of course, I have it in the back of my mind – what if it happens to me? But while I play, I’m so focused on the game that I don’t really think about it. Having said that, I try to be aware at all times.

– As I mentioned, I have witnessed it first hand and I feel sorry for these players. You can get unlucky – it doesn’t have to be a dirty hit; all it takes is a series of minor hits that can end your career. The thing is that when you are so passionate about this sport, and because, in part, of the culture within ice hockey that pressures you to tough it out every time you take a hit, you don’t realize how much these injuries can impact you in the long run, so you keep on playing, thinking everything will be ok.

– I obviously see Ice hockey as the best sport in the world, and it’s sad to see concussions being such a big part of this sport. I wish you could get to a point where you wouldn’t have to worry about this type of injury, and we’ve certainly come a long way in that direction.

The awareness around concussions and its wide range of consequences has been raised in recent years. Is it your feeling that concussions are taken more seriously nowadays?

– We recently had a meeting with player safety, and over the past 4-5 years, concussions have gone down thanks to rule changes implemented by the league, so I definitely think that concussion are taken more seriously now. It feels like we’re learning, and this is in large part due to the awareness raised over the past few years, and I appreciate the efforts done by PolarCool, not only to offer a treatment for concussions, but also for raising awareness around this topic.

As a player, what are your thoughts on the fact that PolarCap is provided to you and your teammates in Malmö and also available at all SHL arenas?

– I think it’s great! From what we’ve learned about PolarCap, in my opinion, it’s a must have and use in any situation where someone gets a hit to the head. Even if the sustained injury doesn’t result in a concussion, it can’t hurt to wear PolarCap, and in fact it might be preventing long-term symptoms, so it’s definitely great to have.

What’s your take on the league’s work to improve players’ safety regarding concussions, implementing technologies like PolarCap and others?

– I’m definitely happy with the league’s work to improve player safety, and the implementation of PolarCap is certainly a huge part of that.

Finally, considering the agreement made by the SHL to make PolarCap available at every SHL arena, do you feel more optimistic about not only your career as a pro hockey player but also about future generations that want to get into this sport?

– I do for sure; I think it’s a great step in the right direction. It’s still a good idea to keep talking about PolarCap and the long-term effects of concussions so that we keep seeing progress, and with the steps taken by the league so far, I’m confident that progress will continue to be made.