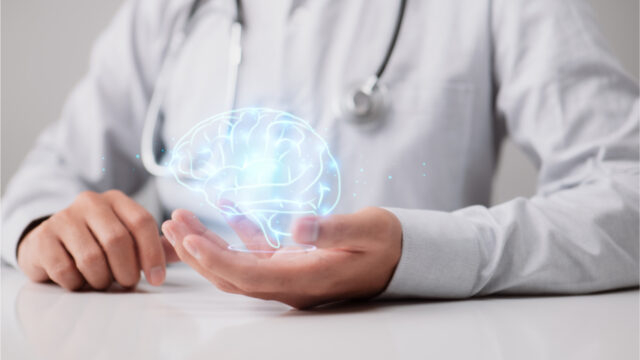 The idea for Sensidose’s treatment strategy came about already in the mid-1990s when professors Sten-Magnus Aquilonius and Christer Nyström realized that it would be possible to personalise Parkinson’s treatment with microtablets. Today, the company’s drug Flexilev is available on the Scandinavian market and in the near future also in more countries. BioStock had a chat with Sten-Magnus Aquilonius about his research and Sensidose’s journey from start to now.

Sensidose has developed a treatment concept for individualised and fine-tuned treatment of Parkinson’s disease. The company’s microtablets, Flexilev, contain small doses of levodopa that compensate for the lack of dopamine.

With the help of the company’s dose dispenser MyFID, the patient receives an exact dose at specific times, which allows the treatment to be adapted to each patient’s needs.

Levodopa has been the standard treatment for Parkinson’s disease for several decades.  The treatment relieves the symptoms effectively, but can also give rise to a so-called on-off phenomenon with rapid variations in the patient’s symptoms. Immobility and stiffness (off-period) can quickly turn into involuntary muscle movements (on-period).

These variations in mobility are unusual in the early stages of the disease, referred to as “the honeymoon period of Parkinson’s disease” in Sten-Magnus Aquilonius’ book “ Längs drömstigen – en neurologiprofessors upplevelser och funderingar”  (2021).

Understanding the background to the symptom fluctuations, and what to do to counteract them, has been a major focus of Aquilonius’ research at Uppsala University. He and his colleagues saw that variations in the concentration of levodopa in the blood lead to variations in dopamine in the brain, which in turn leads to rapid shifts in motor and the so-called on-off symptoms. The researchers realized that it would be possible to overcome these problems if you manage to create an even concentration of the drug in the blood and adjust the dose to every patient’s needs.

How the idea for Sensidose’s treatment principle was born

The insights gave rise to the Uppsala-based pharmaceutical company Neopharma and the development of the drug Duodopa, a gel formulation of levodopa for continuous delivery to the small intestine with a pump. Neopharma launched Duodopa in 2004 and was subsequently acquired by Abbott/Abbvie.

Duodopa allows seriously ill Parkinson’s patients to have an even and adjustable level of levodopa in the blood, but can also lead to side effects such as infections and pain.  Professors Sten-Magnus Aquilonius and Christer Nyström realized that this treatment principle could be implemented in a simpler, less invasive way through dense dosing of oral microtablets and a dosing dispenser – the idea for Sensidose was born!

The idea led to the founding of Sensidose in 1998 by Sten-Magnus and Christer,  Today, Sten-Magnus is a board member of the company and professor emeritus at the Department of Neuroscience at Uppsala University.  BioStock contacted Sten-Magnus to hear his thoughts on Sensidose’s journey.

First of all, could you tell us a bit about yourself and your professional background?

– I started my career in basic research and experimental neuroscience and then moved on to the clinic. I have mostly conducted my research at Uppsala University..

– It is also worth mentioning that I have collaborated with many prominent people in the field, including Arvid Carlsson who received the Nobel Prize in Medicine in 2000 for his research on neurotransmitters in the brain.

In what way are symptom fluctuations and on/off-periods troublesome for patients with Parkinson’s disease?

– Almost all Parkinson’s patients treated with levodopa suffer from symptom fluctuations. Some people have problems already after three years and the vast majority are affected after eight years of illness.

– The on-off periods and motor complications have a significant effect on everyday life. The so-called off-period can be very difficult as the patients become stiff and may not be able to walk or move normally. The patient may feel depressiveness, apathy and anxiety. The on-symptoms can instead have certain social consequences as the involuntary movements can  evoke reactions in people around you.

– In our research, we were able to create an understanding of the on-off symptoms and levodopa uptake in the brain using PET scanning and carbon-11 labelled levodopa.

You were first involved in the development of Duodopa in Neopharma and then Flexilev in Sensidose. How did you conclude that there is a need for both of these drugs?

– The basic idea in both Neopharma and Sensidose is so-called continuous dopaminergic stimulation, which today is an established treatment principle for reducing symptom fluctuations in treatment with levodopa.  We had the ideas for both treatment strategies right from the start, but for financial reasons, we could only start developing one of them.

»The basic idea in both Neopharma and Sensidose is so-called continuous dopaminergic stimulation, which today is an established treatment principle for reducing symptom fluctuations«

– In the case of duodopa pump treatment, a port through the gastric wall is needed, which can lead to complications and restrictions for the patient. With Sensidose tablets, no invasive method is required, which makes treatment much more convenient for the patient. The absorption still takes place in the small intestine and you can fine titrate the dose very well because Flexilev is dosed several times a day, usually six times.

What scientific evidence is there to support Sensidose’s treatment principle?

–There is a list on Sensidose’s website with references to a variety of publications that support the company’s treatment principle.

– There is still a possibility of proving that Flexilev may even be able to prevent the symptom fluctuations from occurring if you start treatment very early. There is little support for it, but we have not yet been able to conduct a bigger study on this. At present, Flexilev is inserted when the fluctuations have already occurred and they begin to consider invasive treatment, i.e. dudopa pump treatment or deep brain stimulation (DBS). With Flexilev, you can postpone the start of these invasive treatments or even avoid them.

– We currently do not conduct any research activities in the company – our full focus is on marketing and product development. An important work is to educate nurses in the field to to create an understanding of the benefits with Flexilev.

What is your role in Sensidose today?

– I am in the board where my task is, among other things, to follow databases and progress in the Parkinson’s field. My role in Sensidose has always been to provide clinical insight and advice on crucial decisions, as well as spread knowledge about the treatment principle by presenting at congresses, etc.

– I would also like to take this opportunity to say that Sensidose has a very competent board and management. Recently, we have also started an advisory board where I am one of those responsible for the contact with these key people.

– We are a small company that is still in the starting blocks of international expansion. To strengthen the organisation ahead of the expansion, we have recruited Philip Slätis to the role of Deputy CEO and Åsa Kornfeld to the Board.

A wider launch of Flexilev is approaching, what future do you see for the Sensidose treatment concept?

– We are now investing in entering more markets. Flexilev is approved in many European countries but has so far only been launched in Sweden, Norway and Denmark.

»We are now investing in entering more markets. Flexilev is approved in many European countries but has so far only been launched in Sweden, Norway and Denmark.«

– The market introduction is very much influenced by what pricing you get in the country. All countries have an authority that controls pricing. In the Scandinavian countries, we have received a very good pricing. We are in the process of negotiating pricing with two more countries – Finland and Poland.

– For some time, expansion and sales have been affected by production problems due to the global semiconductor shortage, but we have soon solved this problem, so we expect a positive development in the autumn. Even during the covid pandemic, we had an increase in sales and we expect a similar trend in the future! 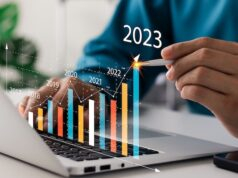 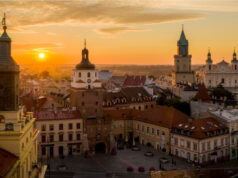 Congress in Poland paves the way for Sensidose 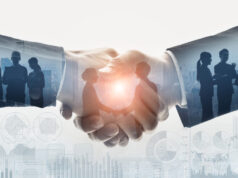