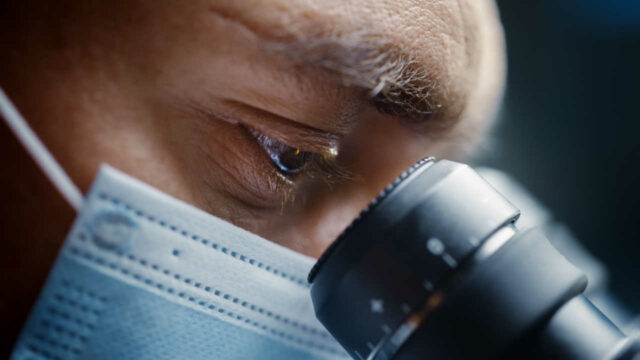 Lund-based Respiratorius is in full swing with analysing the results from the PK study with VAL001 that took place during the summer. Now, a first reading of the results are out, and the company has been granted a patent from the Japanese Patent Office. BioStock contacted the company’s CEO Johan Drott to find out more.

Respiratorius develops the drug candidate VAL001 for the treatment of diffuse large B-cell lymphoma, together with today’s standard treatment of the disease – R-CHOP. VAL001 is intended to be used as a pre-treatment for R-CHOP to make it more effective and the company has seen indications that they are on to something.

In fact, the data presented so far have been so promising that the European Medicines Agency (EMA) recommended Respiratorius to go directly to phase III instead of first conducting a phase IIb study. In addition, only one phase III study is needed instead of two, which is usually the case.

Positive results from a PK study

The pharmacokinetics study, or PK study, conducted during the spring and summer is now completed. The study examined the newly developed formulation of the candidate, to find out how the active substance valproate is absorbed into the body. In the new formulation, an immediate release is combined with a sustained release of valproate. This means that the patient only needs to take the drug twice a day, instead of three as before. It may seem trivial, but since the dosage takes place every eight hours and in conjunction with food intake, the final product will be much easier to administer for the patient.

From the PK study, Respiratorius can now report preliminary results, which show that the concentrations of valproate in plasma were as expected in the trial subjects. They corresponded to the concentrations measured with the reference medicine used in the company’s phase I/II study Valfrid, where doses were given three times daily.

In addition to PK data, Respiratorius has also received a so-called Notice of Allowance from the Japanese Patent Office regarding the new formulation of VAL001. Japan will thus be the first country to approve the new formulation. The priority date for the application is April 21, 2016, which means that the patent provides market exclusivity until 2036.

In connection with the results and patent announcements, BioStock contacted Respiratorius’s CEO Johan Drott to find out more.

First of all, you have now received patent approval in Japan for your new formulation of VAL001. In addition to Japan, what markets have you targeted?

– The patent process runs in the US, Europe and a number of other countries.

You have now obtained preliminary results with the new formulation of VAL001. What made you aim for two dosages per day instead of three?

– When we did the first study, we used an existing drug, available on the market, to make the process as easy as possible. For a company of our size, it is not reasonable to first develop a formulation and then test whether it works. At that time, we needed to dose three times daily. But that is not optimal because you have to dose every eight hours, which means that you start dosing at eight in the morning and having to take the last dose at midnight.

– If the dosing becomes too difficult, the risk increases that the patient does not keep up their dosing intervals. Then you risk getting the wrong concentration – if the concentration is too high, you risk side effects and if it becomes too low, the desired effect decreases.

– Now that we have got it down to two dosages per day, the drug becomes much easier to use.

What happens in the study now?

– In addition, we have started the marketing of VAL001 and our new results will of course be part of the package presented to potential partners. In addition to the clinical potential of the treatment, it is, as mentioned earlier, user-friendly. The other medicines in the R-CHOP treatment require hospitalisation while VAL001 can be taken at home by the patient himself.

– A treatment that not only gives good effect but can also be given in a formulation that makes it easier for the patient is of course an important characteristic to emphasize.

You can read more about Respiratorius here.