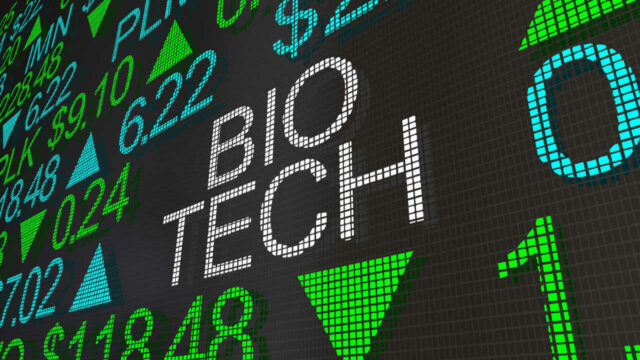 Biotech is one of the most interesting and exciting sectors in the stock market. The industry is characterized by innovative power, visions of improving people’s health and dramatic stock price movements. From an investment perspective, there are many aspects to consider in a complex sector with a plethora of options. These are aspects that BioStock addresses in this four-part series of articles.

A lot of people are attracted by the potential of a biotech investment and there are a lot of companies that have been extremely successful in their research, not least here in Sweden. AstraZeneca and Pharmacia, emerging into global players in the 1980s, are the brightest stars in the Swedish drug development sky. While the possibilities are great, the complexity is high and the development processes are very resource-intensive and lined with potential pitfalls.

During the 1990s and much of the 2000s, the pharmaceutical industry was characterized by acquisitions and mergers. In a subsequent wave of streamlining, a new industry structure emerged where smaller companies specialized in the discovery of new treatments and early development phases – the biotech companies. The larger players, thus, focused on later clinical development, regulatory processes and commercialization – the pharmaceutical companies.

A clear example of this new dynamic is U.S. pharmaceutical giant Pfizer, where 86 percent of 2017 sales came from products that were not proprietary.

The majority of companies aim for out-licensing

In this landscape, the university world plays an important role and the majority of small development companies have their roots in academia. When the project is developed further in a company, an infrastructure of incubators, contract research organizations and consultants stand by, ready to help in the construction of an attractive development package.

Most commonly, the development in smaller biotech companies is advanced to clinical phase II results, after which the companies try to land a license agreement with a larger partner with enough muscles to take the project through phase III and on to the market. There are also examples of companies that enter into agreements in earlier stages of development.

Sweden has a strong position internationally

Before reaching a license agreement, the biotech company has to finance the development work – but how? Initially, the financing consists primarily of grants from authorities and incubators, but also from investments made by business angels and venture capital firms. In the Nordic region – and especially in Sweden – smaller biotech companies have been able to turn to the stock market to obtain financing.

In 2017, Stockholm accounted for 17 percent of all the world’s market listings in biotech. Another example is January 2020, when 212 biotech companies were listed on stock markets around Europe, of which 35 percent were on Swedish marketplaces. In other words, there is a unique opportunity for investors in Sweden to gain access to biotech companies in the early development phase.

There are several reasons to why Sweden has been so successful in producing innovation companies trading on the stock market. For a long time, the area has been an investment priority for the Swedish state, which has made major investments in research, infrastructure, and various programs to stimulate innovation and the interaction between academia and the industry. For example, every year, the innovation authority Vinnova support smaller development companies with approximately 3 billion SEK.

In addition to this type of so-called soft financing, Sweden have traditionally also had well-functioning and easily accessible stock markets. The Swedes are experienced shareholders and stand out in a European comparison, together with Finland, when it comes to direct ownership in shares. About 11 percent of Swedes’ and as many as 19 percent of Finns’ total financial assets consist of individual shares, which can be compared with the European average, which is around 5 percent.

The emergence of alternative marketplaces, such as Nasdaq First North Growth Market, Spotlight Stock Market and NGM Nordic SME, has during the 2000s simplified the capital raising for smaller companies. To some extent, marketplaces have taken on the role that venture capital companies play in other countries. In other words, Sweden-listed biotech companies have relatively favorable conditions for financing their development.

Associated with high risk and opportunities for great reward

From an investment perspective, biotech is associated with clear risks compared to other sectors. The development is resource-intensive in both time and money – it takes an average of eight years for a Scandinavian biotech company to go from company formation to clinical studies. However, the greatest risk in the development lies in whether the innovation passes the rigorous preclinical and clinical testing process, which is intended to test whether the new drug is safe and if it works.

At the same time, high risk-taking is associated with the potential to be richly rewarded for successful investments in the sector. As an investor in the Swedish market, there is an opportunity to find your way in a mature and well-developed biotech landscape, where more than 80 companies are traded on the various marketplaces.

In part two of the article series, we discuss some of the aspects that need to be taken into account when investing in the sector. In part three, we touch on the methods that biotech companies use to finance the development. In the final part, we look at how to value a company in the sector.