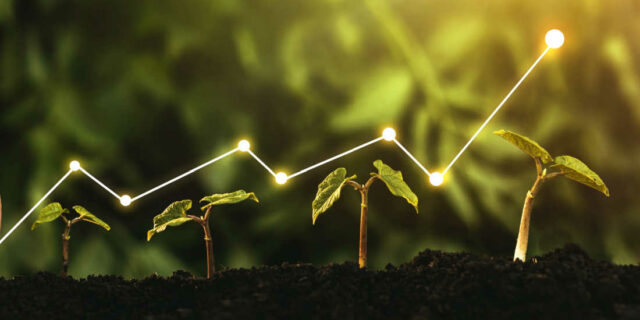 When Anna Lindström took over as CEO of Invent Medic just under a year ago, the focus was crystal clear – sales should be increased. After a number of new strategic initiatives, growth reached just over 60 per cent in the second quarter of 2022. At the same time, cost savings have started to show effect. The company will continue to look firmly ahead, hoping to present further growth news in the near future.

Lund-based Invent Medic develops and sells products that in various ways promote women’s health. Of the company’s two products – Efemia bladder support and the newly launched Efemia menstrual cup – it was the bladder support that primarily contributed to the clear increase in sales during the quarter. After a focused effort at informing the profession about the bladder support, sales in the second quarter landed at almost 800,000 SEK, which meant an increase of just over 60 per cent compared to the same quarter last year.

At the same time, the company notes that the trend of recurring orders continues and that sales in Norway received a boost after the bladder support was included in the pharmacy chain Boot’s range.

Thus, a first step has been taken in the new strategic direction launched at the beginning of the year, where focus will be on strengthening the foothold of the company’s two products on the markets in the Nordic region, Germany and the UK.

During the quarter, Invent Medic presented several news that are expected to contribute to continued growth. Among other things, the company signed framework agreements with Region Stockholm and Region Jönköping regarding the bladder support. The two agreements mean that the bladder support is now represented in 11 of Sweden’s 21 regions.

Going forward, the company also hopes to gain traction for the product in the non-Nordic markets. The new distributors in Germany and England, Sayco Europe and iMEDicare, have now completed the transfer of prescription registration of the product and are expected to contribute to further sales growth in the second half of 2022.

Whilst reaping success with the bladder support, the company is continuing the launch of the menstrual cup, focusing on marketing in social channels. Among other things, the company has broadened its reach by including TikTok in the media mix, now also reaching a younger target group that it did not reach before. Invent Medic also notes that engagement on Instagram has increased by almost 100 per cent and the company is also seeing an increase in organic search engine traffic.

In addition to the marketing activities, Invent Medic’s menstrual cup is on its way to the pharmacy chains. Being first in line, Apoteket AB added the product to its online range in June. The product has also started selling at Pistill AB, both physically and online and distribution agreements has been signed with the online wholesalers Ankorstore and Faire.

Furthermore, Invent Medic recently announced that it is taking a first step into the German market by launching the menstrual cup on its e-commerce store on Amazon in Germany, where the bladder support is already being sold. In connection with this, the company has started a social media campaign similar to the one carried out in Sweden.

Looking at a number of acquisition candidates

In addition to focusing on organic sales growth, Invent Medic announced this spring that it had begun searching for suitable acquisitions to expand the product portfolio. This work is ongoing and there is a so-called short-list of companies that the company believes would fit in well. The hope is to be able to present an acquisition in the not-too-distant future.

BioStock has contacted Invent Medic’s CEO Anna Lindström to find out more about her thoughts on the past quarter and what she envisions for the autumn.

First and foremost, the strategy launched at the beginning of 2022 seems to be yielding results. What is your take on the development during the first half of the year?

– We are on a transformation journey with a clearer focus. It has been a lot of work for everyone, while we have made major changes in the organisation. The pieces are starting to fall into place and that is what we are now seeing the result of. We have prioritised the pieces that we see can bring sales in the near future at a reasonable cost. That focus is also important going forward. We have known that this will pay off.

What expectations can shareholders have for the second half of the year, partly in terms of sales but also when it comes to continued news flow?

– There are a lot of things planned and a lot will happen. We will continue to focus on meeting the profession and informing about Efemia bladder support, while continuing to collaborate with influencers and companies in women’s health. In the coming weeks, for example, we have the collaboration with the menopausal app Olivia where we highlight pelvic floor training. In addition, we are continuing to work on the acquisition strategy and I hope that we can release news regarding this in the near future. So it is a very exciting autumn to look forward to.

You can learn more about Invent Medic here.