Respiratorius spinoff Arcede Pharma is currently in full swing with the preclinical work on the drug candidate RCD405. The company hopes to be able to offer a new, better treatment for COPD and severe asthma than those offered to patients today. BioStock has taken a look at the current treatment landscape to get an understanding of the potential of a drug with a new mode of action.

The global Covid-19 pandemic meant an explosion in demand for various respiratory treatments. Admittedly, the increase in sales has slowed down a bit as the pandemic has subsided, but the market is still huge. Drugs that treat various respiratory diseases account for almost 10 per cent of all the world’s drug sales, which in 2021 amounted to just under 80 billion USD. Medications for chronic obstructive pulmonary disease (COPD) and severe asthma make up about half of the total market.

It is in this segment that Lund-based Arcede Pharma wants to establish itself with the drug candidate RCD405. The company is currently conducting toxicological studies as part of the preclinical work that will lead to clinical phase I studies.

COPD – one of the most common causes of death

The main indication for the candidate is COPD, which is one of the most common and fastest growing diseases in the world. COPD is an inflammation of the lungs and airways that makes them constricted. The most common cause of COPD is tobacco smoking. More than 3 million people die each year as a result of the disease, making it the third leading cause of death in the world.

There is currently no curative treatment for COPD. The damage to the lungs cannot be healed and the treatment of COPD patients instead revolves around trying to prevent a continued deterioration and alleviate the problems that arise.

A related disease – which, although not as fatal as COPD, still causes great inconvenience to the sufferer – is asthma. The disease is due to a chronic inflammation of the mucous membrane of the bronchial tubes that causes them to become extra sensitive and swell.

In both cases, today’s treatment consists of different types of symptom relief where the primary aim is to widen the bronchial tubes to make it easier to breathe. For the treatment of asthma and mild COPD, short-acting beta-2 stimulants are often used, where GlaxoSmithKline’s Ventoline (salbutamol) is an example. COPD is otherwise treated with long-acting beta-2 stimulants, such as AstraZeneca’s Oxis Turbuhaler (formoterol) and long-acting anticholinergic drugs such as Boehringer Ingelheim’s Atrovent (inpratropium). The drugs are either used alone, or in combination. In cases of acute worsening of the disease, inhaled steroids are also used to reduce inflammation.

Even though there is a lot of development going on in this area, many drugs are still based on old modes of action. However, a certain trend reversal can be seen, where pharmaceutical companies are increasingly trying to target specific subgroups of patients. For example, Nucala (mepolizumab) from GlaxoSmithKline and AstraZeneca’s Fasenra (benralizumab), are two biologics targeted at COPD patients with so-called eosinophilic pulmonary tract inflammation – a medical condition created by an elevated amount of white blood cells called eosinophils.

The respiratory field has a great need for new drugs that give effect via other modes of action than those that currently dominate the market. One of the reasons is that the beta-2 stimulants have a tendency to lose effect over time. There is also a need for drugs with fewer side effects. In particular there is a need to replace the inhaled steroids which have numerous side effects. Above all, treatments that specifically attack the underlying disease factors are called for, with a special focus on the inflammatory component.

One of the current development projects in the sector is ensifentrine which has both airway muscle relaxing and anti-inflammatory properties by inhibiting the enzymes PDE3 and PDE4.  The candidate is being developed by British-American Verona Pharma, that recently presented positive phase III data, causing the stock to surge over 100 per cent on Nasdaq in the US.

The success of Verona Pharma testifies to the need for new and better treatments for respiratory conditions. This bodes well for Arcede Pharma, that is on the same track with RCD405. The project has so far shown promising preclinical results, with demonstrable anti-inflammatory and bronchodilating properties.

RCD405 has, for example – in addition to its anti-inflammatory properties – been shown to provide complete relaxation, in at least the same degree as existing drugs, of airways isolated from human lung tissue regardless of how these have been contracted. Similar results could also be detected in tissue from dogs and rats. This is a fundamental difference from anticholinergic drugs that can only counteract cholinergic-induced airway contraction.

The substance has also demonstrated physicochemical properties that make it well suited to being formulated as an inhaled drug using inhalers. 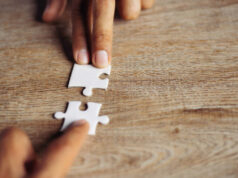 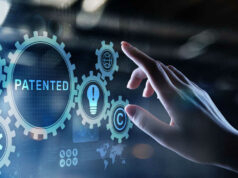