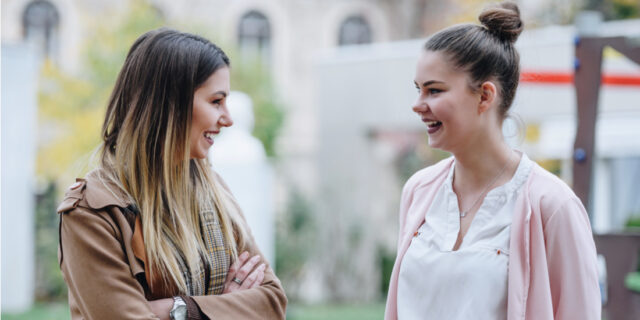 Just before mid-year, Lund-based Spago Nanomedical announced that the company raised 58.4 MSEK in the completed capital round. The proceeds give the company the resources to maintain the pace in its two projects – SpagoPix in cancer diagnostics and Tumorad, in which it is developing a new radionuclide cancer treatment. BioStock reached out to CEO Mats Hansen for comments on recent events and what awaits in the coming six months.

Spago Nanomedical recently raised 58.4 MSEK before costs in a completed rights issue. The capital will primarily be used to initiate a clinical phase I/II trial with the company’s radionuclide treatment for cancer, the Tumorad candidate drug 177Lu-SN201.

The SpagoPix project has also advanced during the year. The new gadolinium-free contrast agent for magnetic resonance imaging has shown positive clinical results in the company’s ongoing study on breast cancer. The study has been expanded to also include pancreatic cancer and Spago Nanomedical expects to complete the study before the end of the year. Read more.

The cancer treatment project Tumorad is based on Spago’s physiological targeting of cancer tumours with functional nanoparticles, which makes the treatment independent of the biology of tumour cells. This means that the potential application area for Tumorad is broad and not limited to a specific form of cancer, as a biological approach often is.

During the year, Spago has also become interested in using 177Lu-SN201 for ovarian cancer – the seventh most common cancer in women and the fifth most fatal. This direction allows Spago to apply for Orphan Drug Designation (ODD) for the candidate, providing benefits during the development phase and market exclusivity for an approved drug.

CEO on the progress towards clinical phase

The company is now working to produce materials according to Good Manufacturing Practice and to complete documentation to apply to start the phase I/IIa study with Tumorad.

BioStock reached out to CEO Mats Hansen to comment on the company’s past six months, the issue and what to expect during the rest of 2022.

Mats, the first half of 2022 is recently concluded – what milestones have been the most important to achieve for Spago Nanomedical so far this year?

– Last winter, we achieved good interim results in our clinical study with SpagoPix. The results are not only beneficial for our new contrast agent. Equally important, we have been able to clinically validate our technology platform – that our functional nanomaterial combined with physiological targeting of cancer tumours works in humans.

– Another milestone was the preclinical results with Tumorad. We successfully conducted the preclinical toxicology studies and presented promising efficacy data with the candidate in a preclinical model for colorectal cancer.

– Tumorad’s potential within cancer is wide, only within the ODD indication ovarian cancer is the commercial opportunity significantly greater than for SpagoPix in the contrast agent market.

The rights issue went ahead in difficult market conditions, how would you like to comment on it?

– It is obvious to everyone what the investment climate is like right now and given that, we are extremely happy and grateful for the support of our existing shareholders in this rights issue.

– With the financing in place, we now have the resources to keep up the pace and can hopefully start our clinical study with Tumorad around the end of the year.

Preparations are in full swing for the clinical study with Tumorad – what are the most important events in the coming six months for Spago Nanomedical?

– As mentioned, the preclinical data package is ready, right now we are finalising the application for our phase I/II study with 177Lu-SN201 and securing the manufacturing process for the candidate.

– At the same time, we are waiting for preclinical data with the candidate in ovarian cancer. These results will be significant for our ODD application, which we plan to submit in the autumn.

– With good results in SpagoPix, preparatory work according to plan in Tumorad and a completed capital round, we are confidently progressing the development.