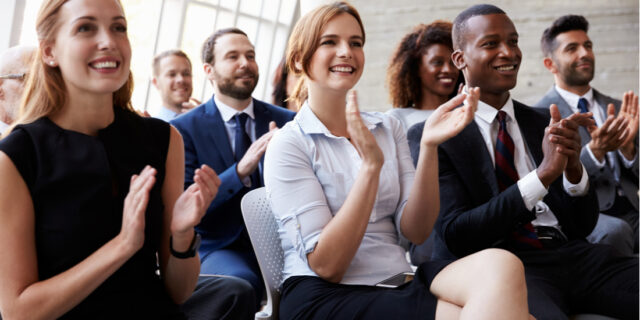 In June, biotech Cyxone announced a change of management – Carl-Magnus Högerkorp stepped up from his role as Chief Operating Officer to also take on the mantle of acting CEO. Shortly thereafter, the company announced that it is initiating a collaboration with Carl Johan Sjöström, who will assist Cyxone in matters of investor relations. BioStock talked to the company’s new IR resource.

In addition to Rabeximod, candidate T20K is also part of Cyxone’s clinical pipeline. T20K is being developed as a new treatment for multiple sclerosis (MS), where the company is evaluating a new administration form for the candidate ahead of the next clinical step.

Towards study start with Rabeximod

In January, Cyxone carried out a rights issue of 61 million SEK in order to initiate the phase IIb study with Rabeximod later this year. Just before midsummer, the company submitted an application to initiate a clinical study to the Medical Product Agency in Hungary. Cyxone will submit more applications to authorities in countries it plans to conduct the study in.

Despite solid finances and an upcoming study initiation, Cyxone’s share has seen a negative development on First North during the year. Most life science stocks have had a rough ride on the market this year, but Cyxone lost around 55 per cent during the first half of 2022. In June, the board of directors dismissed Tara Heitner from the CEO position and Chief Operating Officer Carl-Magnus Högerkorp took on the role of acting CEO.  Learn more.

Cyxone’s board of directors also felt that the communication with shareholders and potential investors needed to be more efficient and therefore engaged Carl Johan Sjöström, who will assist Cyxone in matters relating to investor relations as a consultant.

As a shareholder in the company, Carl Johan Sjöström has closely followed Cyxone and developed a commitment to the company. Sjöström holds a master’s degree in computer science from Lund University and has worked as a consultant in IT for 18 years, including business development with a focus on digital channels and optimisation of customer experiences.

BioStock had the opportunity to ask some questions of Cyxone’s new IR consultant.

Carl Johan, how did Cyxone capture your interest?

– It was actually an article in Placera during summer 2019 that caught my interest, “Aktierna med största uppsidan“. Cyxone was the stock with by far the biggest upside. There was something incredibly enticing about that, of course. I decided to review the company properly. The commitment then grew as I learnt more and more.

– Then, of course, it did not hurt that Cyxone was researching important diseases like RA and MS. I have had people around me affected by these diseases.

Why do you think you were hired for this role?

A main reason is probably that I have become a popular writer among shareholders. I have written my own analyses as well as many reflective posts about Cyxone in recent years. In fact, I have never received as much appreciation as when I’ve written about Cyxone. Some people who have contacted us have RA or MS themselves. Many are interested and knowledgeable. Cyxone probably sees great value in my involvement here.

What are your ambitions in your new role?

– Here, greater transparency and relevance in communication is the great value. Shareholders should be able to understand the current situation even better. This will allow Cyxone to have a fairer valuation. By the way, there is a great column by Martin Lind at BioStock from 2016 that addresses a lot of this. That column is titled “Vilket informationsansvar vilar på biotechbolagen?“.

– I will also try to help convey a better picture of the challenges and limitations that exist around communication in publicly listed development companies – what can you tell the market and what you cannot tell the market.

Can you briefly tell us why Cyxone is an interesting investment?

– Innovation in the field of healthcare is a so-called megatrend. The population is getting older at the same time as the need for new drugs and treatments is great. Innovation in the pharmaceutical industry is also dependent on small biotech companies.

– Promising substances aimed at RA and MS with a good safety profile are in demand by the healthcare system. This is where Cyxone comes in.

– The market potential for Cyxone’s drug candidates is enormous. They have blockbuster potential, i.e., potential for annual sales of over 1 billion USD. Rabeximod, Cyxone’s candidate in RA, is heading into a phase IIb study, and is already very risk-minimised. The project has undergone clinical studies before and has shown good safety in several studies since then.

What is the most urgent question to answer from the investor community?

– The interest in the phase IIb study with Rabeximod in RA is of course huge now before the start. How has the risk been reduced by the optimisations made with regard to e.g., patient group selection?

– What has the collaboration with Professor Costantino Pitzalis resulted in that further increases the likelihood of success? Then, of course, progress on financing and possible licensing agreements is in focus.

– There is a lot else though. Early on, I presented a number of areas to management where more clarity would be desirable. I will now work on this together with Cyxone.