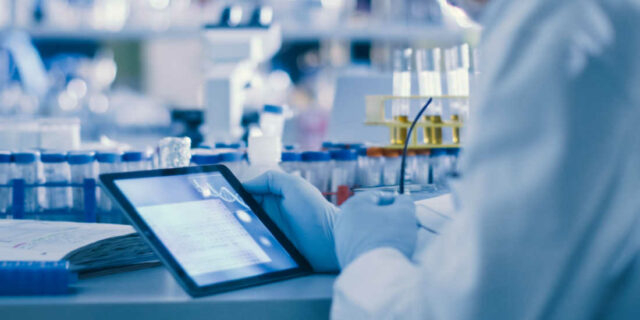 Respiratorius finished June with good news announcing that the last patient had been dosed in the pharmacokinetic study with VAL001. The drug candidate against diffuse large B-cell lymphoma , VAL001, has undergone a clinical study to evaluate the tailor-made release profile before a phase III study can be initiated. BioStock took the opportunity to ask CEO Johan Drott a few of questions.

Lundbased Respiratorius has steadily advanced the cancer candidate VAL001 through the clinical development stages. A development that in the not too distant future hopefully will culminate in a partnership agreement and further clinical studies.

VAL001 targets the rare and aggressive cancer diffuse large-cell B-cell lymphoma (DLBCL). The goal is to combine VAL001 with today’s DLBCL standard treatment R-CHOP, a combination of chemotherapy and immunotherapy. The candidate has so far shown very good results in clinical studies. In fact, the European Medicines Agency (EMA) considered the results of the company’s phase I/IIa study to be so promising that it recommended Respiratorius to take VAL001 directly to phase III and only conduct a pivotal study prior to marketing approval.

This not only means that the path to a potential approval will be shorter, but also that it will be more cost-effective as there is no need to conduct additional phase III studies or a phase IIb study, which are normally part of a clinical development program.

In order to build even more value in the project for the next steps, Respiratorius is carrying out a number of activities, including developing a new formulation. As part of this, a pharmacokinetic (PK) study is being conducted in Finland evaluating VAL001’s tailor-made release profile in healthy volunteers. The profile combines immediate and prolonged release of sodium valproate. In March this year, preliminary results from the initial part of the study were evaluated and the company concluded that these were as expected. The dosage with VAL001 achieves the expected concentrations considered to be required to give effect and is safe.

The last patient has now been dosed in the PK study and the work of analysing the results can soon begin. You can read more about the company here.

BioStock contacted CEO Johan Drott to find out more about what to expect now that the last subject is now dosed.

Johan, the last patient has now been dosed. What happens now?

– After dosing, a shorter follow-up of the participants is done to document possible side effects. All collected data on the PK profiles will be analysed, both for VAL001 and for the control that we used as a comparison, which is the equivalent used in the phase I/IIa study. After that, the study can be closed and reported.

When do you expect to be able to publish results from the PK study?

– You cannot expect a general publication, but the results are an important part of what we will present to potential partners. However, interested shareholders can expect a comment once the analysis is completed.

Once the PK study is completed, what will be the next step for VAL001?

– We have already started developing new marketing material for VAL001 and we have also initiated focused activities to jump-start the partnership process.