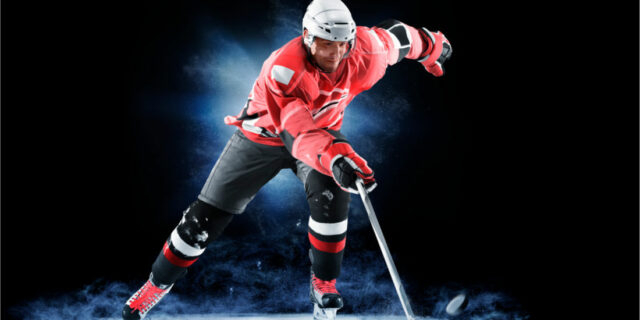 Köping Hockey is a third tier ice hockey team in Sweden, and its players do not get the same benefits as those in top league, the SHL. However, Köping chairman Anders Näsström strongly believes in player safety, and has thus invested in PolarCool’s brain cooling device PolarCap for concussion treatment. BioStock reached out to Näsström to get his take.

Head injuries and concussions are a concerning, yet all too common occurrence in ice hockey and other contact sports. Players are often side-lined for months, many are forced to retire early due to the severity of a concussion, and, in rare cases, concussions lead to long-term neuropsychological dysfunction, dementia later in life, or even death.

Despite recent advances in the diagnosis and management of concussion, a standard treatment able to greatly reduce the physical and societal burden of such injuries does not currently exist. The conventional course of action after suffering a concussion is intense, daily physiotherapy aimed at preventing further brain damage and reshaping a player’s motor skills and strength to give him or her the chance to get back to playing the game they love.

Only the elite get the healthcare they need

However, only the elite players in the top leagues have access to such rigorous healthcare routines. This is because only the top leagues have a large enough budget to sustain this level of care for their players. Moreover, players in lower tier leagues are forced to work side jobs to provide for their families and thus have limited amounts of time to dedicate to the recommended post-concussion healthcare.

While the SHL, being the top ice hockey league in Sweden, can afford to give its players the best healthcare there is, third tier hockey league HockeyEttan does not have the same resources. Yet, one team in HockeyEttan, Köping Hockey, has decided to put player safety first by investing in PolarCap, a medical device worn by concussed players right after injury that cools down the brain, bringing down the levels of inflammation and thus preventing long-term damage to the brain.

PolarCap is being developed by Lund-based med tech company PolarCool. The company’s vision is to give athletes peace of mind while playing the sport they are passionate about by reducing the risk shortened careers short due to concussions.

This vision is well on its way to reality, as PolarCap has received clinical validation (read more here) and several top sports teams in Europe have adopted the device for their player’s protection. Last year, the SHL itself renewed its agreement with PolarCool to provide PolarCap at all 14 of its arenas. Additionally, some teams in the second tier Swedish ice hockey league HockeyAllsvenskan have signed deals with PolarCool to receive the device (read more here). Now, third tier team Köping has also invested in the brain-cooling device.

Köping’s chairman talks about the importance of player safety

BioStock got in touch with Köping Chairman, Anders Näsström, to get his stake on why the league, despite the lower budget, decided to go all in on PolarCap.

Anders Näsström, what are your main responsibilities as chairman of Köping Hockey when it comes to player safety?

How big of a concern are head injuries and concussions at Köping Hockey?

– Last season we had two players who had to quit due to concussion. It varies from season to season. On average, I would say that we have three brain injuries in the senior team every year.

In your opinion, are professional sports leagues putting enough effort into protecting players from concussions and giving players the necessary peace of mind to play the sport they love without worrying so much about head injuries?

– People have become more aware of head injuries in the last 5-6 years, but before that it was the macho culture that prevailed, just go out again after an injury. Now they have started to take the problem more seriously, but there is still a lot to do.

How did you hear about PolarCap, and what was your initial reaction?

– I heard about PolarCap from a parent of a junior in our club who accompanied on a game where a player had a concussion and where PolarCap was used. The day after the incident, PolarCool called me to sell the product, it was a coincidence. I was completely convinced that we would buy it and everyone on the board said yes.

Köping is a third tier ice hockey team in Sweden and thus has a considerably lower budget compared to SHL teams. What does this mean for the Köping players in terms of healthcare opportunities?

– We have a much lower budget, but it all depends on what you value. Most clubs in our league spend all their money on recruiting players. We want the players to feel that we take care of them.

Despite the lower budget, Köping still decided to invest in PolarCap to provide it to all its players. Why?

– We saw studies on how well the product works. But also, I really like this type of project and I felt that we should be involved in the test. I hope that every team in HockeyEttan will get involved so that PolarCap is always on site in the ice rinks.

Does this purchase mean you will have to make financial sacrifices elsewhere?

– No, we have offered the players less pay, but this is an advantage for them in the long run. If we can reduce sick leave, they can continue to go to work. Anyone who has a concussion probably thinks it’s worth it.

Finally, a device like PolarCap is a welcome addition to a team’s medical arsenal, but what more needs to be done to preserve the health and well-being of professional athletes in a sport like ice hockey?

– One measure that is needed is to remove the tempered glass that remains in division one, it is like being tackled against concrete. The helmets have gotten better, but you can develop them even more. There is a lot to do.