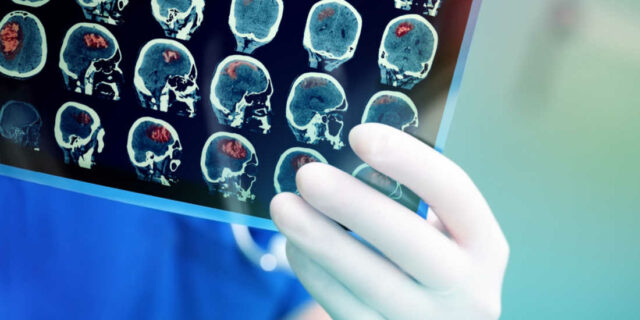 So far Danish Curasight has seen positive phase II results in three out of its four strategic target indications with its uTRACE drug candidate. The time has now come to the phase II study within the main strategic indication, brain cancer. The investigator-initiated study has now been fully recruited and the company expects results to be published during the second half this year.

Danish biotech Curasight has good reasons for highlighting brain cancer as one of its main strategic targets when developing its uPAR approach to cancer diagnostics and treatment. Overall, in the U.S. and EU, about 65,000 people are affected each year by brain cancer of which approximately 30,000 are high-grade gliomas. The survival rate for these high-grade glioma patients is grim reading – with median survival rate being around 14 months and with a 5-year survival rate of only 5 per cent. Approximately 10 per cent of the patients are children. The standard treatment for brain cancer patients consists of surgery and external radiotherapy in combination with chemotherapy.

External radiation therapy targets the tumour, but also affects the healthy tissue around it. This is a major problem in brain cancer because the tissue around the tumour is particularly sensitive.

Another problem with this treatment is that although the main tumour may have been identified, e.g. by MR imaging, it is typically surrounded by diffuse infiltration of cancer cells that are not possible to identify on MR scans. Accordingly, even if the main tumour as seen on MR scan is treated, not all cancer cells are targeted and the cancer keeps coming back.

According to Curasight, there have been no major improvements in the treatment of brain cancer for more than a decade, since the current combination treatment regimen with external radiation therapy was introduced more than 15 years ago. With the drug candidates uTRACE and uTREAT Curasight hopes to develop a gentler and more effective treatment for brain cancer.

The candidates are meant to be used together enabling healthcare professionals to “see what they treat and treat what they see” – meaning if the cancer appears at the PET/CT imaging (uTRACE) – there is also a high probability that the cancer is affected with the internal targeted radiation treatment (uTREAT), as the same biomarker and coupling to the cancer cells is used. In other words “what you see – is what you treat”.

Before a PET scan, the patient is injected with uTRACE, via a vein in the arm and distributed via the bloodstream around the body. uTRACE will seeks out and bind to the cancer cells that may be in the body, which causes the cancer cells to light up during the scan. It provides important information about the location of the cancer and the degree of cancer aggressiveness. Importantly, it may also demonstrate whether the patient is relevant to treat with uTREAT, which then seeks out the cancer and there delivers local radiation that affects the cancer, minimizing radiation to the surrounding tissue.

You can learn more about the technology here.

Curasight recently announced that the recruitment for the phase II study with the uTRACE technology for the diagnosis of brain cancer had been completed. The trial conducted at Rigshospitalet in Copenhagen and testing 68Ga-NOTA-AE105 uPAR-PET/MR in patients with gliomas aimed to collect data on 30 patients out of a total of 35 patients recruited to the trial. It is this number that has now been reached according to the primary investigator. Results from the study are expected to be published during the second half of 2022.

In a press release, the company’s CEO Ulrich Krasilnikoff states.

»We look forward to seeing the first data from this study in brain cancer, as we believe it will also give us important insight into the best way forward of using the uPAR-targeting radionuclide therapy uTREAT in brain cancer patients, in particular the most aggressive high-grade gliomas.«