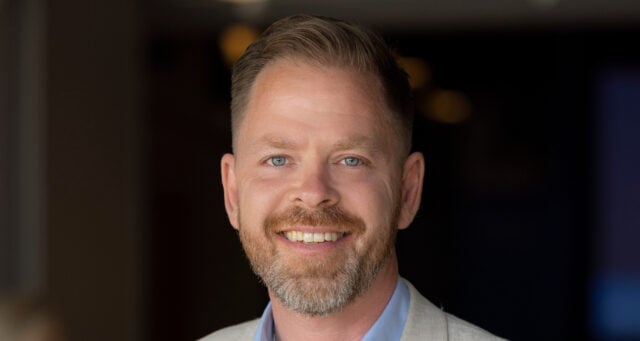 Region Stockholm is aiming to become one of the world’s five leading regions within Life Science by 2025. 10 MSEK is now being allocated to start a new Life Science office with a focus on removing barriers for innovations in the region. BioStock talked to Martin Tegnér who will lead the work.

Life Science is identified as one of the largest industries in the Stockholm business community. The region considers the industry of Life Science to be important for both regional and national growth.

“There are incredibly good conditions here in Stockholm. We already have a well-functioning cluster for Life Science and a good reputation throughout the world. Now we want to become one of the five best places in the world when it comes to Life Science,” says Martin Tegnér.

He explains that the capital already stands out internationally as an interdisciplinary hub of knowledge.

“In Stockholm, there are unique conditions with the knowledge hub that is being developed in Hagastaden around Karolinska Institutet and Karolinska University Hospital. There are already many companies that start and grow here and many foreign investors are interested in the area. And in southern Stockholm, we also have strong research and innovation in, among other places, Flemingsberg and Södertälje.”

One of the problems that has been identified is the difficulties of achieving collaborations and access to healthcare in order to develop new medicines, treatments and medical devices.

“We will invest in making greater amounts of health data available, in a way that ensures privacy protection for patients and residents. Research on health data contributes to increased knowledge and development of prevention, diagnostics and treatment of our patients. It is also about strengthening cooperation with academia. A major focus will also be making it easier for small and medium-sized companies to get access the right infrastructure.”

The region’s strategy contains five prioritised focus areas.These areas are precision medicine, interdisciplinary collaboration, healthcare that is available for research, increased use of health data and creating an attractive environment for life science companies to operate in.

A physical cluster is crucial

“Digital platforms are good, but the physical is also very important. Karolinska Institutet and Karolinska University Hospital are close to each other, but when a bridge was built between the buildings, cooperation suddenly became much easier. It makes a big difference that you can now walk in between in your work clothes. Accessibility provides the conditions for taking the collaboration one step further.”

It was recently decided that the International Vaccine Institute, which is part of the WHO, will open their European office in Stockholm. The institute will work on vaccine research and development together with public and private actors in European countries. The arrival of the International Vaccine Institute is believed to further increase the potential of the area.

“It is positive that more parties are gathering close to each other. Stockholm is from an international perspective quite small, so the conditions for close cooperation are good. In addition, Karolinska Institutet, Stockholm University, KTH and the School of Economics are within a radius of two kilometers.”

Business is important for the region

Martin Tegnér most recently came from the role as responsible for the work on developed crisis preparedness from the pandemic. This role made him realise how important the business world is for, among other things, healthcare.

“During the pandemic, I worked on obtaining protective materials, it became clear to me that we are dependent on each other, if we had not had the support from the business community, we would not have been able to obtain the protective material. I am convinced that we need to cooperate more.”

One of the goals for the region is to make it easier for new companies in the industry to establish themselves.

“It should be easier to understand how the industry works and how to get in touch with different parties. At the end of the day, it’s about saving lives and curing diseases, it’s incredibly important that we make sure that there are even better conditions for that.”