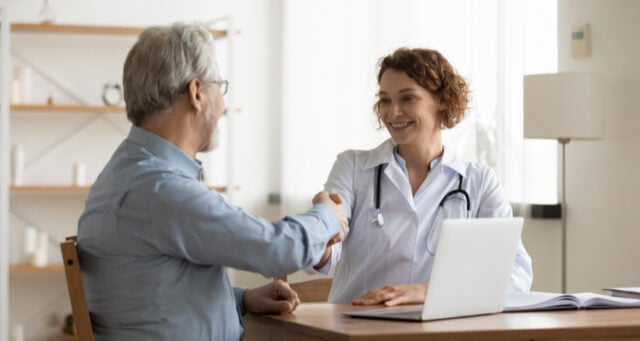 The most important activity for Promore Pharma in 2022 has been the phase IIa study with drug candidate ensereptide. The company announced earlier this week that the study participants have now completed the last clinic visit. The next step is to analyse the data, with the goal of presenting results sometime during the winter. BioStock conducted a brief interview with CSO Margit Mahlapuu.

Solna-based Promore Pharma develops drug candidates for wound treatment, and lead candidate ensereptide is being developed to counteract various forms of scarring. Primarily, the company wants to give the healthcare system a solution treating disfiguring scars that occur after surgery or trauma. However, the company believes that the candidate also has the potential to be used to prevent adhesions after surgical procedures, for example tendon repair surgery or spinal surgery.

The market for wound care is significant and Promore Pharma has noted an increasing interest in bioactive wound care.

During the spring, the company has conducted the double-blinded phase IIa study PHSU05, to investigate the safety and tolerability of the substance. They also want to investigate the medicinal effect the substance on dermal scar formation. This is done through visual evaluation and a histopathological analysis that provides both quantitative and qualitative information about the scarring.

Twenty-four healthy volunteers have received experimentally induced wounds and have then been treated with either ensereptide or placebo. The participants have been followed up for about 12 weeks. The 12 weeks have now passed, and the patients have made their last visit to the CRO partner’s clinic, CTC Clinical Trial Consultants in Uppsala. Biopsies have been collected that will be analysed during the autumn. The goal of presenting a full report on the results of the study during the winter of 2022/2023 remains in place as planned.

These results will form an important basis for future studies with ensereptide to secure as efficient a path to market as possible.

You can read more about the study here.

First of all, Margit, what is your take on the study going according to plan and that you have now completed the treatment of the participants?

– Through the completion of the study’s clinic phase, we have managed to eliminate a number of significant risks. When we started the patient recruitment, we were still in an uncertain period of the Covid pandemic. We are very pleased with the support provided by CTC Clinical Trial Consultants, a clinical research organisation based in Uppsala. It is also positive, of course, that we have succeeded in collecting the biopsies that will form the basis for the histopathological analysis, in accordance with the study plan. Having said that, important and technically demanding work remains to be done in order to finalise all analyses that are part of the study protocol.

With the final results expected to be presented during winter, what have you been able to ascertain from the study so far?

– What we know is that we have exceeded our goal in terms of how many patients have completed the entire study protocol. Furthermore, we can conclude that no serious side effects have occurred during the course of the study. We still have significant work that remain, which includes the histopathological analysis. Until this analysis has been completed, the study will remain double-blinded.

What are your expectations for the outcome?

– Our hope is, of course, to be able to find evidence that ensereptide can reduce the occurrence of skin scarring after surgical incisions. We also hope that we will be able to gain a better understanding of factors that can be important as we design a potential follow-up study, such as optimal follow-up times, suitable study markers and insights regarding dimensioning.