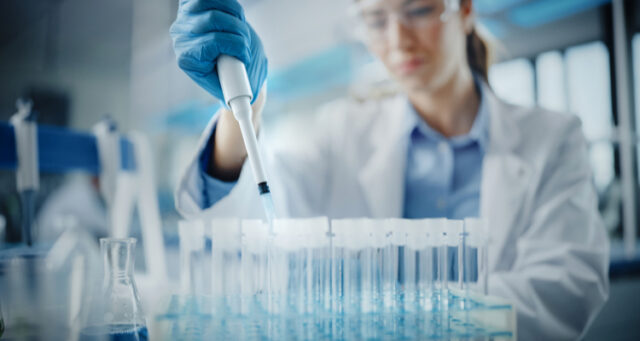 Uppsala-based DexTech are now preparing for the proof-of-concept study that will evaluate the drug candidate OsteoDex for the treatment of multiple myeloma. The candidate has shown clear clinical efficacy results in castration-resistant prostate cancer and preclinical indications of efficacy also in multiple myeloma. BioStock took closer look at the multiple myeloma treatment market to identify the potential of DexTech’s complementary venture.

Multiple myeloma is a form of cancer that occurs in the bone marrow, in which a type of white blood cell called plasma cells develops into cancer cells. The cancer cells interact with bone-degrading osteoclasts, which cause pain and fractures. The disease leads to a lack of normal blood cells and, as a result, impaired immune system and anaemia. A person affected by myeloma easily becomes short of breath, tired and is more susceptible to infections due to the weakened immune system.

Multiple myeloma is less common than other blood-related cancers such as leukemia and lymphoma. Every year about 170,000 people are diagnosed globally and the disease is estimated to cause around 120,000 deaths per year. Thanks to new treatments, survival rates have increased in recent years, but there is still a great need for new treatments to continue to improve treatment outcomes. Today, the 5-year survival rate is a little over 50 per cent.

The global multiple myeloma treatment market was in 2018 estimated at approximately 19.5 billion USD and is expected to grow at an annual growth rate of around 6 per cent to reach a size of over 30 billion USD by 2026.

Although the new drugs of recent years have changed the range of treatments, chemotherapy is still used for multiple myeloma, not least high-dose treatment supported by stem cells. However, the combination is only suitable for patients who are still in good physical condition as the treatment is very hard on the body.

Today the treatment of multiple myeloma consists, in the majority of cases, of various combinations of immunomodulatory drugs, proteasome inhibitors and monoclonal antibodies. How the drugs are combined depends on several different factors, such as disease stage, age, kidney function and general condition. In general, it can be said that the drug combinations are aimed at strengthening the immune system’s ability to fight the cancer, while trying to prevent the cancer cells from dividing and growing strong.

Today, the most common component of a combination treatment for myeloma is Celgene’s blockbuster Revlimid, an immunomodulatory drug introduced in 2017 that last year sold for 12.8 billion USD. Other commonly used drugs are Bristol Myers Squibb‘s monoclonal antibody Empliciti and Velcade, a proteasome inhibitor co-developed by Japan’s Takeda Pharmaceuticals and Belgian Janssen Pharmaceutical.

Upcoming treatments along the same lines

Uppsala company DexTech has taken a different approach. The company are currently preparing a smaller clinical proof-of-concept study to evaluate the drug candidate OsteoDex‘s relevance for the treatment of the disease. OsteoDex has a mechanism of action in which bone degradation is slowed down while the tumour cells are killed. OsteoDex is specifically enriched in the diseased area of the skeleton through bisphosphonate contained in OsteoDex.

DexTech has previously seen clear treatment efficacy in a phase IIb study in metastatic castration-resistant prostate cancer (mCRPC). In preclinical studies, the company has also identified potential in multiple myeloma, a condition that has much in common with bone metastases from prostate cancer (interaction between bone cells and tumour cells). Preclinical studies have shown that OsteoDex is highly effective against myeloma cells and has a more potent cell-killing effect than against prostate cancer cells.

But what really matters is whether or not the candidate can show efficacy in humans, which is what the upcoming study is intended to determine. If DexTech can verify OsteoDex proof of concept against multiple myeloma, the company’s portfolio would include a drug candidate with potential in two different cancer indications with high market values.