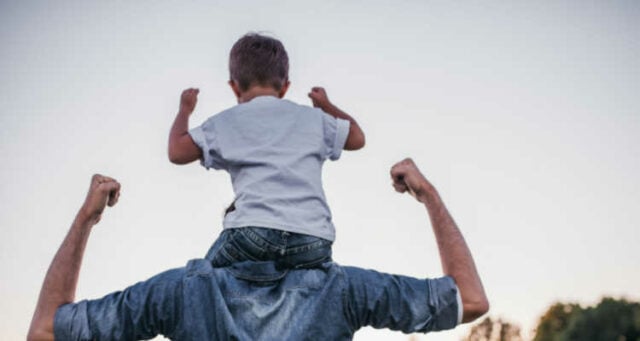 It is safe to say that Q1 was eventful for Danish Curasight who expanded its clinical development portfolio with no fewer than two new indications. With a solid financial position and late-stage clinical development in four different cancer indications, the company sets itself up for quite an interesting year. BioStock contacted Curasight’s CEO Ulrich Krasilnikoff to get his view on the past quarter.

Danish biotech Curasight has two projects in development, both targeting the uPAR receptor, a known biomarker for cancer aggressiveness. The first project, uTRACE, is a tracer ligand for cancer diagnostics, and the second, uTREAT, is a short-range radiation therapy. The last few months have been pivotal for the company, which has received a number of promising phase IIb-results in several cancer indications.

You can read more about the updated strategy here.

With phase II completed in three of the targeted indications, the next step will be to carry out phase III studies. Rather than testing the different indications sequentially the company has decided to test them in parallel at the same time as it believes this to be the best way to create value for the shareholders. This means, of course, that the company is heading towards a rather cost-intensive period.

At the end of the first quarter, Curasight had a cash position totalling 64 MDKK, a quite good financial position considering that the loss for the period amounted to approximately 1.3 MDKK. The 64 MDKK will however not be enough for all the planned activities and the company states in the Q1 report that the further funding will depend on what kind of partnership agreements the company is able to enter.

Patent granted in the US

Apart from the clinical results and the updated strategy, Curasight recently announced that yet another patent regarding uTRACE has been granted in the US. The company already has a US patent for the use of uTREAT armed with Gallium-68. The new patent covers another version of uTRACE, where Copper-64 is used as the imaging radionuclide. Adding another imaging compound to the portfolio is an important commercial step for the company, building a strong position on the American market, especially for healthcare providers who prefers copper as the radioactive isotopes.

BioStock has contacted CEO Ulrich Krasilnikoff to get his view of the past quarter.

First of all, how would you characterise the first quarter?

– The first quarter has in many ways been an eventful quarter with the publication of positive results in the completed investigator-initiated phase II study in neuroendocrine tumors (NET), and the acquisition of TRT Innovations to strengthen the therapeutic platform uTREAT. Finally, in the quarter we announced the expansion of our strategy, which in addition to brain cancer and prostate cancer, now also includes neuroendocrine tumors (NET) and head and neck cancer – both in diagnostics and therapy.

In the report you state that the further financing depends on what kind of partnership you are able to enter. What are the possible scenarios and are there any such discussions ongoing right now?

– We have received a number of serious inquiries, which we naturally spend a lot of resources on currently uncovering the potential match and mutual interest in a possible partnership. What we are looking for from Curasight’s side is, of course, to get the greatest value out of each individual indication, why it is conceivable that more partnership agreements will be entered into with different pharma companies. But time must show, just as it must be emphasized that it is a cumbersome process that can take a while.

The recent market turmoil has led to a worsened financing environment. What are you able to do with your current financial position?

– Curasight has a real good financial position, which means that we do not have to raise new funding for the time being, which I am grateful for as times look at the moment. Unfortunately, I believe that what we are witnessing at the moment will be a protracted crisis, so it is important that we use the financial resources we have wisely. With that in mind, it does not change our development program.

– If and when we succeed in concluding one or more partnership agreements, it will have very important strategic value for Curasight, as it not only de-risks our case, but also contributes to the financing of the future clinical development within each individual indication. In parallel with this, we are constantly discussing with potential new institutional investors to be prepared if new funding becomes necessary to cover further clinical development not covered by strategic partnerships.

Starting 2022 strong, what are your expectations for the rest of the year?

– My expectation is that the rest of 2022 will be even more interesting with the news flow we look into – including the completion of the phase II study in glioblastoma with uTRACE and the corresponding preclinical study in therapy with uTREAT in glioblastoma. This, together with the other items mentioned above, I hope will benefit all our loyal shareholders.