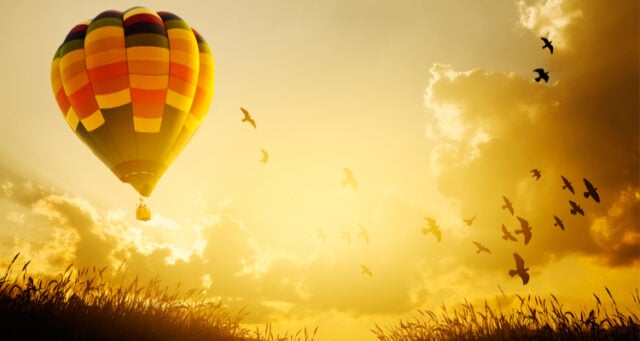 An external expert committee has unanimously recommended FDA approval of two of Bluebird’s gene therapy treatments. Thus, the prospect for Bluebird to launch the treatments later this year looks likely. BioStock contacted Jan Nilsson, CEO of CombiGene, Sweden’s only listed gene therapy company, to get his view on the expert committee’s opinion.

Bluebird Bio is developing gene therapy treatments for serious genetic diseases that currently have limited or no treatment options, focusing on beta-thalassemia, cerebral adrenoleukodystrophy as well as sickle cell disease.

Based in Massachusetts, the world’s most concentrated life science cluster with over 430 pharmaceutical and biotech companies, the company has had a financially tough year that has led to staff cuts. Hence, a regulatory approval from the FDA would mean a lot to the company at this point, not to mention two approvals, which now seems more likely.

The Cellular, Tissue, and Gene Therapies Advisory Committee, in two unanimously and separate votes over the same week, has recommended to the FDA to approve two of Bluebird’s gene therapy treatments. The first applies to elivaldogene autotemcel (eli-cel) for the treatment of the fatal but rare condition cerebral adrenoleukodystrophy.

The second opinion concerned the candidate betibeglogene autotemcel (beti-cel) as a potential treatment for the blood disease beta-thalassemia, where the committee was thus also unanimously positive. Overall, the candidates were praised as outstanding and with tremendous treatment potential, as well as the benefits definitely outweighing the risks.

If both candidates finally receive FDA approval, so-called priority reviews – regulatory reviews worth a total of 200 MUSD for Bluebird – await.

The announcements could not come more timely for Bluebird, which in its 2021 annual report warned of a strained cash position and a substantial concern about the possibilities of keeping the business running after the end of 2022 without capital injections.

In addition to a cost review, the company is evaluating various financing options, with the sale of priority review vouchers being one of the options.

The field of gene therapy has undergone major changes in recent years, but in terms of the number of approved treatments, they are still relatively few. If the FDA approves Bluebird’s two candidates, it would be the third and fourth treatment, respectively, targeting hereditary diseases.

Unlike traditional drug therapies for chronic diseases that often require lifelong treatment, gene therapies can cure a disease with only one or a few treatment sessions. The treatment involves replacing defective or missing genes, or as in Swedish CombiGene’s case, where the expression of already functioning cells is strengthened.

Last year, CombiGene signed an agreement with American Spark Therapeutics for CG01, CombiGene’s gene therapy being developed for the treatment of drug-resistant focal epilepsy, the most common form of epilepsy in adults. The agreement is worth up to 328.5 million USD.

BioStock contacted Jan Nilsson, CEO of CombiGene – who has just visited partner Spark in Philadelphia and subsequently attended the big BIO International Convention in San Diego – for a comment on the good news from Bluebird.

Jan, for starters, what similarities do you see between Bluebird’s and CombiGene’s gene therapy treatments?

– Let me start by congratulating Bluebird on this amazing success. The obvious similarity between Bluebird and CombiGene is that we both work with vector-based gene therapy to treat severe diseases and conditions that currently lack effective treatments. Technically, we have chosen slightly different paths, but both companies have through their projects advanced the positions of gene therapy. The diseases, which Bluebird intends to treat with the two candidates that will hopefully be approved by the FDA, are serious but rare. CombiGene’s epilepsy project CG01, which has been outlicensed to Spark Therapeutics since 2021, is aimed at a very significant patient population. Since CG01 is targeted at the approximately one third of the patients who are not helped by existing drugs or who suffer serious side effects, we have a potentially good starting point in the event of a possible market introduction.

The FDA does not have to follow the recommendations of expert panels, but often does. What would an approval mean for the gene therapy sector as a whole?

You’ve just returned from the world’s largest partnering meeting, Bio 2022 in San Diego, USA. Can you talk about what your participation has brought?

– I can sum it up in one word: contacts. Without going into concrete details, I can say that I have met a number of very interesting companies and had the opportunity to both present CombiGene’s operations and to take part in other companies’ development projects. This type of networking is always very long-term in nature, and it is important to build not only interest but also trust. The outlicensing agreement with Spark that we signed in 2021 was the result of a long dialogue that intensified over time. At the moment we are not looking for a partner for our lipodystrophy project CGT2, but in the long term it may be relevant, and it is therefore important to already now establish good relations with potential partners. In terms of CombiGene’s business development, our focus is currently on finding new projects to in-license for value-creating preclinical development. Also seen from this perspective, the days in San Diego are very valuable.
The content of BioStock’s news and analyses is independent but the work of BioStock is to a certain degree financed by life science companies. The above article concerns a company from which BioStock has received financing.