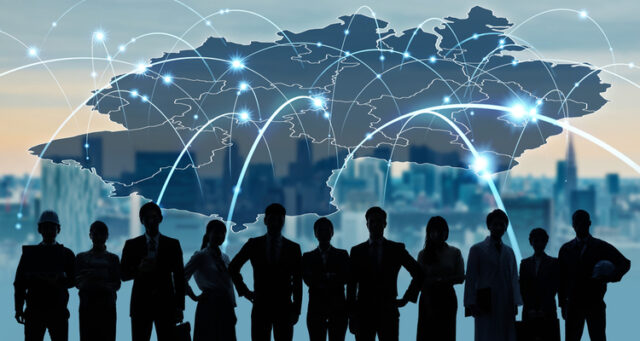 Lund-based BiBBInstruments is developing a family of biopsy instruments, EndoDrill, with the goal of offering higher diagnostic accuracy and earlier diagnostics in several of the most serious cancers. The company has seen great interest from both clinically active doctors and major financiers. This was evident at the end of May, when BiBB participated in Digestive Disease Week – the world’s largest congress for gastroenterology and endoscopy.

In its 2021 annual report, medtech company BiBBInstruments emphasises last year’s achievements, with the successful EDMX01 clinical study with EndoDrill GI standing out as the milestone that put the company on the global endoscopy map. This study, which came to an early end thanks to the purpose of the study being fulfilled at 7 of the projected 20 patients, brought Proof-of-Concept for EndoDrill in submucosal gastric tumours – a recognised difficult-to-diagnose form of cancer. In addition, BiBBInstruments, led by CEO Fredrik Lindblad, highlights the continued development of its product portfolio, the application for MDR certification, and dialogue with the FDA regarding market approval, as important activities in 2021.

Promising outlook for a range of indications

According to the company, the successful pilot study means a promising outlook for further studies with sampling in other organs that are examined with endoscopic ultrasound (EUS). This is something that the company has come a long way with in terms of planning and has seen great interest in from clinicians. There are plans to start evaluating EndoDrill GI in the second half of the year in suspected pancreatic cancer, which is both one of the most difficult-to-diagnose cancers and the largest indication for EUS biopsy.

Additionally, the ongoing pilot study EDUX02 with EndoDrill URO in muscle-invasive bladder cancer is expected to be completed in June 2022. The company is also in the final phase of developing the third product variant, EndoDrill EBUS, for sampling in lung cancer. A fully-developed instrument will be followed by clinical validation.

Participation in the largest congress of the industry

The progress of the pilot study EDMX01 led to the company being recently selected to present at Digestive Disease Week (DDW) 2022 in San Diego – the world’s largest congress in the areas of gastroenterology and endoscopy. This gave BiBBInstruments the opportunity to tell the global elite within the field more about the company’s technology, which differs from today’s biopsy instruments in several crucial ways. BiBB’s electric driven biopsy technology enables sampling of both larger and contiguous pieces of tissue, or core biopsies, of the tumour – unlike today’s manually handled EUS needle instruments, which often provide more difficult-to-analyse samples of blood-contaminated tissue fragments.

The company was represented at the congress by CEO Fredrik Lindblad, the founder Dr. Charles Walther and the endoscopists Dr. Robert Glavas and Dr. Fredrik Swahn. Dr. Glavas, the person in the successful pilot study with the most clinical experience with EndoDrill, has commented on the technology:

»I have tried all the existing manual EUS needle instruments on the market, and in comparison, EndoDrill, which is electric, stands out as the most effective sampling instrument. I believe that EndoDrill could be a game-changer in the EUS biopsy arena for many different cancer indications«

At DDW, BiBB’s team also had the opportunity to network with decision-makers, companies, researchers and other important professionals from the industry. This gave BiBB a valuable opportunity to present themselves to the US market, which is the world’s largest market for EUS biopsy instruments. The team also conducted scheduled presentations of EndoDrill at individual meetings for some of the largest global groups that are market leaders in endoscopic ultrasound with manual fine-needle instruments.

The company’s CEO Fredrik Lindblad has commented on the participation at the congress:

»There were successful and intense days at the DDW Congress in San Diego. Among other things, we had the opportunity to present EndoDrill to several potential global partners. We had brought a complete system from Sweden and were able to demonstrate the product in front of a number of industry representatives. There were interesting meetings that are now followed up. Our belief in EndoDrill technology was further strengthened after this trip to the United States.«

BiBBInstruments thus seems to be on the right track as it continues to establish itself as a pioneer in electric driven endoscopic biopsy instruments. The company’s strategy is clear; in the next few years, BiBB intends to clinically prove EndoDrill’s ability to be the first EUS biopsy instrument to take core biopsies in indication after indication. With a product portfolio consisting of the market’s first EUS core biopsy instrument (EUS-CNB), convincing clinical data for several serious cancers, as well as market approval in Europe and the USA, the plan is to enter into a collaboration agreement with a leading distribution partner.

The journey towards the goal of establishing a new endoscopic biopsy technique as a standard of care, and thus revolutionising the sampling of difficult-to-detect cancers, is still far from over, but BiBBInstruments seems to have taken important steps towards this goal – especially during the past year.