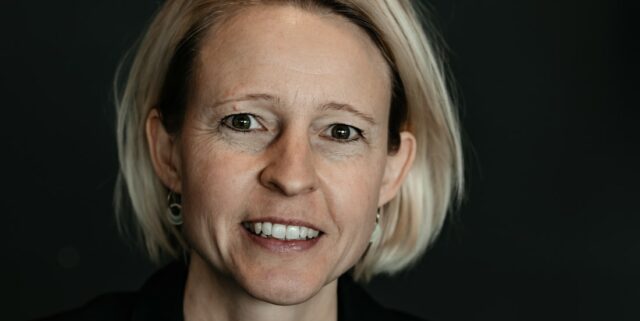 When BioStock contacts Arcede Pharma’s new CEO Mia Lundblad, the company is just about to be listed for trading on Spotlight Stock Market. We spoke to Mia to find out more about her background; the journey from Astra Hässle, via Novo Nordisk, to a small development company in Lund with ambitions to launch the next generation COPD treatment.

June 29 was the first day of trading for Arcede Pharma’s share on Spotlight Stock Market after the spin-off from Respiratorius. Arcede Pharma thus carries on Respiratorius’ original development project and it does so with Mia Lundblad, a specialist in clinical pharmacology and pharmacokinetics, at the helm.

Mia joined Respiratorius just over a year ago and started working on, among other things, the company’s respiratory project RESP9000. The project, with the drug candidate RCD405,  is being developed as a treatment for COPD and severe asthma. It will now be Mia’s task as CEO of the newly spun-off company to drive the project forward – from the ongoing preclinical stage through the clinical phase and onto the market.

“To be sure of achieving success in the project, it is important to take it step by step and to do the right studies at the right times. Of course, we want to move forward as quickly as possible, but at the same time we, as a small company, also have limited resources. In a small company, it is important to first focus on the essential studies and then evaluate what additional studies may be needed, to not rush and do experiments that do not take the project further”, says Mia Lundblad.

Started out at Astra Hässle

The entry into the pharmaceutical world happened early for Mia, who did her high school work experience at Astra Hässle.

“Through Karl Gunnar Regårdh, who is somewhat of a nestor in the pharmacokinetics world, I got into the DMPK department where they studied, among other things, the uptake, distribution and breakdown of drugs in the body. I learned a huge amount and got to make a few simple experiments at the beginning. After my high school work experience, I continued with summer jobs in the same department for several years and when it came time to study further, I felt that pharmacy was a perfect education for me.”

After graduating, she continued within academia and obtained a PhD position at Karolinska Institutet where she continued to immerse herself in drug metabolism.

“It was very exciting to do trials at the test tube level and then see the real clinical effect as well as understand the correlation between lab trials and humans. Kinetics has always fascinated me, to understand how concentrations and effect are connected.”

Worked with inflammation at Novo Nordisk

After completing the doctorate, Mia and her husband moved south where a career at diabetes giant Novo Nordisk awaited. Despite the company’s clear diabetes profile this was not her primary focus. During her 12 years at the company, the focus was instead on inflammation. In several senior roles she worked with indications such as psoriasis, IBD, rheumatoid arthritis and hemophilia.

“Those of us who worked in inflammation were somewhat of pioneers who were doing something new and here we had a lot of freedom in what we did, which was exciting and challenging. Novo Nordisk is an extremely reputable company that places high demands on its employees and expects a certain standard of the work performed. I have taken this with me and would like mine and my colleagues’ work to be of a high level,” says Mia.

Despite the many advantages, the big company’s structured everyday life eventually led her to move on. She ended up at Ferring Pharmaceuticals where she worked as a senior pharmacokineticist.

“At Ferring, I worked on projects both in research and preclinic as well as the early clinical phase and gained a good insight and understanding of what data is important and what is really required to be able to run a project from the research stage to clinical development. Here there were a bit more opportunities to think outside the box and time to dig into details. It was partly quite different from Novo Nordisk but also extremely educational and exciting,” says Mia.

Prepares the project for clinical studies

The developmental freedom increased further when she joined Respiratorius last year and when she now enters her new role as CEO of Arcede Pharma, it will be almost complete.

“Ten years ago, I probably would have thought that a step like this would have been a little scary to take. But now I have the knowledge and confidence to do so, and I know what we should focus on.”

The project is currently working together with Iconovo regarding the formulation, while the toxicology programme continues. The toxicological studies are important for understanding the safety profile of the substance and are also a prerequisite for progressing the project to clinical studies. With RCD405, the company is taking aim at a huge market, dominated by drugs with old mechanisms of action where not much has happened to improve the treatment of patients in recent years.

“As I see it, the potential of the project is very high. Much of the market’s focus is on different types of beta-stimulators and muscarinic antagonists and these are prescribed on their own or in combination, depending on the degree of disease. Many leading researchers in the field believe that there is a need for new types of drugs that have effect via mechanisms of action other than those that dominate the market at the moment. On the one hand, the effect needs to be better, especially beta-agonists have a tendency to produce a decreasing effect over time (tachyphylaxis), and on the other hand, the side effect profiles need to be improved. What is primarily called for are treatments that affect the underlying disease factors with a focus on the inflammatory component. Here we see that RCD405 can become an important product as it has demonstrated airway dilatory but also anti-inflammatory effects via a different mechanism of action than currently approved COPD and asthma drugs, and the hope is thus to improve the treatment.”