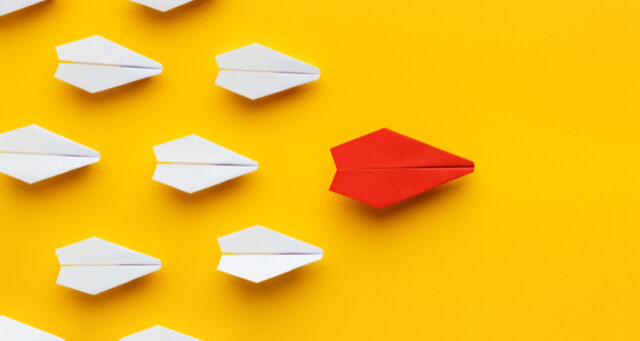 Targinta has selected the first ADC drug candidate, TARG9, which is armed with a powerful toxin, primarily for the treatment of triple-negative breast cancer and glioblastoma. With this, the company is established as a leading player in the Nordics in the field of so-called antibody-drug conjugates. BioStock dives deep into the potential and benefits of the ADC technology.

Oncology company Targinta develops two types of targeted antibodies for the treatment of cancer: function-blocking antibodies and toxin-armed antibodies, also called antibody-drug conjugates (ADCs). The drug development is based on the discovery of the target molecule integrin α10β1, which is expressed by certain aggressive cancers such as triple-negative breast cancer and glioblastoma, but only at very low levels in normal tissue. The selective expression in certain types of cancer makes it possible to develop new drugs that attack cancer with higher precision.

Targinta is currently a wholly owned subsidiary of Xintela, but will be spun off and listed on Nasdaq First North Growth Market as soon as the market conditions improve, according to an interview with Targinta’s CEO Per Norlén.

Two candidates in the pipeline

The company’s product portfolio consist of TARG10, a function-blocking intergrin α10-antibody against metastasis, and TARG9, an intergrin α10-ADC, armed with a toxin that selectively kills tumour cells. Both candidates are in preclinical development phase.

TARG9 was selected at the beginning of April 2022 after extensive evaluation, partly financed by a grant from Vinnova. Per Norlén comments on the milestone in a press release:

»The selection of TARG9 as the company’s first ADC is a truly important milestone and establishes Targinta as a leading Nordic player within the hot ADC field. «

An ADC consists of a monoclonal antibody that is linked to a cytotoxic drug. ADCs has targeting ability because the antibodies bind to tumour-associated antigens, i.e. protein that is selectively overexpressed on certain cancer cells. The toxin-armed antibodies are designed to target the tumour cells and kill them, without affecting healthy tissue, thus minimising the risk of side effects.

Since the chemotherapy is delivered directly to the cancer cells, the treatment is more effective and safe than conventional chemotherapy, which affects the entire body and thus also healthy cells, causing troublesome side effects.

TARG9 – next generation ADC with a new target

Targinta’s candidate TARG9 is specifically targeted at integrin α10β1 found on cancer cells in glioblastoma and triple-negative breast cancer, among others, but not at all or very sparingly in normal tissue. This causes the toxin to be selectively delivered to cancer cells expressing integrin α10β1 where it has a cell-killing effect.

There are different ways to link the chemotherapy with the antibody and according to Targinta, TARG9 is created with the latest generation of toxin-conjugation technologies. The powerful toxin remains firmly attached to the antibody while in the bloodstream. The toxin is released only when TARG9 is taken up into cancer cells expressing integrin α10β1.

ADC is a rapidly growing segment of the cancer treatment pharmaceutical market. The global ADC market is expected to grow from USD 5.81 billion in 2021 to USD 22.87 billion by 2030, with a CAGR of 16.4 per cent. The market growth is mainly driven by rising incidences of cancer.

In the early development of ADC, some challenges were faced due to the complexity of the molecules. In recent years, significant advances have been made in ADC technology, which has resulted in successful clinical studies and multiple market approvals. This, in turn, has led to increased interest in ADC and proved itspotential as one of the most promising cancer treatments today.

Today, 11 ADCs have been approved by the FDA, eight of which were approved after 2017. Over 100 ADCs are currently being evaluated in clinical trials, but none of them is developed in any of the Nordic countries.

Targinta’s CEO comments on the potential

Targinta’s ambition is to enter into a partnership early to accelerate the development of TARG9 to market. BioStock contacted the company’s CEO Per Norlén to find out more about the development plans, the benefits of ADCs and TARG9s market positioning.

What are the main advantages of ADCs?

– ADCs can be seen as chemotherapies that are delivered selectively to cancer cells. This makes it possible to use significantly more potent toxins, providing greater efficacy while avoiding many of the severe side effects seen in treatment with chemotherapy. The potential of ADCs for both better efficacy and better tolerability is the reason why the field is so red hot today.

»The potential of ADCs for both better efficacy and better tolerability is the reason why the field is so red hot today.«

How is TARG9 differentiated from other ADCs in development and on the market?

– Two factors are decisive for the effect of ADCs: One is the target, i.e. the properties of the target molecule,and the other is the technology, i.e. how the antibody is conjugated. TARG9 selectively binds to integrin α10, atarget that is distinguished by its high expression in certain types of cancer, including triple-negative breastcancer and glioblastoma, and its very low expression in normal tissue. This means that TARG9 has the potential to have highly selective efficacy on cancer tissue, which is crucial for the success of an ADC. And as for the toxin conjugation, we are using the very latest technology that improves the ability to selectively attack cancer cells.

Could you tell us a little bit more about the new generation of toxin-conjugation technology that TARG9 is based on?

– Over the past decade, ADC technology has improved significantly, with the development of more powerful toxins and more stable conjugations that make it possible to deliver the toxin more selectively to the tumour. There are now links between antibody and toxin that are stable when the ADC circulates in the blood, but cleaved when the ADC is absorbed into cancer cells. It is also possible to control exactly where on the antibody the toxin is linked and how many toxins are conjugated to each individual antibody. All these technological advances have been exploited in the development of TARG9.

»Over the past decade, ADC technology has improved significantly, with the development of more powerful toxins and more stable conjugations «

Finally, what does the development plan for TARG9 look like?

– TARG9 will shortly begin the cell line development which is the first production phase. Production is costly and time-consuming and the start of production is therefore seen as a crucial milestone for all antibody-based drugs. The production also sets a timeline for the continued development as it takes just over two years to complete, from start to finish. Therefore, we expect to have a finished product and to initiate clinical studies in cancer patients in the second half of 2024. In parallel with the preclinical development, we will also put a strong focus on partnership discussions. 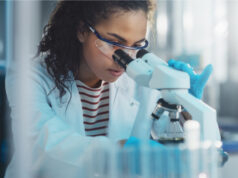 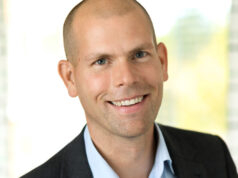 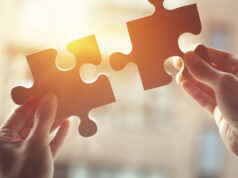