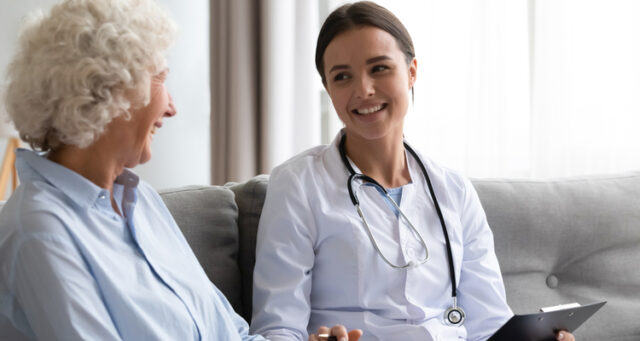 Lund-based Spago Nanomedical recently published its first interim report of the year and presented the activities from its Spagopix and Tumorad projects. BioStock talked to CEO Mats Hansen about the most important events during the quarter and about the potential of the projects.

First North-listed Spago Nanomedical has developed a patented technology platform based on functional nanoparticles that accumulate in tumour tissue. The platform forms the basis for the company’s development of a new contrast agent for magnetic resonance imaging (MRI) in cancer diagnostics, SpagoPix, as well as a new radionuclide treatment of solid cancer tumours, Tumorad.

In addition to a financial update, the company also reported on its activities in SpagoPix and Tumorad. Interim results from the SPAGOPIX-01 clinical study with the product candidate SN132D showed that the candidate is well tolerated and that it provides clear and consistent contrast in MRI images of solid breast cancer tumours.

Building on these positive results, the company decided to continue the study by including patients with pancreatic cancer in order to effectively demonstrate a broader use of SN132D. Read more.

During the first quarter, Spago also received extended patent protection for SpagoPix in Japan. This was recently followed by “Intention to grant” from the USPTO which means the patent protection now lasts until at least 2038 in key markets. The company has also filed patent applications to strengthen protection around Tumorad, a project that is also advancing, in this case with positive preclinical results. Data from a colorectal cancer model show that 177Lu-SN201, the drug candidate in the Tumorad project, reduces tumour growth and prolongs survival by 39 per cent.

Spago has previously presented promising preclinical results in aggressive breast cancer and has also pointed to the possibility of an orphan drug classification with 177Lu-SN201 in ovarian cancer. The first clinical studies with the candidate are scheduled to start at the end of 2022.

The CEO sees potential in the projects

With the first quarter behind us, BioStock contacted CEO Mats Hansen, to talk about what is going on right now and how he views the potential of the projects.

Mats, as communicated, you are broadening your clinical phase I study SPAGOPIX-01 to include patients with pancreatic cancer. Can you tell us more about why you have decided to do this?

– We continuously work to maximise the value of our activities and projects and this is a clear example.

– By modifying the study so that it can also include patients with pancreatic cancer, we can cost-effectively demonstrate SN132D’s potential in another cancer indication and thereby get more out of our ongoing study and hopefully increase the value of the project as a whole.

What is the timetable for the broadened study?

– The modified study protocol was recently approved by the Medical Products Agency and the recruitment of patients for the study with suspected or confirmed pancreatic cancer has already begun. We expect to be able to summarise the study during the year.

How does the study affect the potential of SpagoPix?

– Initially, the SpagoPix project has focused on breast cancer, a very common disease that annually affects about 2.3 million people globally. We believe that a new contrast agent without gadolinium and with higher precision will be able to take market shares from existing products and also increase its use further.

Could you also update us on the activities in Tumorad and the candidate 177Lu-SN201?

– Thanks to the knowledge and experience in the design and production of functional nanoparticles we have from the SpagoPix project, where we have confirmed, among other things, that our materials accumulate in malignant tumour tissue also in humans, we have been able to develop Tumorad at a very high pace.

– Intensive preparatory work is currently underway to initiate the first phase I/II clinical trial with the drug candidate 177Lu-SN201, our nanoparticle SN201 charged with the clinically proven radioactive isotope Lutetium-177, during the latter part of the year.

– We also intend to apply for orphan drug status for 177Lu-SN201 at a later stage for the treatment of ovarian cancer.

Finally, preclinical data support your approach with 177Lu-SN201, what opportunities does it create for Spago Nanomedical?

– Yes, that is true, we have previously shown positive preclinical results with the drug candidate in aggressive breast cancer and in January, we were also able to show that 177Lu-SN201 delays tumour growth and prolongs survival by 39 per cent compared to the control group in a preclinical model for colorectal cancer – which is a clear and statistically significant improvement.

– The results further strengthen our belief in the project and its future market potential, while also demonstrating the breadth of our technology and laying the foundation for continued clinical development.