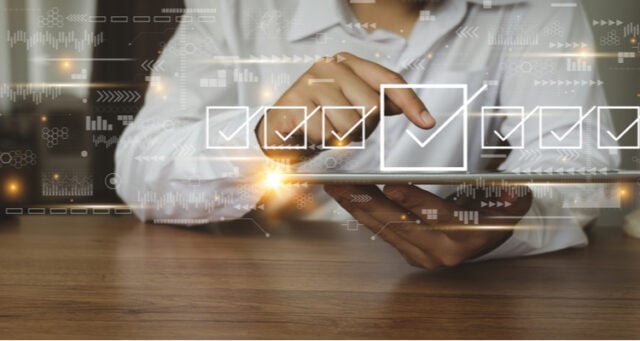 The reporting season is in full swing and Promore Pharma has now joined the companies that have reported on the first quarter of 2022. Published last week, the company’s report focuses primarily on the ongoing phase II study with lead candidate ensereptide. The first part of the year has been characterised by progress of the study, something that CEO Jonas Ekblom told BioStock more about.

Solna-based Promore Pharma is developing two drug candidates for the treatment of wounds, an area where there is currently a lack of drug treatment alternatives for those affected. Ensereptide is primarily aimed at inhibiting various forms of scarring on skin, while ropocamptide is developed for the healing of venous leg ulcers.

During the past quarter, Promore Pharma took a significant step towards one of its main goals for 2022, to conduct a phase II study with ensereptide for the prevention of scars associated with surgery. The first patient was recruited to the study in February, and in March the company announced that it had reached its goal and included 24 healthy volunteers.The study, called PHSU05, evaluates the application process, how well ensereptide is tolerated and to what degree the candidate prevents scarring.

The participants receive the treatment during one appointment and are then followed for circa13 weeks. The evaluation is planned for the autumn and results of the study are expected during the winter of 2022/2023.

With regards to ropocamptide Promore Pharma has continued to develop a new form of administration. The goal is to create a single-component product to simplify the administration. It is also important for the company to evaluate the possibilities of establishing a manufacturing process that is both scalable and solid. The aim is to complete this evaluation in the third quarter of 2022. In addition, the company also plans to start a phase III study with the candidate in Europe.

In the Q1 report, Promore Pharma notes that the interest in bioactive wound care is increasing and that the number of new products developed in the field has grown steadily over the past ten years. On several occasions, the company has been contacted regarding proposals to enter into strategic partnerships and received questions about how to find more applications for the technology. The company notes there is a great interest in the projects, and the ambition is to enter into partnerships to become a leading biotechnology company within bioactive wound care.

Looking at the financial part of the Q1 report, we note that Promore Pharma landed at a net loss of 8.4 MSEK, which can be compared to the result of -7.1 MSEK for the corresponding period last year. At the end of the quarter, the cash position stood at 36.4 MSEK.

BioStock spoke with CEO Jonas Ekblom to get his take on the past quarter.

Costs have risen in Q1 due to the initiated study with ensereptide. Are the costs in line with your plan?

– The costs are fully in line with our operational plan.

What is the status of the phase II study?

– We are in the middle of the clinical part of the study. All patients are recruited, and we expect to reach the last-patient-last-visit milestone around mid-year.

You have started the manufacturing of ropocamptide, what happens if you cannot produce a single component product?

– We have great confidence in being able to create a single-component product. If we do not succeed, then most likely the commercial potential of the product is lower.

In your CEO statement, you mention that you get suggestions for strategic collaborations – what can you tell us about this?

– We work continuously with business development, where we are supported by a network of consultants. In addition, the company regularly participates in business development conferences. So far, we have not reached a deal that we are satisfied with, but we are exploring various opportunities in out-licensing, strategic partnerships and joint ventures. Right now, the competition is significant in the sense that there is  a large number of relatively low valued biotech projects on the “sell side”.