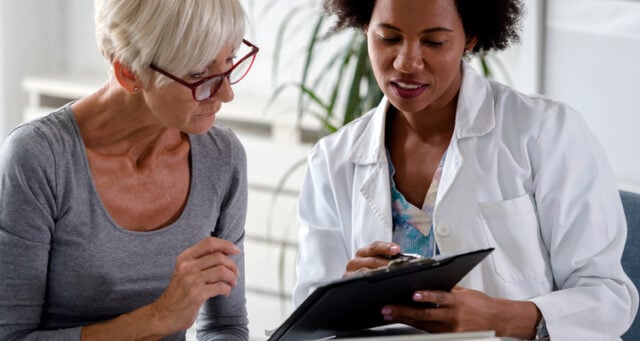 Peptide company Promore Pharma is undeniably in an exciting phase with two drug candidates in the field of wound treatment currently in late clinical development, ensereptide and ropocamptide. BioStock has previously taken a closer look at ensereptide, which is now undergoing a phase IIa study, and today we are placing the spotlight on ropocamptide, which is being prepared for a coming phase III study. We took the opportunity to ask CEO Jonas Ekblom a few questions to find out more.

Promore Pharma’s two candidates are targeting an area where there is currently a lack of prescription drugs – wound treatment. While the leading project ensereptide is being developed to inhibit scarring, the focus of ropocamptide is on chronic leg ulcers.

Ropocamptide is based on an endogenous peptide, LL-37, which plays a significant role in the wound healing process by stimulating cell types that are important in wound closure. LL-37 occurs naturally in acute wounds but is absent in venous leg ulcers (VLU). Data from the the company suggests that if you add ropocamptide to venous leg ulcers, the wound healing process “restarts” as the wound resembles an acute wound and thus you can achieve faster healing.

Today there is a lack of prescription drugs

With ropocamptide, Promore Pharma targets a patient group that currently lacks prescription drugs and the company’s candidate would thus represent something new for both the patient and the healthcare system. Today, venous leg ulcers are treated through compression therapy using compression bandages. The idea is that ropocamptide should be applied in conjunction with changes of wound dressings, which means that there is no need to make any drastic change to today’s care routine.

Ropocamptide is primarily aimed at large venous leg ulcers, i.e. ulcers that are 10 cm2 or larger. These, according to Promore Pharma, make up about 25 per cent of all leg ulcers but account for as much as 75 per cent of healthcare costs within leg ulcers. Large wounds are significantly more expensive to treat as there is a higher risk of complications and they require treatment for a longer period as they take longer to heal.

In terms of number of patients, the company estimates that there are approximately 1 million individuals in the traditional pharmaceutical markets (North America, EU, and Japan) suffering from large venous leg ulcers, which would mean an addressable market of about 3 billion USD. In addition, the market is expected to continue to grow with the ageing population and increased prevalence of diseases such as diabetes and cardiovascular disease.

At present, ropocamptide has undergone two clinical trials and in a phase IIb study, it was shown that larger leg ulcers healed significantly faster in patients receiving ropocamptide than in those receiving placebo. Right now, the company is working on developing a single-component version of ropocamptide for future studies and commercialisation. BioStock spoke to CEO Jonas Ekblom about the potential of ropocamptide.

Jonas, there is currently a lack of prescription drugs for venous leg ulcers. What would such a drug, in the form of ropocamptide, mean for patients and healthcare?

– Venous leg ulcers are caused by an underlying vascular dysfunction in the affected patients. Even if a wound is healed, there is a risk that a new wound will re-appear in the same place or in another place on the lower limbs. The ultimate goal of all wound treatments is to maximise “wound-free” time for the patient. In our latest clinical study, we were able to show that ropocamptide has a tangible effect in accelerating the healing of large venous leg ulcers, i.e. wounds larger than 10 cm2. It is common knowledge that large venous leg ulcers are the ones that take a long time to heal compared with smaller wounds. This means that we see good treatment results in the subgroup of patients with the greatest need for care.

– The treatment of chronic wounds accounts for several per cent of the total healthcare budget of Western countries. Thus, it would be a major saving in healthcare costs if patients can become wound-free. For the patient, this would mean a great improvement in terms of quality of life.

What do the results you have received so far say about the potential of ropocamptide in venous leg ulcers?

– Today’s standard treatment for venous leg ulcers is dressing with compression bandages. In our HEAL LL-37 clinical trial, we had best results in the patient group with large venous leg ulcers. Our study shows that after three months of treatment with ropocamptide, more than three times more patients achieved complete wound healing compared to standard treatment. This should be set against the background that most of the patients included in the study had their wounds for several years.

How would you describe the market potential for ropocamtpide in venous leg ulcers?

– We believe that the market potential would be very large for a drug that can accelerate the healing of large venous leg ulcers. This subgroup of patients accounts for the majority of the cost of care within VLU. According to our estimates, an effective drug could be relevant to an addressable market of USD 3 billion annually.

What does the competitive landscape look like for ropocamptide?

– There are very few development projects for new VLU drugs in the late development phase. The market is so large that there is room for several products. Therefore, at Promore Pharma, we are not at all concerned by the competitive situation.

The wound area is very large and there are many different types of wounds. Do you see other possible wound indications for ropocamptide?

– There are published findings that indicate that the mechanism for ropocamptide is also relevant for the treatment of diabetic foot ulcers, which are another common type of chronic wounds.