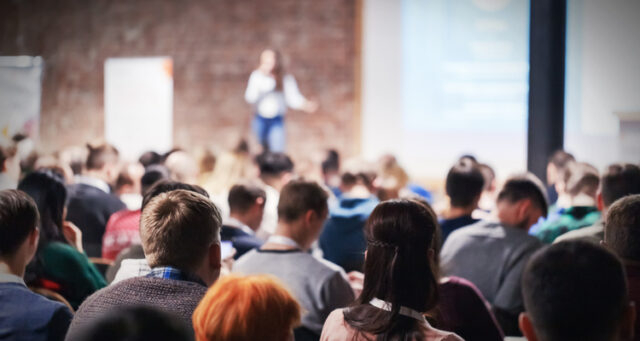 Cereno Scientific has been awarded acceptance of an abstract for an oral presentation at the European Hematology Association 2022 Hybrid Congress. At the conference, Cereno will show promising data pertaining to newly-nominated preclinical candidate CS585 and its ability to prevent thrombosis without increasing the risk of bleeding, a significant unmet need in the current market.

Thrombosis occurs when damage occurs to the wall of a blood vessel; the damage leads to a chain reaction where coagulatory factors aggregate on site to prevent bleeding. In individuals with a tendency for risk of occlusive thrombus formation, this reaction risks cutting off the blood supply to the heart (heart attack) or to the brain (stroke).

Patients who are at risk for blood clots are treated with “blood thinners,” e.g., drugs such as Warfarin, Heparin or NOACs. These drugs, however, could lead to excessive bleeding, which, in itself, is potentially life-threatening. Due to this risk, “blood thinners” are often given in doses that are too low to be effective, or perhaps not given at all. This leaves a substantial unmet medical need to be met with a drug that provides a satisfactory anti-thrombotic effect without an increased risk of bleeding.

Gothenburg-based biotech Cereno Scientific is currently developing drugs with the aim of offering better and safer treatment to patients with cardiovascular disease (CVD). The company is working with novel approaches towards combating CVD manifestations in general. Lead candidate CS1, for example, is a drug based on epigenetic modulation – a way of regulating the expression of certain genes without an actual alteration of the genetic material.

While CS1 progresses in a clinical phase II study within PAH, the company has recently nominated two preclinical candidates to develop and bring into the clinic: CS585 and CS014. Read more.

CS014 is similar to CS1 in that it is an HDAC (histone deacetylase) inhibitor with epigenetic modulation properties. On the other hand, CS585 is a stable, selective, and potent IP (prostacyclin) receptor agonist, and it was nomininated from the preclinical Prostacyclin Analog (PCA) programme. This programme is backed by extensive research performed on a number of potential candidates based on small molecule analogues of the endogenous metabolite 12-HETrE. This metabolite has been shown to inhibit thrombosis through the prostacyclin receptor, thus having the potential to improve mechanisms relevant to selected CVDs.

Promising CS585 preclinical data to be presented at EHA in June

This week, Cereno announced that an abstract on CS585 has been accepted as an oral presentation by the Scientific Program Committee at the European Hematology Association (EHA) 2022 Hybrid Congress. The title of the abstract is, CS585 is a first-in-class compound targeting the IP receptor for prevention of thrombosis without increased risk of bleeding. The acceptance is considered a prestigious opportunity within the scientific community as only a few abstracts get handpicked by a committee of experts in the field.

The conference will take place in Vienna, Austria on June 9–12, 2022, and the presentation will be given by Dr Michael Holinstat, who currently leads Cereno’s preclinical development programs at the University of Michigan. Dr Holinstat is also Director of Translational Research at Cereno.

While still in an early phase of development, the data to be presentated at the congress seem to indicate that CS585 is able to prevent clotting without increasing the risk of bleeding in preclinical models. Thrombosis is an important mechanism for complications in a wide range of CVDs, so, when these results can be replicated in humans, they would represent a significant breakthough in treatment of many CVDs where blood clot (thrombus) formation occurs.

According to Cereno, the global anti-thrombotic drug market is estimated to grow on average 7.5 per cent annually, resulting in a 43.4 billion USD market by 2025. Therefore, the company has the opportunity to tap into a vast market potential if their candidates pull through.

Overall, this abstract acceptance for CS585 represents Cereno’s continued progress with its preclinical programmes, both of which are aimed for a move into clinical phase I by 2023. Moreover, it also indicates that Cereno is starting to engage and be active within the medical community regarding its preclinical assets, which is a key factor for long-term success.