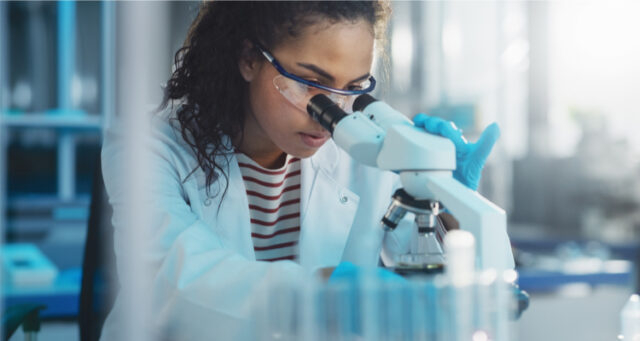 The oncology company Targinta recently presented new preclinical data on TARG10 at the AACR Annual Meeting. The results show that the cell surface marker integrin α10β1 is selectively expressed in aggressive forms of triple-negative breast cancer (TNBC) and that TARG10 inhibits metastasis of TNBC. BioStock contacted Targinta’s CEO Per Norlén to find out more about the preclinical results, and why the spin-out from the parent company Xintela is now being postponed.

Targinta, based in Lund, develops tumour-targeting antibodies and antibody-drug conjugates (ADCs). The antibody candidates are targeting integrin α10β1 which is highly expressed in aggressive cancer cells, but not in normal tissue.

The pipeline includes TARG10, a function-blocking antibody that prevents metastasis, and TARG9, an ADC that is armed with a toxin that kills tumour cells. On April 12, new preclinical data on TARG10 was presented at the American Association for Cancer Research (AACR) Annual Meeting.

The results demonstrate that integrin α10β1 is overexpressed in TNBC and that there is a correlation between expression and the aggressiveness of cancer cells. In addition, the results show that TARG10 reduces the adhesion of cancer cells, i.e., the ability to attach to surrounding tissue, as well as the migration and proliferation of TNBC cells in vitro. According to the company, this effect was associated with almost complete prevention of metastasis in a TNBC tumour model.

Targinta’s CEO Per Norlén comments on the results in an interview with BioStock:

»TARG10 is our function-blocking integrin α10-antibody that entered preclinical development last autumn. We are now able to present data in triple-negative breast cancer (TNBC) demonstrating that the target molecule is more overexpressed in aggressive forms of the disease and that treatment with TARG10 prevents metastasis. This strengthens our case that TARG10 has the potential to become a new treatment alternative for difficult-to-treat breast cancer.«

How will TARG10 complement current treatment options for TNBC?

­– Today’s treatment for TNBC consists mainly of chemotherapy that affects both cancer cells and healthy cells and often causes severe side effects. TARG10 has a selective effect on cancer cells that express integrin α10β1 on their surface and is expected to be able to prevent metastasis without damaging other tissue. It should therefore be possible to combine it with other cancer treatments to add additional effects, without significantly increasing the risk of side effects.

What is the next step in the development of TARG10?

– We will soon begin so-called cell line development, which is the first step in producing TARG10 for future clinical studies. Production is time-critical for the development of antibody-based drugs and takes about 2 years from start to finish. This means that TARG10 could enter clinical studies in cancer patients in 2024.

The spin-out is postponed due to external events

Targinta is today a wholly owned subsidiary of Xintela, but a spin-out has been planned for a long time. The distribution of shares in Targinta to Xintela’s shareholders will be conducted in accordance with the Lex ASEA rules.The spin-out was planned to take place before the annual general meeting on May 6. However, due to the current external circumstances and the volatile financial market, the Board does not find it responsible to execute the dividend and the subsequent listing at the moment.

The spin-out and the associated listing are intended to be carried out as soon as the market allows, says Targinta’s CEO Per Norlén in an interview with BioStock.

»Our plans remain and Targinta is fully prepared for spin-out. What has changed is the external factors, which makes it inappropriate to carry out the spin-out right now. Of course, it is not the spin-out itself that is challenging, but the market for the stock exchange listing that is intended to follow immediately. The market has deteriorated sharply in the wake of the Ukraine conflict. We intend to carry out the spin-out and the subsequent listing on the First North Growth Market as soon as the market allows, hopefully immediately after the summer.«