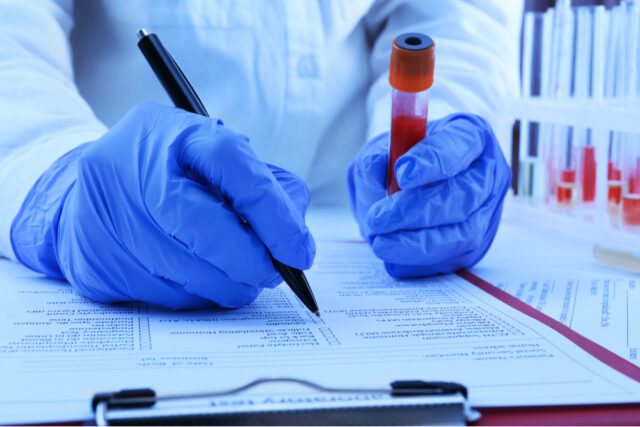 After last year’s out-licensing of Vps34, the focus is now on the next program in Sprint Bioscience’s portfolio. The VADA program has come the furthest and new research findings provide further validation to the target protein VRK1. In addition to a better understanding of the role the protein plays in cancer, the results also point to a broadened commercial potential for VADA. BioStock contacted Sprint Bioscience’s Head of Research Martin Andersson to find out more.

The preclinical specialist Sprint Bioscience develops small molecules for the treatment of various forms of cancer. The projects are taken from idea to the pre-clinical stage, where the goal is to secure licensing agreements with external partners that takes them through the clinical part of the development.

In addition to the three already out-licensed programs, Sprint Bioscience has three internal programs where VADA is the one that has come the furthest. The marketing of the program is in full swing and the company is currently in discussions with several potential partners. The ultimate goal is to develop a drug candidate that targets the protein vaccinia-related kinase 1 (VRK1). The protein is highly expressed in human tissue where active cell division is ongoing, for example in the testes, fetal liver, thymus or in malignant tumours.

Elevated levels of this protein have been associated with poorer survival in several forms of cancer and the idea is to develop a drug that inhibits the protein and thus fights the cancer.

In the past, indications of this effect have been seen in cancers of the liver, kidney and pancreas, among others. New research shows that the protein family may also have a role to play in glioblastoma and neuroblastoma, two serious cancers that occur in different parts of the nervous system and are associated with low survival.

Two independent research groups recently published preliminary results from studies in the two indications. The reports describe a synthetic lethality in tumour cells that have low levels of the VRK1 protein and its cousin VRK2. VRK1 and VRK2 are related to each other, where low levels of the two proteins have been shown to induce cell death.

According to the researchers, this becomes relevant for the treatment of glioblastoma due to the fact that VRK2 has already been affected in two-thirds of glioblastoma cases. Therefore, it is only necessary to make sure that VRK1 is inhibited to achieve the desired cell-killing effect. In an animal model with glioblastoma, the tumours regressed when the VRK1 gene was removed and a similar effect could also be seen in neuroblastoma.

You can find more information about the studies here and here.

The program continues to develop well

The results come at very interesting time point for Sprint Bioscience. As we mentioned earlier, talks about VADA are currently ongoing with several interested parties . According to the company, the program has continued to develop well where, just as in the above-mentioned reports, a clear effect has been seen in the cancer cells’ ability to survive when VRK1 is inhibited. Several biomarkers have also been identified, important components in the programme when it comes to taking the development further.

BioStock spoke to Martin Andersson, Head of Research at Sprint Bioscience, to find out more about the latest results and what they mean for the company.

In addition to your own research, you now get further confirmation of VRK1’s role in cancer. How do you handle the new findings and what place do they take in your development package?

– Our project has a slightly different focus, where we look at other biomarkers that are much more common than low levels of VRK2 and are found in other larger cancer indications. But when new publications appear, we want to confirm them as soon as possible with the inhibitors that we have developed internally.

You are currently in discussions with potential partners regarding VADA. What does this kind of validation mean for these discussions?

– When we were at BioEurope Spring last week, some customers had already seen these new articles, and it strengthens our case that VRK1 is a good target protein and has relevance in various forms of cancer. The fact that the publications come from two independent research groups and describe the same scientific findings also makes the results particularly reliable.

In both studies, glioblastoma and neuroblastoma have been studied and you have previously seen efficacy in other cancer indications. Could VRK1 even be a target protein that is relevant in all types of cancer?

– Since cancer is actually a hundred different diseases, there is probably no magic bullet that cures all cancers, but there is great value in every additional indication that is added to the programs we run.

Are there any further indications worth examining within the VADA programme?

– In addition to the work we have done internally to identify further indications, there is already support in the literature for cancer of the liver, kidney and pancreatic gland and in two forms of childhood cancer: neuroblastoma and Ewing’s sarcoma.

The two research teams have looked at how low levels of both VRK1 and VRK2 create a cell-killing effect. Is there reason to develop a drug that inhibits both target proteins?

– It is possible to imagine doing that, but there is also a risk that the cell-killing effect will occur also in other tissue. In general, the wider the drug is targeted, the bigger the risk of unwanted effects which limits the use. Our strategy from the beginning has been to develop inhibitors that only targets the VRK1 protein.