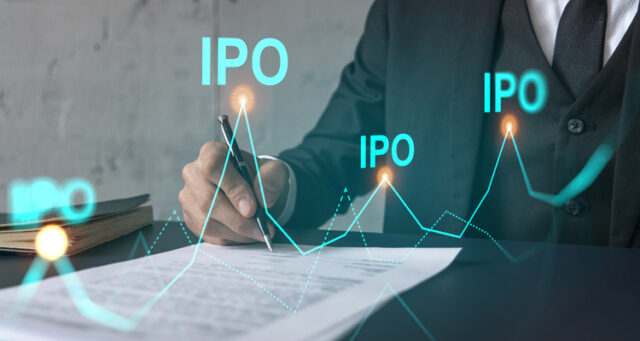 Sensidose is a pharmaceutical company that sells a proprietary, non-invasive and personalized dosing system for Parkinson’s patients, who are towards the later phases of the disease. The company’s medicine and dosing system is currently marketed in Sweden, Norway and Denmark, and Sensidose aims to expand to more geographic markets. Furthermore Sensidose is developing its treatment system with a new dosing device aimed towards patients who are in an earlier stage of the disease. As Sensidose is preparing for an IPO in 2022, BioStock contacted CEO Jack Spira to find out more about the plans for the year and the possibilities of the company’s treatment.

The Swedish pharma company Sensidose has developed a system for individualised and fine-tuned dosing of tablets. The company’s microtablets Flexilev contains a low dose (5 mg) of levodopa, a prescription drug for Parkinson’s disease. Flexilev is dispensed with an electronic tablet dispenser, MyFID, which is programmed to delivera specific dose at a specific time. The advantage of individualised treatment is that the effect of the medication can be optimised for every individual to increase the quality of life for patients and make it easier for relatives and caregivers.

Parkinson’s disease is a neurodegenerative disease caused by the gradual degeneration of the nerve cells that produce the important neurotransmitter dopamine. This causes a dopamine deficiency that gives rise to some typical symptoms, such as impaired mobility, involuntary tremors, and stiffness. At present, no drug cures Parkinson’s, but there are several options that can relieve symptoms and thus improve patients’ well-being.

Sensidose’s drug, the Flexilev microtablet, contains levodopa that is converted into dopamine in the body. Levodopa is the most effective drug against Parkinson’s, however, tolerance for and efficacy of levodopa varies from patient to patient and therefore an individual-based treatment is important. The company’s and independent studies show that the personalised treatment enables an improved function.

Sensidose recently became a public company and now preparatory activities are being carried out to be able to list the company on Spotlight Stock Market in 2022.

To find out more about Sensidose’s plans for the year, BioStock contacted the company’s CEO Jack Spira, MD, PhD. Jack has been employed by Sensidose since 2012 and has worked in the pharmaceutical industry for over 25 years, primarily in Pharmacia, but also in several global pharmaceutical companies.

Jack, could you tell us a little more about your professional background and how you ended up at the helm of Sensidose?

– I am originally a medical doctor, combined with a long background in the Swedish and international pharmaceutical industry. When I first heard about Sensidose, I was attracted by the opportunity to develop a new treatment method for a vulnerable group of patients who generally had difficulties in finding good treatment options. I am very proud that we have now established Sensidose and Flexilev in Scandinavia and look forward to giving more patients access to our treatment method.

»When I first heard about Sensidose, I was attracted by the opportunity to develop a new treatment method for a vulnerable group of patients who generally had difficulties in finding good treatment options.«

What effect does Flexilev (levodopa) have on Parkinson’s disease?

– Levodopa treatment is a substitution treatment, i.e., you replace a substance that the body for some reason can no longer produce itself. In Parkinson’s disease, the body stops producing the substance dopamine. By adding levodopa, which is converted to dopamine in the body, you can replace the lost dopamine and compensate for the loss. Dopamine has many effects and the one that is most common for Parkinson’s disease is its effect on body movements. Dopamine is very important for initiating and ending movements and get smooth, controlled movements.

– In the absence of dopamine, you become stiff, lose facial expressions and have difficulties moving. There are also other so-called non-motor effects as well, such as constipation and effects on blood pressure and mood. At the same time, you can become hypermobile from too much dopamine and therefore the individualised dosage of levodopa is very important.

What are the main benefits of individualised treatment for patients with Parkinson’s?

– Parkinson’s is a chronic disease that patients have for many years and that develops differently from patient to patient. We also see that patients respond differently to pharmaceuticals, especially to levodopa and therefore an individual adjustment of the dosage is needed to create the best possible conditions for patients to alleviate the symptoms of Parkinson’s disease.

How do patients, as well as healthcare professionals, benefit from the features of your MyFID tablet dosing device?

– For patients, it is about achieving the best possible quality of life. We do not cure the disease; we treat its symptoms. Thanks to our individual-based medication given with the dispensing device, patients and their caregivers have an important alternative to standard treatments. Following dosing individualization we often see improvements, naturally to everyone’s delight.

You are also developing a new dosing device, ORAFID, which will enable the treatment of patients with milder disease symptoms. Could you give us an idea of how this dosing device is intended to work?

– ORAFID is a dispensing device intended for patients in earlier stages of Parkinson’s disease. The current dosing device, MyFID, is aimed primarily at patients who are in a relatively late phase of the disease. ORAFID is intended for patients in an earlier phase but where the initial treatment is beginning to fail. This often occurs early in the disease, already after a few years, and is today usually treated with combinations of different types of drugs. For this group of patients, we believe that ORAFID will be a very competitive alternative. You avoid combination of drug, so called multipharmacy. By keeping the number of drugs down, the risk of side effects is reduced without having to give up on the effect. The ORAFID device will allow individual adjustment of doses, like MyFID, but will be smaller, easier to use and  and require no training.

– The patients who are prescribed Flexilev often use the drug for many years. This means that a large part of our revenues is recurring. Unfortunately, the pandemic has had major effects on many chronically ill patients who had limited access to care when the focus was on Corona treatment. Because Flexilev usually replaces another form of treatment, relatively few patients have had the opportunity to try our treatment during the pandemic.

–When the restrictions eased in 2021 and the demand for MyFID/Flexilev increased, we suffered from a lack of electronic components, hence lack of MyFID, and have therefore for a period had a limited opportunity to treat new patients, which is very unfortunate.

– However, we now see that the component shortage is coming to an end, and we hope to be able to offer more patients treatment at the same time as healthcare facilities open up and begin to pay off the debt that they have against Parkinson’s patients.

What are your expansion plans in regards to entering more markets and perhaps also more diseases than Parkinson’s?

– Initially, we want to expand our existing treatment concept to nearby markets with the same subsidy as in Sweden. We are initially aiming at Poland and Finland.

»Initially, we want to expand our existing treatment concept to nearby markets with the same subsidy as in Sweden. We are initially aiming at Poland and Finland.«

– In the next stage, we want to create an opportunity for patients in earlier phases to receive individual-based treatment with Flexilev, and for them, we are developing ORAFID. Here we see a possibility for a rapid international expansion.

– When it comes to other diseases where individual-based treatment would be valuable, we have several ideas, but we will initially focus on improving the everyday lives of patients with Parkinson’s disease.

You are also on the road towards the stock market – what are the benefits of going public for Sensidose?

– With an IPO, we can gain access to capital that enable us to make the investments we have identified and thus we can help more patients. We also see an IPO as an opportunity to create more awareness about Parkinson’s and the treatment options available. Unfortunately, chronically ill patients are an underprioritized group who sometimes have to fight for access to the treatment they are entitled to and need. Furthermore, being listed may help us in attracting new employees and growing the company.

To conclude, what milestones do you aim to achieve in the coming year?

– We have an intense time ahead of us and I would like to highlight a few points: