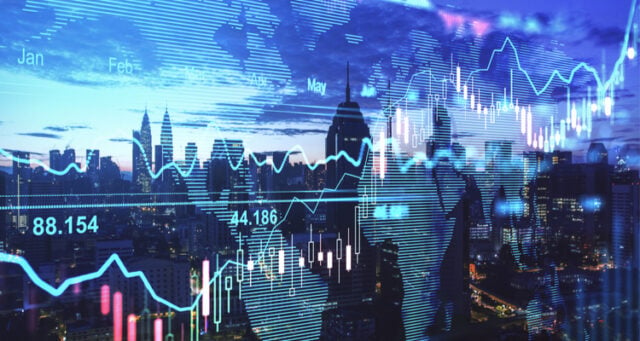 Phase Holographic Imaging recently installed a fluorescence-equipped HoloMonitor system for analysis of laboratory-grown cells at Novo Nordisk. The installation is part of a series of test installations for the upcoming product launch, to allow experienced HoloMonitor customers to provide feedback on functionality and ease of use. BioStock contacted the company’s Chief Technical Officer Jonas Bergkvist, who says that the new fluorescence unit significantly strengthens HoloMonitor’s market and opens new doors and opportunities.

Phase Holographic Imaging (PHI) develops and sells instruments and software for time-lapse cytometry, which is used for cell analysis in basic medical research and drug development.  The company has also developed an add-on flourescence unit that enables medical research laboratories to analyse the genetic activity of individual cells as these multiply in a cell incubator.

Genetic activity is usually studied with fluorescence microscopy, which is based on a fluorescent stain that negatively affects the cells and leads to the release of toxins, so-called phototoxicity.

PHI has solved this problem with its integrated system, which is claimed to offer researchers a toolkit of top cutting-edge technology in studying cell cultures. On the one hand, the technology allows for the continuous tracking of cell movement with HoloMonitor’s holographic examination, which does not damage the cells or require any reagents or stains to make them visible. On the one hand, the new fluorescence module enables the observation of genetic activity in individual cells, within the same instrument.

Recently, PHI installed a fluorescence equipped HoloMonitor system at Novo Nordisk. The installation is part of a series of test installations to allow experienced HoloMonitor customers to provide feedback on functionality and ease of use for the upcoming product launch.

According to PHI, the imaging combination significantly increases the company’s competitiveness by covering a wider range of needs, while at the same time bringing several customer benefits through its cost efficiency, its simple and intuitive handling, and the gentle handling of the cell culture.

The study of cell changes across cell generations when propagated in incubators is a global market worth 5 billion USD and, according to PHI, fluorescence imaging occurs at virtually all cell laboratories, which makes the company see that the entire playing field for PHI has changed by opening a new and significant market for HoloMonitor.

BioStock contacted the company’s Chief Technical Officer, Jonas Bergkvist, to find out more about the enhanced capabilities of the HoloMonitor thanks to the the fluorescence unit, and how the new integrated system opens up completely new markets.

Jonas, what potential is unlocked through the launch of the new fluorescence unit and what does it mean for PHI from a market perspective?

– This is a key launch from two perspectives. First, we are entering a completely new market – incubator-based analysis of the genetic activity of cells – which is as central an area as what HoloMonitor already addresses today. Secondly, we are not just adding another characteristic alongside the former. Through the integration of fluorescence and holography into the same system, we provide customers with an easy-to-understand, affordable and accessible alternative where the different examination methods complement and support each other.

– The result is lower costs and lower learning thresholds for the labs – and, perhaps most importantly – a greatly reduced strain on cell cultures. It should be borne in mind that any decision to make fluorescence imaging, is taken at the cost of damage to the cell culture one wants to study; with our combination imaging, the researchers will have the opportunity to reduce those damages to an absolute minimum, which in turn gives them room to do more comprehensive analyses. This is an important selling point.

But, at the same time, isn’t this a departure from PHI’s previous line? The great advantage that you usually emphasise with your holographic method has been that it does not need any cell-damaging stains or reagents. How does this work with adding a fluorescence device?

– You would think so, but by adding the possibility of using fluorescence only in those moments where fluorescence is a must, we reduce the labs’ net load on their cell cultures.

– For the large number of imaging procedures, of morphology, cell movement, and so on, it is the non-invasive and completely harmless holographic technique that applies – and the fluorescence unit is used for the occasional depiction of genetic changes. There will be fewer fluorescence images in total through a balanced and precise use of fluorescence only when it is needed. Some things, like protein expression over time, are beyond what holographic methods can visualise, but with such a selective fluorescence imaging, you get the best from both worlds. Since the fluorescence imaging frequency and time-lapse imaging frequency can be set completely independently of each other, you have full control over the entire process.

– Basically, it’s about pushing the boundaries of how far you can go with non-invasive imaging of living cell cultures and give customers the most advanced cell analysis tool possible. This is also something that is in great demand from customers, we respond to a direct and tangible need.

When do you need this functionality? Are there any applications or possible customers that you find particularly interesting to reach out to?

– The fluorescence unit opens completely new areas of application, such as co-cultivation of cells and studies of cell death and cytotoxicity. We see that it should be of particular interest to researchers in cancer research, stem cells, neuroscience, drug discovery, immunology and not least as a reference method in regenerative medicine – i.e., in a wide range of interesting and dynamic areas. In short, we open the door to completely new research fields and strengthen our offering towards preclinical research in particular. Clearly, our potential target market is widening significantly.

It sounds like you are turning to a broad market with the FL module. What about existing customers – can they upgrade their HoloMonitor´s to access the new capability, and are there reasons to do so?

– We have developed the new fluorescence unit as an additional module precisely to make it accessible and affordable for all laboratories. Traditional fluorescence microscopy is a complex and expensive technique that requires special training, and not all applications can justify it. For us, however, it has always been a guiding principle to develop technology that can be used as widely as possible. It should be easy to install in a completely digital process, easy to learn and easy to maintain. Of course, it’s completely backward compatible with the existing HoloMonitor system, so – it´s no problem to upgrade.

– The fluorescence unit is small enough to be used directly in the incubator for long-term real-time analyses. The associated software is developed with the biologist’s needs and perspective in focus, and it´s intuitive, user-friendly and easy to get started with – anyone should learn how to handle it in a day. The interface also offers an automatic and exhaustive visualisation of the analytical results of both the culture as a whole and individual cells.

Finally, when do you expect it to be available?

– Currently, an evaluation program is underway where the product is tested in laboratories at selected customers, in parallel with the final refinement of manuals, usage protocols and experimental databases. When it’s time for a broader market launch, existing customers will get priority with an offer to upgrade.