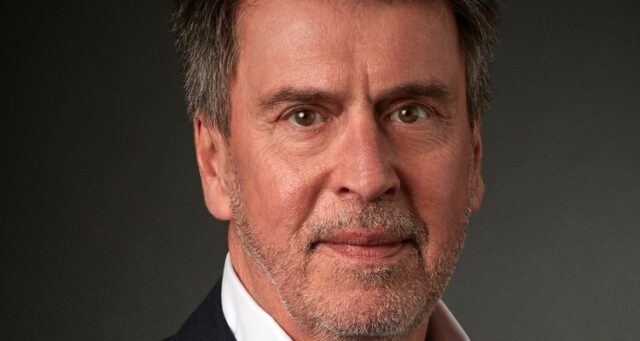 With positive phase II data in castration-resistant prostate cancer and upcoming studies in multiple myeloma, DexTech is now taking further steps to accelerate development. Joining the company as the new Chairman of the Board, Andreas Segerros is tasked with building a team to fully leverage the platform technology. BioStock spoke to Segerros to find out more about his background and his view of the mission at DexTech.

Uppsala-based DexTech has developed the CDC platform GuaDex, where the carbohydrate molecule dextran is combined with other active substances in order to develop treatments for various forms of cancer. In the main project, the clinical stage candidate OsteoDex is developed for the treatment of castration-resistant prostate cancer (mCRPC), and has shown clear indications of being able to slow down tumour growth.

DexTech is also investigating OsteoDex’s potential in multiple myeloma – an important step in realising the value that the company believes are embedded in the technology.

However, the company’s ambition goes beyond that, which is why Andreas Segerros is now being brought in as the new Chairman of the Board. Segerro’s mission is to build a team that can further leverage the GuaDex platform and build on the research that has taken the company to where it is today.

»DexTech is a biothech company that has gone a little under the radar on the stock exchange, but for the wrong reasons. It has come a long way in clinical development and has a platform at its core. The founders are prominent in their respective fields and work actively in the company. At the same time, it is backed by a strong owner and is financed for the coming three years. What we need to do now is turn up the volume a bit and build a DexTech that is really appealing to an investor.« — Andreas Segerros, incoming Chairman of the Board DexTech.

In Segerros, DexTech brings on board a global player with extensive experience from the pharmaceutical industry in Europe, the US, and Japan. Having started his career at Pharmacia, much of Segerros’ focus has been on portfolio development and M&A, including at Swiss Ferring Pharmaceuticals where he was responsible for business development and planning.

Over the years, Segerros has been involved in several large transactions and in his role at the Danish venture capital company Sunstone Life Science Ventures managed a portfolio of up to 1.5 billion EUR, and subsequently co-founder of Eir Ventures.

In parallel with this, Segerros as chairman of Oncorena was involved in raising a total of 160 MSEK last winter, in an otherwise rather chilly climate for raising capital. Oncorena is a – like DexTech – development company that has come a long way in its development with small funds. This winter’s injection meant that the company now, backed by three reputable funds, can shift to a higher gear in its development.

After the success with Oncorena Segerros soon received a request from an old mentor from the Pharmacia era, namely former Pharmacia CEO Håkan Åström, who today is DexTech’s advisor.

»He called me up and said I had done well with Oncorena and wondered if I was interested in helping DexTech appoint a new board and management. When Håkan contacts you in this way, you know that the project is validated and good, so of course I said yes. Anders R Holmberg has the chemistry knowledge and is the inventor of the company’s dextran technology. Sten Nilsson is an authority in prostate cancer, with knowledge that is globally recognised. With what they’ve accomplished, it’s easy to take the next step and “turn up the volume.«

Segerros will be officially proposed as the new chairman at an extraordinary general meeting in May, and the work to find the right team to further build on the development of DexTech has already begun. In addition to an extensive network of contacts, Segerros will also assist the company through his background in M&A, with experience from having sat on the other side of the table on several occasions. This is particularly relevant for DexTech, which has assets that are in advanced stages of development.

»I’ve been on the other side of the table both financing and buying projects. It’s like in rally, I’ve been a co-driver so I know how to push the driver. I have also been around a lot and the network of contacts means that I have access to many senior people in the industry, which will be important for the company. I have access to the “Håkan Åströms of the world.«

Aims to give DexTech additional muscle

By all accounts, Segerros’ entry will lead to the creation of a partly new DexTech, with the muscle to make reality out of the potential embedded in the technology. With proof-of-concept in castration-resistant prostate cancer and impending studies in multiple myeloma the company is in a good position, but the ambition to unlock the value of the GuaDex platform is set higher than that.

»DexTech is targeting a very important part within oncology, namely cancer that has spread to the bones. Even if they already have good results in prostate cancer, I think they are absolutely right in also pursuing the possibilities in myeloma and validate the concept early. You never know where you will hit the right spot, so it’s incredibly important to spread your possibilities.«

While the company makes new investments, there is a tense expectation on the stock market that the potential will be translated into some kind of agreement. Although that is of course the end goal, Segerros does not seem to be in a hurry to sit down at the negotiating table. The emphasis seems to be on making the right deal rather than making a quick one.

»It is important to build a good relationship with potential buyers or partners and update them on where we are so that they become curious. You can’t drag the horse to the water hole, they have to come by themselves. I’m an old M&A guy myself and want to create an open atmosphere for those who knock on our door.«