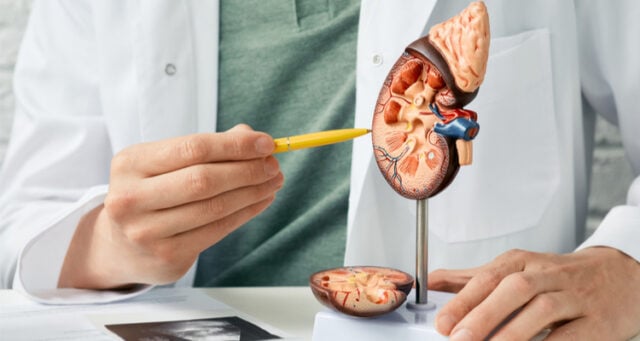 The preclinical development work is progressing for Idogen’s cell therapy IDO T, which is intended to prevent organ rejection in transplantations, primarily kidney transplantations with a living donor. BioStock contacted Bo-Göran Ericzon, professor of Transplant Surgery at Karolinska Institutet, to clarify the value of innovative treatments in the field of transplantation.

In the 1980s, the first so-called calcineurin inhibitor, ciclosporin, was launched on the market, which was later followed by tacrolimus in the 1990s. The introduction of these immunosuppressive drugs, that inhibit the activity of T cells, led to significantly fewer organ rejections and better transplant results.

Today, few acute organ rejections occur in the early phase and in the first year, largely due to significant advances in the field of transplantation and immunosuppressive treatment. However, the long-term survival of the transplant has not improved much during these years. One of the reasons is that the immunosuppressive drugs effectively inhibit the immune system’s activity, giving rise to an increased risk of infections, cardiovascular diseases and cancer that can have a negative impact on the survival of the transplanted patient in the long term.

IDO T may reduce the need for immunosuppressive therapy

A possible solution to the problem of organ rejection and unwanted side effects from immunosuppressive drugs would be to induce tolerance in the recipient of the donated organ in connection with the transplant. This could allow a lowering of the dose of immunosuppressive drugs after the initial treatment, without the organ being attacked by the immune system.

BioStock contacted Bo-Göran to hear his thoughts on Idogen’s drug development, as well as the need for new treatments in the field of transplantation.

Could you start by briefly telling us what organ rejection is and what symptoms the patient exhibits when this occurs?

– When an organ is transplanted from a donor to a recipient, the recipient’s immune system will react because the body does not recognise the foreign organ. An inflammation occurs which counteracts the donated organ – the function of the organ is impaired and the organ is at risk of being rejected.

– The symptoms that the patient exhibits depend on which organ has been transplanted, but overall, you see a deterioration in the patient’s general condition and function of the organ. Common symptoms include fever as well as swelling and tenderness around the transplant. For example, if it is a kidney transplant, urine production may decrease and the creatinine level in the blood may rise.

How common is it that the donated organ is rejected and how do you treat patients to counteract this?

– Chronic organ rejection slowly impairs the function of the organ over a very long time, up to many years. To get the immune system to accept the transplanted organ, patients are currently treated with lifelong immunosuppressive medication that is associated with several side effects.

»Chronic organ rejection slowly impairs the function of the organ over a very long time, up to many years.«

How do you treat patients who are transplanted to prevent organ rejection?

– Today, there are a number of different drugs that are given in a combination to prevent organ rejection. You usually start by giving 2-3 different drugs, and then remove some of them over time. However, patients will always need to have some type of medication, usually one of the calcineurin inhibitors tacrolimus or ciclosporin for lifelong immunosuppressive treatment to prevent organ rejection.

When ciclosporin and tacrolimus weres introduced in the 1980s and 1990s, there was a clear improvement in transplant outcomes. What are the benefits and shortcomings of this type of immunosuppressive drug?

– These two drugs revolutionised the treatment of transplanted patients. They enabled more patients to be transplanted and also with significantly better results. The tissue similarity between donor and recipient no longer became as important.

– The main disadvantage of ciclosporin and tacrolimus is that they are given as a lifelong treatment. When you take a drug for so many years, even several decades, the side effects become particularly noticeable. One of the most problematic side effects is the negative impact on kidney function, i.e. nephrotoxicity. This is particularly problematic if the patient has gone through a kidney transplant, the most common organ transplant today.

– Immunosuppressive drugs also give rise to an increased risk of infection, especially at the beginning of medication, as well as an increased risk of cardiovascular disease and cancer in the long-term. These types of side effects occur because of the treatment’s suppression of the entire immune system, and not just specifically the immune cells’ reaction to the donor’s tissue antigen.

What medical advances have been made in the field in recent years?

– Relatively little progress has been made in this area since the calcineurin inhibitors came in the 1980s and 1990s. Some examples of other drugs used today are mycophenol acid, everolimus and belatacept as well as some antibodies to lymphocytes. However, ciclosporin and tacrolimus still form the basis of treatment.

Given what you have told us so far, it seems that there is a need for new treatments to further improve transplant survival. Could you tell us a bit more about this?

– Above all, the side effects need to be fewer and milder. There is a need for new treatments with the same or better effect as today’s medication, but without the degree of side effects that they cause.

»There is a need for new treatments with the same or better effect as today’s medication, but without the degree of side effects that they cause.«

– At the same time, transplant survival does not reach optimal levels today either. A kidney transplant patient may need to return to dialysis or get a new kidney after 20 years. Also from this perspective, it would be desirable to have better treatment options.

There are several new treatment methods in development, such as Idogen’s cell therapy which aims to create tolerance for the donated organ instead of inhibiting the immune system. From your perspective, what benefits could such a treatment bring?

– It would be very beneficial if such cell therapy could teach the recipient’s immune cells to accept the organ, without affecting the immune system in general. I see great benefits in getting away from pharmacological immunosuppression, i.e., the drugs that broadly inhibit the immune system.

– In general, it is about utilising the cells’ own knowledge and understanding of how to manage and protect the body’s organs.

You are part of Idogen’s Scientific Advisory Board. What was it about the IDO T project that attracted your interest?

– What interested me was the concept of using the recipient’s cells and teaching them to protect the transplanted organ, thus avoiding lifelong immunosuppression that weakens the patient’s immune system. It would be very beneficial to be able to de-escalate to perhaps one or two years of treatment with immunosuppressive drugs given their side effects.

»What interested me was the concept of using the recipient’s cells and teaching them to protect the transplanted organ, thus avoiding lifelong immunosuppression that weakens the patient’s immune system.«

– In addition, Idogen’s IDO T project is similar to the track we are on in our research at Karolinska Institutet, within liver transplantations. When working to teach the body’s immune cells not to react to the donor-specific cells, it is important to keep the rest of the immune system intact, so that it can protect against, for example, infections and cancer. You can think of several different methods for this and today we do not know if we will succeed, the medical profession needs to test several different solutions.

What is your role in the IDO T project?

– I will contribute with my knowledge and expertise, particularly when Idogen will test IDO T in “real life” in clinical trials in humans.

What is your vision for future treatment for patients undergoing organ transplantation?

– An ideal situation would be if we could use the recipient’s cells, together with the transplanted organ, to create a condition where the patient only needs to be treated with immunosuppressive drugs during a transitional phase. Completely getting rid of the immunosuppressive medication can be difficult, but it would be a fantastic step forward if we could at least scale back the use and eliminate them in the long term, given their side effects.