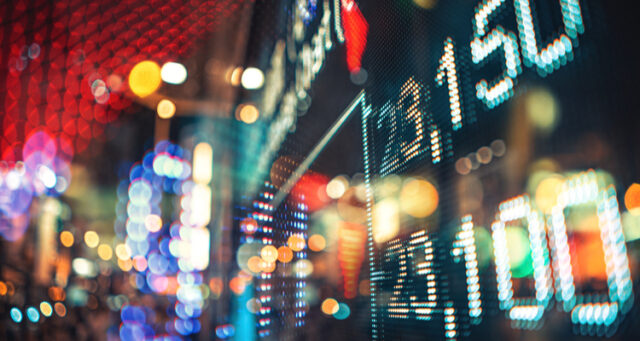 The stock market turbulence of recent months has also left its mark on the biotechnology sector, and one of many companies affected is DexTech, whose shares are down 40 per cent since the turn of the year. However, the stock has lost value ever since the phase IIb results in 2018 and the 2-year follow-up in 2020, while the company has continued to pursue partnerships and broaden its pipeline. In this article, BioStock takes a closer look at how the market values the potential that the company believes lies in the research.

The foundation of Uppsala-based DexTech’s work is the CDC platform GuaDex, which can be likened to a molecular box of lego. The main component of the kit is the carbohydrate molecule dextran, which can be combined with other active substances to develop drugs aimed at the treatment of cancer.

The company’s main project, OsteoDex, focuses on castration-resistant prostate cancer (mCRPC), an advanced form of prostate cancer in which metastases have taken hold in the skeleton. The goal of the treatment is to prevent the vicious circle that occurs when the cancer interacts with the bone cells and grows strong, whilst the skeleton breaks down.

In 2018, the company was able to present positive efficacy data from a phase IIb study; data that was then confirmed in a two-year follow-up in 2020. At follow-up, the majority of patients who responded to the OsteoDex treatment were still alive, a positive outcome in patients with advanced cancer.

The data read-out had a major impact on the share price, which in 2018 reached SEK 129. The positive notes reflected the market’s hopes that the study results would lead to a value-adding license agreement for the company relatively soon.

However, since then, DexTech’s CEO Anders R Holmberg has been careful to remind the market that such an agreement process can take time, and that it is more important for the company to get the right agreement than for it to happen quickly.

But the market is, as we know, impatient and the company’s share price has seen a downward trend since the beginning of 2019, and with the recent stock market turmoil, DexTech’s price decline has been accentuated. The market cap currently amounts to approximately 130 million SEK, which can be compared to the peak in 2018 when the market cap was 1.9 billion SEK.

From an investment perspective, it may be interesting to compare the company’s market cap with other players in the field of oncology drug development. It may be difficult to make direct comparisons between biotechnology companies, as there are many aspects to take into account, but it still gives an indication of how the market values this type of project in the current climate.

A reasonably close example is RhoVac, which also has a candidate aimed at prostate cancer and has a market cap of just over 600 million SEK. Another example is Spectracure, a prostate cancer-oriented company that, like RhoVac, is currently conducting a phase II study and is valued at approximately SEK 740 million.

Furthermore, by looking at completed deals in the sector, it can be concluded that there is a willingness-to-pay among the larger players when it comes to adding the right prostate cancer projects to the portfolio. An example of this is Bayer‘s purchase of Norwegian Algeta for 2.9 billion USD in 2013, which gave them access to the prostate cancer drug Xofigo. This deal is interesting from DexTech’s perspective. Professor Sten Nilsson, co-founder of DexTech, was involved in designing and conducting the clinical studies with Xofigo, which also has a similar mechanism of action as OsteoDex.

In addition to the results in mCRPC, DexTech has chosen to investigate OsteoDex’s potential in multiple myeloma, which would open the door to another large market and add a new project to the company’s pipeline. Here, too, the willingness of major players to pay is great. An example of this came last year when French Sanofi signed a licensing agreement with US-based Eureka Therapeutics worth about 1 billion USD.

In Sweden, DexTech has several listed industry colleagues with treatments within multiple myelom. The perhaps most prominent example is Oncopeptides, whose candidate Pepaxto was developed to target patients with relapsed or refractory multiple myeloma. However, for Oncopeptides it all come to a halt last year in phase III, which forced a major repositioning. The company is now winding down most of its commercial operations and returning to being a research company, with a focus on developing new drug candidates based on its PDC platform.

Despite the setback, Oncopeptides currently has a market cap above 700 million SEK and it is worth mentioning that at its height the company was valued at almost 15 billion SEK.

As mentioned earlier, it is difficult to directly compare biotech companies, as they differ in parameters such as portfolio width, intended target market, development steps, treatment concepts and more.  At the same time, other companies’ stock market values can be seen as benchmarks. After all, how other players are valued is an sign of the market’s expectations of an approved candidate in the company’s indication areas. Previous deals within the same treatment space also testify to possible taker’s interest in the segment, which in turn affects possible contract values going forward.

Agreement should reflect the full potential of OsteoDex

In the positive column for DexTech is, as we have previously mentioned, that the company has achieved positive phase IIb results. Now they are also working on further strengthening the value of the portfolio through the myeloma initiative and will soon conduct a clinical proof-of-concept study in about 20 patients. The results from the iniative within myeloma will be visible early on and continuously as the study is unblinded.  The company will communicate interim results on an ongoing basis during the planned myeloma study.

The fact that a potential agreement now seems to be delayed further may certainly be in some investors’ negative column, espeically of those who have been waiting for a deal since 2018. From the company’s side, however, the message is clear: it will not enter into a license agreement that does not reflect the potential that the company sees for OsteoDex in both mCRPC and multiple myeloma.

For those who are prepared to wait, DexTech offers a prostate cancer project with positive phase IIb data and an investment in multiple myeloma at a package price of 130 million SEK (at the time of writing). Whether or not the valuation of DexTech is high or low, the future will tell, but what we can conclude is that elsewhere there are similar projects that the market is currently paying significantly more for.