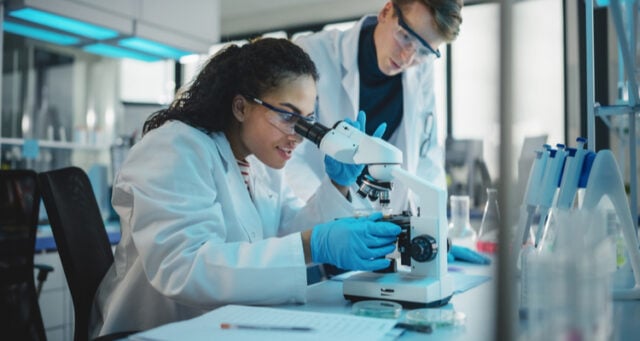 Between April 8 to 13, the annual meeting of the American Association for Cancer Research takes place. One of the participants is Swedish pharmaceutical company BioInvent, which will present several new data regarding the drug candidates BI-1607, BI-1808 and BT-001. The latter two are currently undergoing phase I/II studies evaluating safety and early indications of efficacy. The plan is to enroll the first patient in the clinical study with BI-1607 during the second quarter of this year.

BioInvent develops immunomodulatory antibodies for the treatment of cancer. The company’s pipeline currently consists of five development projects, of which the most advanced, BI-1206, is being evaluated as a combination treatment in two phase I/IIa studies, for non-Hodgkin’s lymphoma (NHL) and for the treatment of solid tumours.

However, when the company attends the annual meeting of the world’s largest and oldest professional cancer organisation, the American Association for Cancer Research (AACR) in April, the focus is on other parts of the development portfolio. The company will present new data regarding the anti-FcyRIIB antibody BI-1607, which indicates that the candidate may play an important role in the treatment of breast cancer. Similar to BI-1206, BI-1607 is designed to improve the efficacy of and prevent resistance to existing cancer treatments.

According to the company, new preclinical proof-of-concept data indicate that the candidate may increase the efficacy of anti-HER2 therapies such as Roche’s Herceptin (trastuzumab), that reached 6 billion USD in 2019 in sales. The company’s data also indicate that it may increase response rates in patients who no longer respond to these types of treatments. To get more answers regarding the candidate’s safety and efficacy, a phase I/IIa study will be initiated during the second quarter of 2022.

BioInvent’s Chief Scientific Officer Björn Frendéus had this to say on the results:

“The data on BI-1607 reinforces BioInvent’s evidence base that blocking the Fcy receptor is a key strategy in controlling outcomes in cancer. We see it in our two clinical trials of BI-1206, and now we see it again with BI-1607 for a completely different cancer target.”

During the annual meeting, BioInvent will also present the antibody BI-1808, which is directed against tumour necrosis factor receptor-2 (TNFR2). The candidate is  evaluated in a phase I/II study both as monotherapy and in combination with Merck’s best-selling anti-PD-1 checkpoint inhibitor Keytruda (pembrolizumab) with focus on ovarian cancer, non-small cell lung cancer and cutaneous T-cell lymphoma (CTCL).

The company notes that the candidate’s safety profile appears to be good, according to the study data generated so far. Results from in vivo studies will also be presented, which according to the company, show a clear relationship between dose, binding to receptor and effect. First phase I data from the ongoing BI-1808 study is expected around mid-year.

“The exciting translational data that will be presented on BI-1808 clearly show why we are so enthusiastic about our ongoing clinical studies in solid tumors. It is highly encouraging that we see similar biomarker correlations in patient samples as we observe in the preclinical setting” – Martin Welschof, CEO BioInvent, states in a press release

At the annual meeting, the oncolytic virus BT-001, which is being developed together with partner Transgene, will also be presented. BT-001 is administered directly into the tumour and delivers an anti-CTLA-4 antibody locally, which the companies hope will lead to a greater therapeutic benefit than anti-CTLA-4 antibodies that are administered systemically, that is, spread throughout the body.

Preclinical data support the thesis of the two companies and show that administration directly into the tumour can lead to a better safety profile. There have also been signs that the approach can lead to better efficacy, especially in so-called cold tumours that systemically administered checkpoint inhibitors have difficulty eliminating. The results also indicate that BT-001 may play a role in combination with PD-1 checkpoint inhibitors.

This is also exactly what BioInvent aims to get further evidence for in the phase I/IIa study that the company is currently recruiting patients for. First, BT-001 will be evaluated as a mono therapy in solid tumours, and then as a combination treatment together with Keytruda. The companies plan to provide an update on the first part of the study during the first half of 2022.