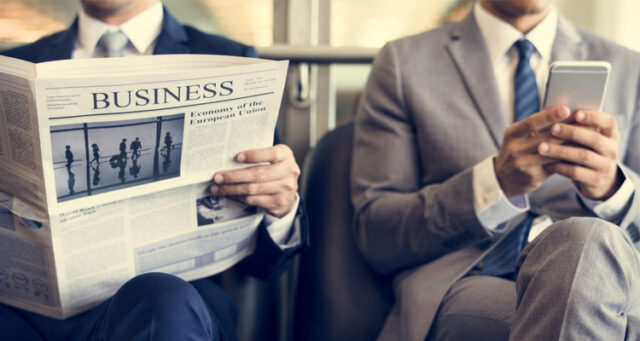 Aptahem has communicated several positive news lately. Recently, the company received patent protection in Japan for patent family 2 regarding the drug candidate Apta-1. Encouraging data from research on treatment with Apta-1 in a coronavirus-induced lung injury model was also published, followed by the news that the GMP production of Apta-1 has been completed. BioStock contacted CEO Mikael Lindstam for a comment.

Aptahem’s primary drug candidate Apta-1 is being developed with the aim of delivering an emergency medicine to prevent the appearance of organ and tissue damage in patients affected by sepsis, but it also has potential in other critical inflammatory conditions.

Preparations are now underway to enable the start of the clinical phase I study this year. The final pieces of the puzzle are currently being put into the preclinical program for Apta-1. In the autumn of 2021, GMP production of Apta-1 was initiated at LGC Biotechnologies – a partner to Aptahem – in the US, and, on March 7, it became clear that LGC had successfully completed the Good Manufacturing Practice (GMP) production of Apta-1, which will be used in the upcoming clinical studies.

According to Aptahem, LGC has improved the process parameters, resulting in twenty per cent more manufactured Apta-1 based on the same amount of raw material as previous manufacturing. As a result, Aptahem has once again acquired a more efficient cost profile, which they consider to be an important part of creating an attractive partnering arrangement. This GMP batch will now be formulated, prepared and packaged by Recipharm.

Another piece of the preclinical puzzle was already laid in early 2022 when Aptahem, headed by CEO Mikael Lindstam, signed an agreement to start activities with the clinical contract research organization The Centre for Human Drug Research (CHDR) in the Netherlands. In addition to this, work is also underway to further deepen the understanding of Apta-1’s multifactorial properties and how these can be used in the best way.

As early as October 2021, Aptahem announced that research, conducted on behalf of the company, at the Toronto General Hospital Research Institute generated encouraging data. The biological effects include, according to the company, strong evidence that Apta-1 supports and maintains systemic circulation, a very important part of protecting the organism in, for example, sepsis.

The team in Canada now has findings showing that Apta-1 “tentatively protects and restores lung tissue, significantly reduces the proportion of viruses and haemolysis and improves the clinical markers of the liver and kidneys.” Like the above-mentioned results, the new data in several areas confirms Aptahem’s own results from other study models.

In parallel with exploring Apta-1’s properties, Aptahem continuously lays the external framework that will protect the innovation Apta-1, namely the patents. In order to obtain robust commercial protection for the candidate, Aptahem has an intellectual property portfolio consisting of two patent families. Patent Family 1 is valid in eleven countries until 2029: France, India, Italy, Canada, China, Switzerland, Spain, The United Kingdom, Sweden, Germany and, last but not least, the United States.

BioStock reached out to Aptahem’s CEO Mikael Lindstam to find out more about the new patent protection in Japan and what the latest advances mean.

Mikael, how do view the patents as a basis for negotiations with a potential counterparty to take Apta-1 all the way through the clinical phases to market?

– Patent protection is a must in our industry, no one wants to invest in a technology that does not have exclusivity, which Aptahem has through its two patent families. We are also not dependent on someone else’s protection or cross-licensing that is quite common in the pharmaceutical industry, but we own all the rights. The patents are valuable documents and the foundation on which the company is based, in addition to the unique results we have obtained. So, if it adds value to the company, we always strive to protect our results and discoveries. An added or extended patent protection can be very worthwhile for those who hold the exclusivity to use the technology and thus can get a better refund on their investment, this weighs very heavily in a partnering discussion.

How important is an approved patent in Japan, if you consider the frequent presence of domestic and multinational pharmaceutical companies in this market?

If we turn our attention to the encouraging results from Toronto, what do these mean for your business case with Apta-1?

– Above all, they support the results we have from other studies as the unique characteristics also appear in the models we investigated in Toronto. It tentatively shows a breadth and fundamental protection against life-threatening inflammatory diseases, whether it is viruses, bacteria or bacterial toxin that caused an infection. The results and significant effects show that we potentially manage to maintain a functioning organism in several vital areas. With Toronto, we have also studied a single organ, the lungs, through a virus-stimulated ARDS (Acute Lung Distress Syndrome) study model instead of the systemically driven inflammation models we have run before. In these viral times, it is an uplifting result that triggers us further to investigate Apta-1’s unique properties.

You have now completed the production of the GMP batch, can you develop the significance of this?

– LGC has improved the process parameters for GMP production, and the amount of Apta-1 produced exceeded the targets by 20 per cent. We are very pleased with this as it is a new group of structures and chemistry, which in itself has its process challenges. Aptahem is definitely a company that is at the forefront of this type of manufacturing and upscaling. The cost profile has improved and thus we have once again lifted ourselves on this one of the more important pieces for an attractive partner arrangement.

Finally, once you get started with the phase-1 study, what is your hope for the results and what can it mean for Aptahem?

– We are now working hard to complete the clinic package with the goal of initiating a phase I tolerability and safety study on healthy volunteers later this year including a Proof-of- Concept (PoC) study in healthy volunteers; a well-established and safe so-called provocation study where the body is stimulated by a bacterial toxin, the same type of toxin that we have used in our other studies. We hope to see good effects on a number of interesting clinical markers. This type of provocation study is well known for the CRO we intend to contract and with whom we now have a start-up agreement as they have extensive experience of that model. The possible advantage of this study is partly to create early evidence of Apta-1’s effects and strengthen our partnering potential, and partly to give us an indication of how we will set up the subsequent phase II studies. We see this as a good way to derisk upcoming phase II studies. In general, we work to move as efficiently, quickly and convincingly as possible towards a partnership and the market.