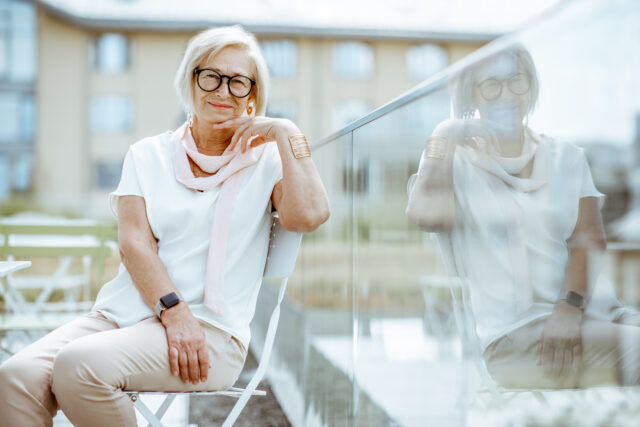 First North-listed Spago Nanomedical has started the year with positive news from both the SpagoPix and the Tumorad projects. The company’s financial status was recently reported when publishing the interim results for the fourth quarter of 2021. BioStock contacted CEO Mats Hansen for a comment and a forward view.

The nanomedicine company Spago Nanomedical is developing SpagoPix, a new contrast agent for cancer diagnosis with magnetic resonance imaging (MRI), and a new radionuclide treatment for cancer with Tumorad. Both projects are based on a patented technology platform with functional nanoparticles that accumulate in tumour tissue.

The company recently published the interim report for the last quarter of 2021 and commented on the latest events. The loss in the fourth quarter amounted to 13.1 MSEK compared to 7.1 MSEK during the same period in 2020.

Operating cash flow was reported at -12.1 MSEK million in the fourth quarter compared to -5.1 MSEK in the same period last year. The cash balance at the balance sheet date amounted to 52.5 MSEK compared to SEK 28.5 million the year before.

The increased negative cash flow reflects higher activity in the company, mainly driven by preparations with Tumorad for the clinical phase.

In December, the second dose group in the phase I study SPAGOPIX-01 with the product candidate SN132D, was fully recruited and during the beginning of 2022, positive interim results from the study were announced. In addition to good contrast in solid breast cancer tumours, good contrast was also observed in the imaging of the liver and pancreas. Based on these results, the company is therefore expanding the study to include these areas as well. Read more.

The promising results in the SpagoPix project validate the technology and support also the development of Tumorad and the company’s radionuclide therapy.

During the fourth quarter, Spago Nanomedical completed the regulatory preclinical program with the candidate 177Lu-SN201. The studies showed that the candidate was safe by a good margin for the clinically relevant doses in the upcoming clinical breast cancer study. Preparations are underway to initiate a phase I/II study with 177Lu-SN201 in 2022.

In January, Spago also announced preclinical data indicating efficacy in a model for colorectal cancer, which could mean an expanded treatment area for the drug candidate. Read more.

The CEO looks ahead

BioStock contacted CEO Mats Hansen for a comment on the report and what to expect in the near future.

Mats, the figures from the report tell us that activity has increased in the company, what is driving the costs right now?

– It is mainly the progress of the Tumorad project that is showing. In 2021, we have been able to successfully conduct both clinic-preparatory preclinical studies and tech transfer of the production process, and the increased costs are a sign of these activities.

At year end, the cash balance was reported at approximately 52 MSEK – what is the financing plan for 2022?

– We had total costs of approximately 46 MSEK for the full year in 2021, and the plan, as previously communicated, remains firm to complete the ongoing clinical trial SPAGOPIX-01 within the current budget and make Tumorad fully ready for in-human testing. After that, we will need funding, primarily for the implementation of the planned phase I/II study within Tumorad.

The interim results in your clinical study SPAGOPIX-01 look promising, how will you proceed in the study?

– The results so far are very positive. SN132D exhibits clinically relevant contrast in breast tumours while maintaining safety in interim analyses. The study continues to build a basis for the next stage of development, not least by including patients with pancreatic cancer, which is suspected to have spread to the liver. This can provide a valuable indication of the breadth of usability with SN132D.

You also presented new preclinical data in Tumorad, what role do these findings play in the upcoming clinical study?

– Studies of therapeutic efficacy in preclinical cancer models are important for pinpointing the drug’s potential in humans. We were able to show significant prolonged survival in a model for colorectal cancer, an indication with a high clinical need that, through its clinically documented EPR effect, may be well suited for treatment with 177Lu-SN201.

– Naturally, the positive results give us increased confidence that we can achieve therapeutic effect even in humans.