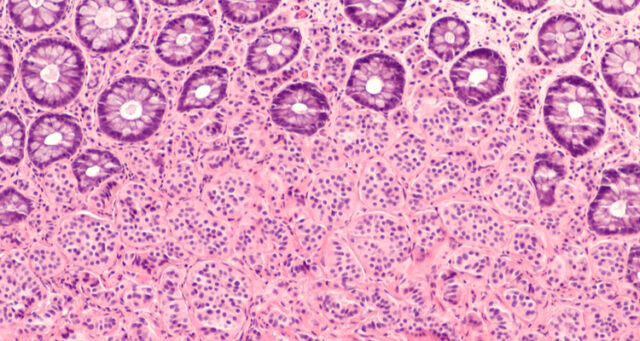 Positive phase II study results keep on trickling in for Danish Curasight, strengthening its uPAR approach to diagnostics and cancer treatment. Latest in a string of news for the company when positive results regarding neuroendocrine cancer were announced and published in the Journal of Nuclear Medicine.

Danish biotech Curasight has developed a technology that revolves around the uPAR receptor, a known biomarker for cancer aggressiveness. The company´s PET-tracer ligand uTRACE is being evaluated in a number of investigator-initiated phase II studies as a new non-invasive diagnostic tool to localise and assess the aggressiveness of cancer. The company has recently presented positive results with uTRACE in prostate cancer and head- and neck cancer.

Curasight hopes to leverage those results in the development of its second drug candidate uTREAT, which is based on the same tracing peptide, but armed with a short-range radiation therapy. The concept revolves around both candidates being used in combination, which effectively means that what the doctors can see is also what is treated – or what you see is what you treat.

On the back of recent study results, Curasight announced yet another positive outcome from Rigshospitalet in Copenhagen, this time in a phase II trial in neuroendocrine cancer patients.

The neuroendocrine cells are the integration between the nervous system and the endocrine system, playing an important part in the releasing of hormones into the body. Neuroendocrine cancer is a rather rare form of cancer that can occur in all organs, most often the lining of the gastrointestinal tract or in the lungs. The characteristics of the tumours can vary quite a lot, with some showing rapid growth and causing an overproduction of hormones, whereas others grow slowly, barely causing any symptoms at all.

More than 400 000 patients are living with neuroendocrine cancer in the US and EU, and, each year, approximately 35 000 new cases are diagnosed. Diagnosis and treatment of disease depend on a number of factors like cancer type, location and aggressiveness.

Yet another boost for the uPAR approach

The phase II trial conducted by Rigshospitalet included 96 neuroendocrine tumour (NET) patients of all different tumour grades, evaluating the prognostic value of the uPAR approach and its future potential as a therapeutic target. Followed for a median of 28 months, 68 per cent of the patients, and 75 per cent of the high-grade (G3/NEC) patients, showed uPAR lesions.

The results have been published in the high-ranking Journal of Nuclear Medicine, and, according to the researchers, the data suggest that “uPAR PET is relevant for risk stratification and uPAR may be a promising target for therapy in patients with neuroendocrine neoplasms.”

»In particular, it should be noted that while some of neuroendocrine tumours patients today are treated with somatostatin-receptor targeted radionuclide therapy, not all are eligible for this treatment due to low/no expression of somatostatin receptors. These, in particular tumours of high grade, could potentially in the future be served by uPAR-targeted radionuclide therapy.«

The latest finding underscores the general potential seen for the uPAR approach in diagnosing and treatment of cancer, and Curasight is taking it into consideration in the ongoing strategy update for the company.

»We are very excited about the positive data from the phase II study in neuroendocrine tumors patients using the uTRACE technology that has been published by researcher from Rigshospitalet. Positive results from yet another type of cancer not only underscore that uPAR-PET is a platform technology that can be used across cancer types, but the data also supports the previous findings in other indications. Accordingly, Curasight will take the published information fully into consideration in the ongoing update of our strategy. However, we are already very excited about the potential use of our platform in this indication.« ­— Ulrich Krasilnikoff, CEO Curasight