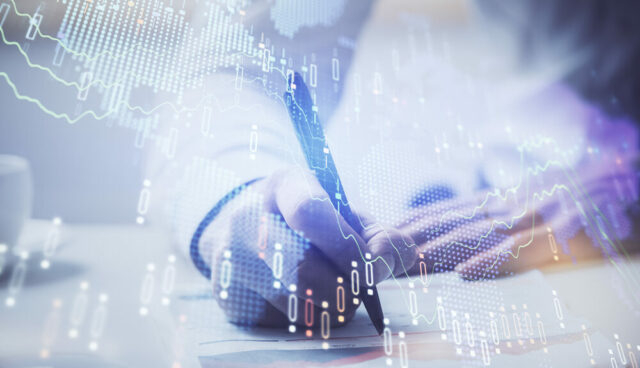 PolarCool’s Q4 report reflects the significant investments made in clinical validation of its concussion treatment device, PolarCap System. Those investments starting to pay off as net sales during the period have doubled compared to the same period last year. PolarCool expects those numbers to continue to increase in the months to come as more licensing agreements are made. BioStock spoke with CEO Erik Andersson to get his take.

As previously reported by BioStock, Lund-based PolarCool had a breakthrough year in 2021 in terms of  bringing its brain cooling device PolarCap System to new markets. The company was able to sign deals with several professional teams in top sports leagues around Europe, including the Premier League in the UK, one of the most followed sports leagues world-wide.

The deals are representative of PolarCool pushing forward with its vision of providing athletes with immediate treatment after suffering a concussion, something that no other company can currently offer.

The productive display of market expansion for the company comes on the heels of positive clinical validation for the product. The final report from a 5-year clinical study conducted by Lund University in partnership with the Swedish professional ice hockey league, SHL, was released in June 2021. Interim results among 137 athletes showed that the time of recovery from a concussion was significantly shorter among players that received treatment with PolarCap System compared to those who did not receive treatment. The result also shows a significant reduction in long-term absence in the treated group, at all examined times (3w, 4w, 8w,> 100 days). Read more here.

In Q4, the company’s net sales more than doubled compared to the same period last year, thus reflecting the positive response to the clinical validation with PolarCool’s device as well as the company’s marketing strategy, which consists, partly, in deploying company representatives, e.g., ex professional athletes who believe in the concept brought forth by PolarCool, to different potential markets. Read more here. As reflected in PolarCool’s Year-end report, much of the company’s expenses throughout 2021 went into the clinical work and continued development of PolarCap System. This translates to a negative cash flow for the year equivalent to -4.5 MSEK.

»Developing a medical device product such as the PolarCap System involves significant calculated costs. This, combined with the fact that our business model is lagging in terms of revenue, means that the road to profitability does not take place over a day. The positive thing, however, is that the successes and momentum we experienced during Q4 means that our ambition to achieve positive cash flow as soon as possible is approaching.« — Erik Andersson, CEO PolarCool

A look into the future

As pointed out by the company’s CEO Erik Andersson in the report, PolarCool’s business model is currently based on leasing agreements with customers, meaning that the income generated has delayed reporting. So, the company expects the sales figures to continue increasing through 2022, not only reflecting the most recent commercial deals made, but also the ones the company expects to make this year as PolarCool continues with its planned market expansion.

With that in mind, PolarCool will continue to implement their marketing strategy to focus on large markets and leagues, including those in the US. In fact, the company is in the process of obtaining a 510 (k) clearance for the US market.

BioStock reached out to Erik Andersson to get his thoughts on the report and the company’s business model.

Erik Andersson, PolarCool’s Q4 report shows a negative cashflow for 2021. To what do you attribute this, and do you expect the trend to flip positively this year?

– Developing a medical device product such as the PolarCap System involves significant calculated costs. This, combined with the fact that our business model is lagging in terms of revenue, means that the road to profitability does not take place over a day. The positive thing, however, is that the successes and momentum we experienced during Q4 means that our ambition to achieve positive cash flow as soon as possible is approaching.

PolarCool saw its sales double in Q4 compared to the same period last year. How do you explain this result?

– This is a direct consequence of the successes we have achieved during the autumn. That we are now seeing increased sales, even though from modest levels, is positive. We now look forward to continuing to establish the PolarCap System, both in existing and new markets.

Could you tell us about your business model and the company’s plans to generate income this year?

– First, we must acknowledge that the Covid-19 escalation that took place in January delayed the market preparations that were taking place. This when most leagues once again either shut down or needed to play without audicence, with uncertainty about the future incomes as a result. However, the decline seen regarding Covid-19 will hopefully result in that the positive trend we experienced during Q4 will return.

You are aiming for a 510(k) approval in the US by the end of this year, what remains to be done before you can receive this clearance?

– The process with the FDA continues and we are awaiting a response from them regarding our ongoing application.

Finally, is a financing round in the cards for this year as the company continues to expand to new markets?

– Depending on among other things market development, 510 (k) development and the opportunities an approval entails, this is something that is on the agenda.