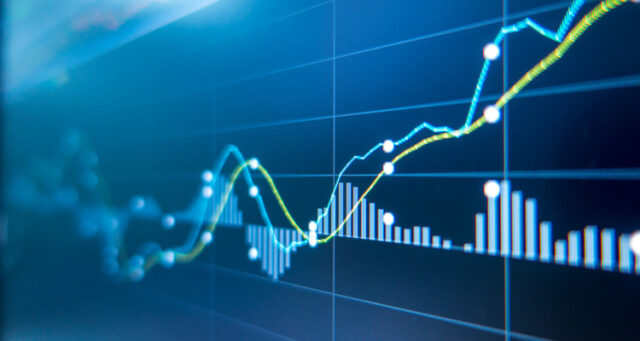 There is no doubt that type 2 diabetes has become one of the most common diseases with more than half a billion people affected, according to t International Diabetes Federation. Malmö company Pila Pharma with CEO Dorte X Gram develops a new approach, and, since July 2021, the company’s shares are listed on Nasdaq First North Growth Market. Several milestones have already been reached, and there will be several potential triggers for the stock in 2022.

According to the International Diabetes Federation, 537 million adults worldwide were living with diabetes in 2021. The forecast is bleak; by 2030 the figure is expected to have grown to 643 million, and the vast majority will be affected by type 2 diabetes.

Today, the first-line treatment consists of changing lifestyle habits and the next step is treatment with metformin. However, not everyone tolerates metformin, and some patients feel that the effect decrease over time. There are currently a variety of other options available, but several of these are associated with side effects that cause patients to stop the treatment. Injectable insulin is prescribed if nothing else helps.

There is therefore a great need for effective, easily accessible and safe alternatives to a chronic disease that is growing rapidly globally.

Malmö company Pila Pharma has the ambition to address these very factors with its drug candidate XEN-D0501, which is being prepared for the next clinical step, a phase IIb study in 2023. The company also aims to develop the candidate into a cost-effective alternative, a factor that could pave the way for the future market establishment.

Pila Pharma’s candidate targets the TRPV1 receptor, which is believed to affect the body’s secretion of and sensitivity to insulin. This receptor has been shown to play an important role in how the body perceives temperature and pain. For that discovery, American scientist David Julius was awarded the 2021 Nobel Prize in Physiology or Medicine. Since the 1990s, several projects have studied the receptor, mainly with the aim of developing a new painkiller. Pila Pharma is the only company that commercially develops a TRPV1 antagonist for the treatment of diabetes.

After a successful phase IIa pilot study, the company obtained proof-of-principle for this new mechanism of action in diabetes, which means that it can now proceed with the candidate in a larger clinical study to determine proof-of-concept.

As a step in the company’s growth and development of the project, Pila Pharma’s share was listed on Nasdaq First North Growth Market in a fully subscribed issue and capital raising of 35 MSEK. The listing was made to finance the preparation and conducting of a phase IIb study, whereupon the plan is to enter into a partnership for phase III and market registration.

Since the start of trading on 15 July 2021, the company has reached a number of milestones for the upcoming phase IIb study.

In  August, Pila announced signing an agreement with Almac Sciences for the production of the study material for the upcoming toxicology studies. Production is ongoing according to plan and will be completed when toxicology studies begin in early 2022.

In November, Pila Pharma was able to announce another agreement regarding these studies. The company signed an agreement with the CRO European Research Biology Center (ERBC), based in France and Italy, to conduct the three-month toxicology studies. Read more.

During the autumn, Pila Pharma submitted an application for an international user patent for XEN-D0501, which, if approved in 2022, will provide protection until 2042.

Price potential according to CEO and analyst

The market has so far treated the Pila share with reservation, and, like many other drug developers, the price potential may be realised when the company has shown proof-of-concept after a phase II study.

During the autumn, the company’s founder, largest shareholder and CEO Dorte X Gram increased her holding in the company. In November, she reported the acquisition of 31 570 shares at a price of 6.50 SEK and her holding in Pila Pharma now amounts to a total of 31.1 per cent. Read more.

However, Pila Pharma themselves are not alone in seeing share potential. In December 2021, the market research firm Redeye published an analysis with a base scenario target price of 12 SEK, just over 80 per cent above the current price and 33 per cent above the listing price of 9 SEK per share. The analysis can be found on Pila Pharmas website.

Regardless of the calculation, the company will continue to reach milestones in 2022, something that it has delivered so far without having had a positive impact on the share price.

According to Pila’s the plans, the phase IIb study will start in 2023 with an initial result reading one to two years later.

The path towards the phase IIb study is not unimportant for the valuation of the company – the right staff, patent protection, preclinical data and reasonable financial planning are important parameters in the equation.

Pila Pharma’s main focus is on diabetes, but their knowledge of TRPV1 antagonists may also open up opportunities in other indications in the future. Exploration of this has already been set in motion.

The company’s fourth quarter report is scheduled for release on February 18. Upcoming events that may affect the Pila Pharma’s share price in 2022 are: