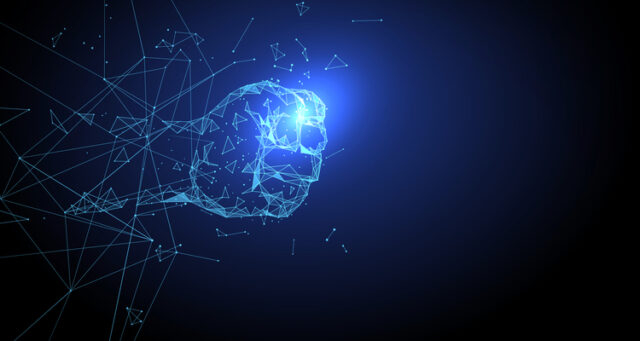 In 2021, PolarCool took large strides in its ambition to bring its brain cooling device PolarCap System to new markets. After positive clinical validation efforts, PolarCool has greatly expanded its European market presence within a wide range of professional sports and is now eyeing the US. BioStock got in touch with PolarCool’s CEO Erik Andersson to hear how he evaluates 2021 and what 2022 will shape up to look like for the company.

PolarCool is a medical device company based in Lund, Sweden, that has a vision to help athletes feel better about playing the sport they are passionate about without worrying so much about cutting their careers short due to concussions. Early-stage cooling is critical in preserving brain function and resisting long-term cognitive impairment, and the company’s PolarCap System does this by applying non-invasive, surface cooling technology. The device is easy to use, it deploys quickly, and it delivers highly efficient controlled cooling immediately after injury.

During the year, PolarCool’s device has been further clinically validated. A final report from the 5-year clinical study conducted by Lund University in partnership with the Swedish professional ice hockey league, SHL was released in June 2021. Read more here. Since that release, the company spent the latter part of 2021 planting its flag across Europe.

On its home turf of Sweden, the medtech company has signed deals with top teams in both the Swedish Hockey League (SHL) and in HockeyAllsvenskan, while also providing its device to the Swedish men’s national teams in handball and American football. Outside of Sweden, PolarCool has made breakthrough agreements in Switzerland, France, and in the UK, where PolarCool signed a 6-month trial agreement with Premier League team Leeds United. This deal represents a breakthrough in what is arguably the most recognised league in sports, globally.

Such breakthroughs have garnered a significant amount of media attention for PolarCool, especially in France where PolarCap has been introduced into the Top 14 Rugby league. Six-week evaluation agreements were signed with Stade Français, and Biarritz Olympique, and in late 2021, Stade Français made the decision to sign a two-year commercial deal with PolarCool after a positive evaluation of the device. In the meantime, a third team in the league, Clermont Auvergne, has also signed an evaluation agreement.

In October, A French rugby union website called Le Rugbynistère picked up the news relating to the initial 6-week deals and featured an article on its website. Then, last week, PolarCap was featured in the sports section of Le Parisien, which is a leading newspaper in France. The article highlights PolarCool´s potential impact on the French market. Furthermore, it features quotes from Dr Elliot Rubio, team doctor of Stade Français, and Dr Remi Gaulmin, team doctor of Clermont Auvergne, who speak positively about their experience using the device on players that have sustained a concussion.

The article goes on to propose an extended evaluation of the PolarCap System by all teams in the two biggest professional rugby leagues in France, the Top14 and Pro D2, to further evaluate the treatment provided by the PolarCap.

»The international attention that PolarCap System now gets is very positive. The article also describes the positive feedback from the users being very content with the treatment. This feedback is also well aligned with the trend that we see regarding those who have started using the PolarCap System wanting to continue.«

Overall, 2021 opened the floodgates for PolarCool, which has been able to bring its vision for concussion treatment within several sports across Europe. The positive response to the device so far gives way to a significant opportunity for PolarCool to continue its expansion into new markets. This also means the US market, where PolarCap has significant potential for a breakthrough. Read more about this potential here.

BioStock got in touch with PolarCool’s CEO Erik Andersson to get his thoughts on 2021 and what he most looks forward to in 2022.

Erik Andersson, would you say PolarCool met expectations during 2021?

– I think so, considering the peculiar situation in the world due to Covid-19. Our ambition has been and continues to be to break ground in the European market for PolarCap, which we have succeeded in doing during 2021.

What would you say has been PolarCool’s most important achievement last year?

– It’s difficult to choose something special, but the fact that a small company like PolarCool, thanks to a lot of work in 2021, was able to submit a 510 (k) application to the FDA, which is now in the final phase, was a very important step for PolarCool. The continued partnership and collaboration with the SHL were also gratifying. I also want to highlight the beginning of breakthrough in rugby, which, from a commercial standpoint, is also very interesting, as that particular sport is very popular, in Europe and across the globe.

What are your plans for sustained growth as we look at the year ahead?

– PolarCool is now in a very exciting situation where we are in a process of strengthening the sales organisation. Sales and market establishment will be PolarCool’s priority in 2022 together with the completion of our own quality system to meet the requirements regarding MDR.

Finally, what do you most look forward to in 2022?

– I look forward to the continued establishment of the PolarCap System in the European market. In addition, I look forward to a scientific publication regarding the now completed follow-up study conducted by Lund University together with the SHL, which now contains 5 years of data. Last but perhaps most important, I look forward to a market approval in the US, which will mean substantial growth opportunities for the company.