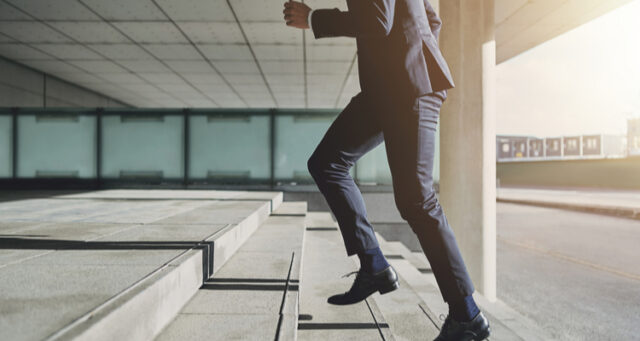 Lund-based drug developer Respiratorius has reported several important milestones during the autumn. Among other things, its cash position was strengthened at the beginning of the third quarter, and positive preclinical results was reported in the RESP9000 project. BioStock contacted the company’s CEO Johan Drott for a comment on the third quarter and what milestones he is looking forward to.

Respiratorius is developing two drug candidates that target two very different indications. In the first project, VAL001 is developed for the treatment of diffuse large-cell B-cell lymphoma, with the goal to be used in combination with R-CHOP, which is the current standard treatment for the disease.

In the second project, RESP9000, the drug candidate RCD405 is developed to targeting COPD and severe asthma.

PK study next step for VAL001

Working on VAL001, the current focus lies on further enhancing the value of the project for a potential outlicensing in order to differentiate the candidatethrough a careful determination of the candidate’s pharmacokinetic profile, from other generic preparations based on valproate, which is the active substance in VAL001.

In light of the positive phase I/IIa results and its Orphan Drug status, the European Medicines Agency (EMA) has previously recommended that the company conduct only one pivotal phase III study, instead of two. In addition, the authority has recommended going directly to phase III without the need for a phase IIb study. This shortcut brings great benefits to the project, avoiding the extensive and costly work of at least two additional clinical studies. It also provides a shorter time to market approval.

Working with enhancing the value of the project, the development of a new formulation was recently completed – a capsule that combines an immediate and delayed release of the active substance. Production of the new capsules is now underway, and the next step will be to carry out a phase I pharmacokinetic study using the new formulation. Provided that the company receives all the necessary approvals, the study will begin during the winter. In this context, it is worth noting that a phase I study is significantly smaller in scope compared to a phase IIb study, and a prerequisite in the work to develop a more user-friendly, and thus more valuable, formulation of the candidate.

In the development of RCD405, Respiratorius recently reported positive results from an ex vivo efficacy study conducted on tissue samples from rats, dogs and humans. The study compared the candidate with comparable drugs already established on the market. The results determined that the bronchodilating effect of RCD405 is on a par with other comparable substances, which bodes well given that Respiratorius’ candidate also has an anti-inflammatory effect. This means that – in addition to symptom relief – it also has the potential to affect the underlying inflammatory condition.

In addition to the success of the project, Respiratorius was also able to announce key patent related news at the end of the third quarter. RCD405 received, along with the other substances in the RESP9000 project, patent approval in Europe. The company also received positive information from the Brazilian patent and trademark office, which chose to approve its patent application for VAL001. According to Respiratorius, further applications have been submitted in several countries and it is hopeful that it will be able to continue reporting positive patent news going on forward.

BioStock contacted Respiratorius’ CEO Johan Drott for a comment on the news-intensive autumn and what he sees ahead in the near term.

Johan, first of all, what is your view of the past quarter and all the positive news you have been able to deliver?

– The results we have achieved are very important for each project. I am especially thinking of finally being able to start the production of VAL001, and the important results from the RCD405 efficacy study. Of course, the first granted patent for RCD405 is also positive, but expected after the previous positive review.

– In summary, it has been an intense quarter with several positive results.

The increased activity naturally comes after you strengthened the team at the beginning of the year. What are your expectations in the development going forward and what milestones are you looking forward to in the near future?

– Right now, our focus is to start the pharmacokinetic phase I study for VAL001 as soon as possible, which requires regulatory approval and that the production of VAL001 is completed. For RCD405, the activities of the preclinical program are progressing, and we are now approaching the initiation of the toxicological studies.

– The review process of the VAL001 formulation patent continues. In one of several countries, we have recently submitted an important submission which we hope will be convincing and lead to approval. In all the countries where we have applied, the patent application is in advanced stages.